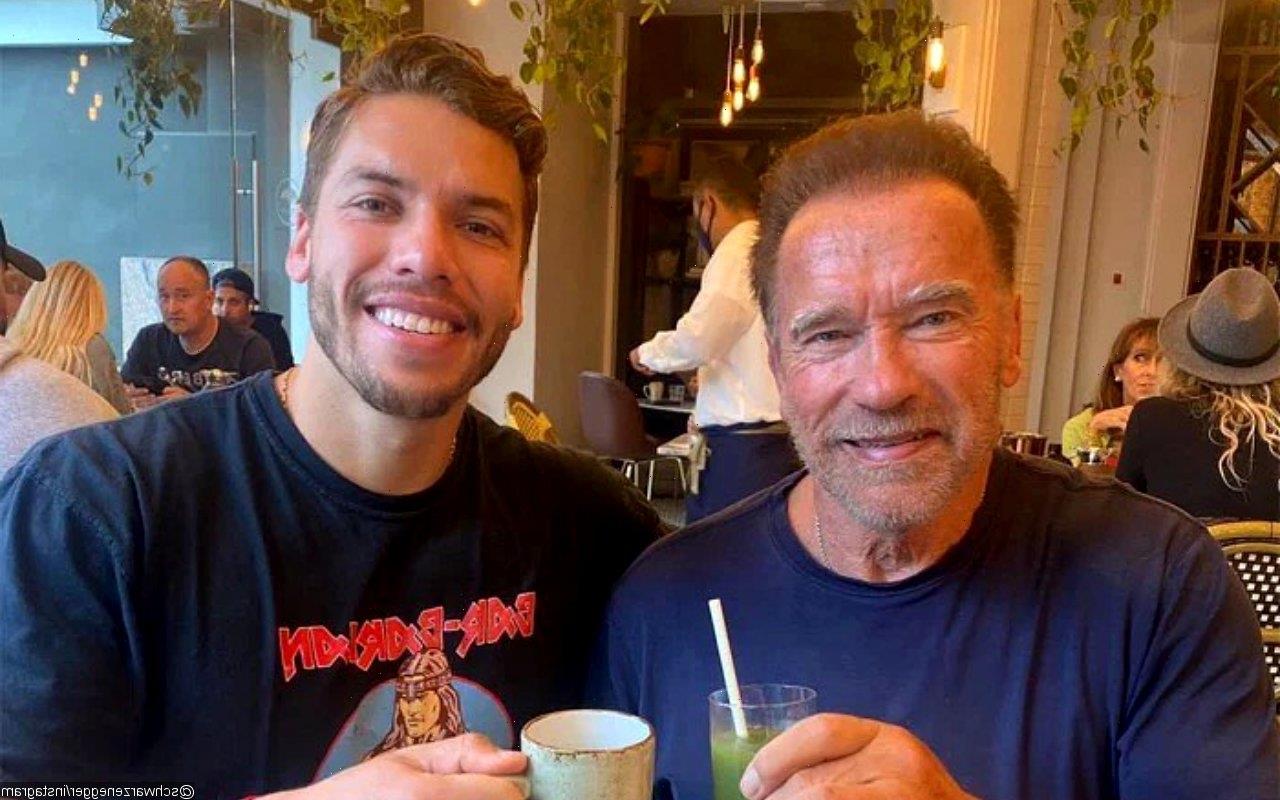 Joseph, whom the actor shares with his former housekeeper Mildred Baena, also takes to his own Instagram page to thank his dad for celebrating his birthday.

AceShowbiz –Arnold Schwarzenegger made sure that Joseph Baena had some extra love on his special day. To celebrate his son’s 24th birthday, the former California governor took to his social media account to share a sweet tribute to him.

Making use of Instagram on Saturday, October 2, the 74-year-old Hollywood star shared some pictures of him and his child. The first snap saw the father-and-son duo posing next to each other during a meal. In the second photo, they could be seen enjoying a bike ride.

In the caption of the post, the “Terminator: Dark Fate” actor gushed, “Happy birthday @projoe2! I am so proud of you and I love you!” The proud dad went on to note, “You are crushing it in the gym, in your real estate career, and in acting. I know this will be another fantastic year.”

Later on Sunday, Joseph took to his own Instagram page to post a picture of him, his father and his older brother, Roger Baena. In the image, he could be seen sitting in front of a birthday cake. “So thankful for all the birthday wishes yesterday!!!” he first exclaimed in the caption.

“23 was amazing! It was filled with new friends new experiences and most importantly, a lot of goals met,” he went on. “Feeling extra grateful and excited to see what happens in year 24!”

Joseph is Arnold’s son from his extramarital affair with former housekeeper Mildred Baena. He was born just weeks after Arnold and Maria Shriver welcomed their youngest son Christopher Schwarzenegger in 1997.