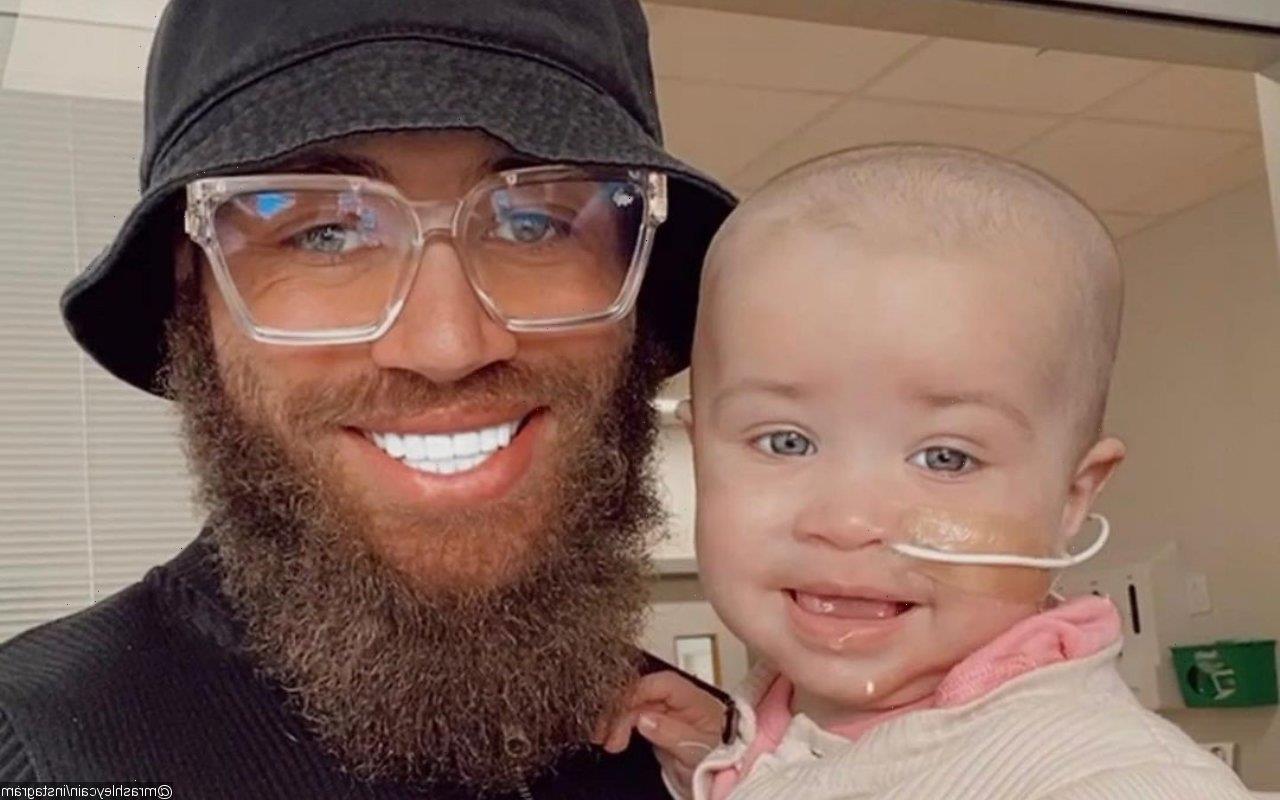 After the medical team told him to ‘make the most of the weekend,’ the former soccer player remains defiant, stating, ‘I ain’t got no plans of this little one going anywhere this weekend.’

AceShowbiz –Ashley Cain believes that his cancer-stricken daughter can fight her illness. Revealing that Azaylia’s medical team told him to “make the most of the weekend” with her, “The Challenge” alum made it clear that he is optimistic she won’t be “going anywhere.”

On Friday, April 23, the 30-year-old dad shared on Instagram Story a clip of himself while taking his daughter for a stroll. He began the video by stating, “The palliative care team told us to make the most of the weekend and you understand what that message means, the fact of the matter is we make the most of it everyday, we enjoy everyday.”

“I tell you what, I got no plans for her going anywhere this weekend. I’m an optimist. I’m a believer. I’ve got a positive mind frame and I know her strength. I know mine,” he further stressed. “I ain’t thinking them things because I don’t have to be told to make a special effort to enjoy her because I enjoy her every day. I ain’t got no plans of this little one going anywhere this weekend, trust me. Let’s go champ, Let’s go.”

Cain and his girlfriend Safiyya Vorajee have kept sharing updates on their 8-month-old daughter’s condition amid the tot’s battle with Leukemia. Two days earlier, he divulged that he had to rush his baby back to the hospital because he couldn’t feed her through her tube.

“We’re back at the hospital for an X-ray now to check if the tube’s in the right place and if it’s not, clear a passage for a new tube because it’s urgent she gets her food and medication,” he explained in his Instagram Story. “The are no easy days on this journey, trust me.”

“We just had to come back to the hospital now. When we were testing Azaylia’s tube, her NG tube, it’s not coming back with the correct pH [balance],” the ex-soccer player continued. “That means we can’t feed her down her tube. We can’t put medication down her tube, so that means we’ve got a problem.”