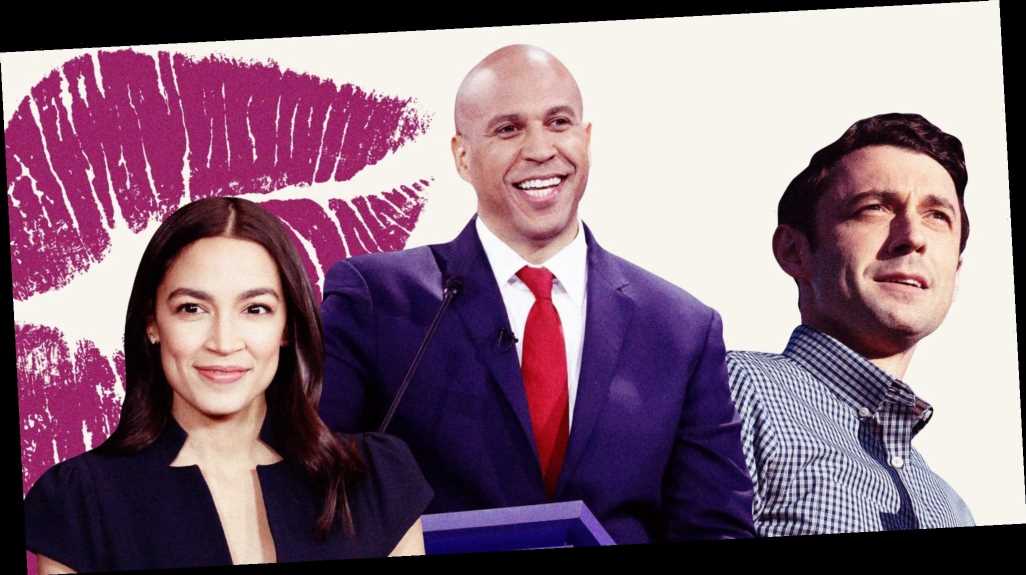 Well folks, we are nearing the end of 2020, a year that did the most to such a degree that it has become hacky to quip about it doing the most. Continuing apace in the backdrop of this year’s series of apocalyptic events was an election, hilariously, which introduced us to some new, some familiar, and some crushable politicians.

You may think it’s cringey to lust after Pete Buttigieg while he’s talking about infrastructure, or Joe Kennedy who has absolutely no business trying to primary Ed Markey, or Alexandria Ocasio-Cortez who really would just like to focus on healthcare for like one moment. But in this reporter’s opinion, horniness is a perfectly natural reaction to stress, which I’m assuming is what led to Map Daddy Mania in November, as well as entire corners of the internet devoted to certain elected officials.

Therefore I give you 2020’s most crushable politicians, according to the internet, in no particular order.

It wasn’t until I watched the Georgia senatorial candidate lay into David Perdue in that deep, sexy voice of his: “Not only are you a crook …” that I began to look at Ossoff in a new light. I couldn’t begin to tell you what is so attractive about righteous indignation, but it is there and it is giving me flutters. He could tell me all about government corruption while I run my fingers through that wavy, dark hair.

Show me a human who does not have a crush on the progressive Congresswoman and I’ll show you a liar. There is an army of internet groupies who have been madly in love with AOC since she first ran for office, and it’s not just that she is objectively hot as hell. She’s made congressional hearings on CSPAN must-watch TV. She explains complicated progressive policy while cooking dinner on Instagram live. Not even conservatives can fight the feeling.

Pressley is loud and proud about her alopecia and honestly, with those cheekbones wouldn’t you be? As one TikToker rightly explained: “Go listen to ‘Hair, Body, Face’ by Lady Gaga that is about her.”

While I did not want Prince Harry: America Edition to become a state senator and replace Ed Markey in Massachusetts, I don’t necessarily want him to leave my screen like, forever.

Is it disrespectful to have a crush on the Vice President? Too late, I guess.

Mayor Pete is nerdy hot. Like the guy in the movie who’s your best friend and you don’t realize you have a crush on him until it’s prom and he’s in a suit and you slow dance and you discover for the first time that he actually smells really good? I don’t know. But he wants to fix the roads and also — dimples. He doesn’t post his own thirst traps, Chasten does it for him.

I didn’t say they had to be American politicians. Competence is sexy.

Look out Suburban Housewives! Cory Booker is coming to a neighborhood near you! And that’s the story of how all the women in the suburbs decided to vote Democrat. But seriously, the man rescues people from burning buildings, he shovels neighbors’ snow, and he does it all with this ridiculously sweet smile and earnest “who, me?” attitude. Cory Booker is a lover, it’s his whole brand. I would absolutely let him read Anna Karenina to me every night over the phone.

Julian Castro is a dreamboat and I love him. Also his progressive policies are good too, I suppose. But best of all — he comes in a pair.