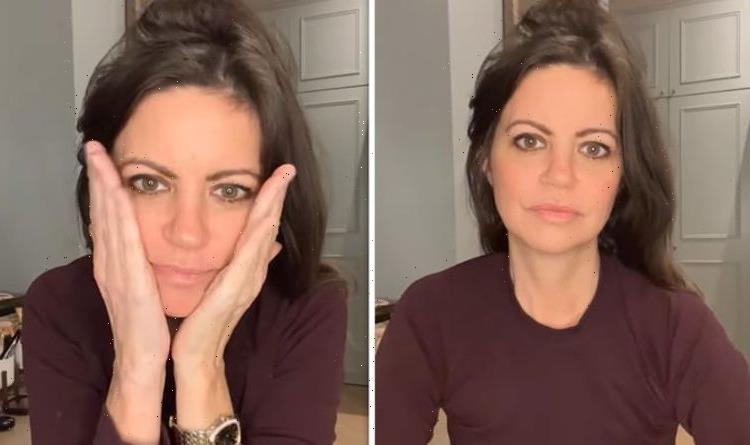 Deborah James reveals followers have commented on her weight

Deborah James, 40, took to Instagram today to assure her 228,000 followers that she was actually gaining weight rather than losing it. Deborah presents BBC Radio 5 Live’s podcast You, Me and the Big C and is also a newspaper columnist.

The presenter began by wishing her fans a happy January 4, before she went on to detail some of the “really triggering” messages she had received from followers who felt she had lost too much weight.

Deborah began: “I’m going to tell you something. I am actually putting on weight.

“However, my face doesn’t look like I’m putting on weight and I keep on getting these messages saying, ‘I think you are not eating, you’re too skinny and it’s upsetting me’.

“These are not nice messages and I know 99 per cent of you don’t send me those kinds of messages,” she continued.

“I’m sure in this climate, my word! The whole diet culture, anything to do with judging other people for what their weight is, what they eat, what they’re not eating or whatever…

“Anyway, that aside, I just realised also because I was speaking to my doctor and my family about it and I said, ‘You know, people think that I look really skinny?’

“And of course, I’ve lost weight. I had three months of colitis.

“It’s also the first time in five years that I’m not on any kind of steroids, just because I’m on a treatment break.

“So I think people have got used to my hamster steroid face,” Deborah quipped.

“This is my face pre-cancer, pre-steroids, although five years later with a lot more wrinkles and worse skin,” she said with a laugh.

“But those messages – you know what I was thinking – they can be really triggering.

“And I know people probably mean well, but if it’s triggering for me…

“I was thinking, in this climate, all that messaging coming in left, right and centre…

“Unless it’s based on science, I call it w***y wellness essentially, ‘Do this, don’t do this!’

“I just think: switch it off, go watch a movie and that’s what I’m going to do.”

Writer and presenter Deborah is a passionate patient advocate and patron of Bowel Cancer UK.

Her proactive, positive attitude in the wake of being diagnosed with stage 4 cancer makes her an inspiration to many.

The mother-of-two was diagnosed with incurable bowel cancer in December 2016 and over five years later, she continues to be a powerful voice for cancer sufferers all around the world.

In September, Deborah celebrated turning 40 despite initially being told by doctors that she “wouldn’t see” her next birthday.