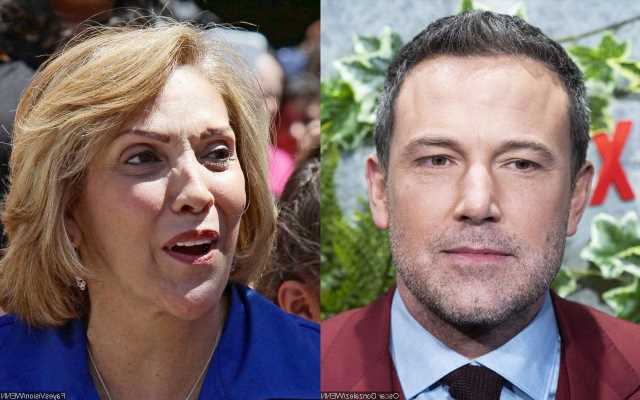 After being caught having fun together with her daughter’s beau, Guadalupe Rodriguez is reportedly ‘happy’ that the ‘Justice League’ actor is back in the ‘On the Floor’ hitmaker’s life as she ‘loves’ him.

AceShowbiz –Ben Affleck seemed to have won Guadalupe Rodriguez‘s heart. The “Batman v Superman: Dawn of Justice” actor has been seen spending some quality time with Jennifer Lopez‘s mother, “gambling together” with the “On the Floor” hitmaker’s mom in Las Vegas.

On Wednesday, June 9, the “Gone Girl” actor was caught hanging out with Guadalupe at the Wynn resort and casino in Sin City, where the 48-year-old Hollywood star is reportedly filming and directing a new project. A source spilled to E! News that “they enjoy gambling together and have done it in the past. Ben had the opportunity to work in Vegas this week and she came out.”

Of Ben and J.Lo’s possible romance, a source reported to E! News that “Guadalupe loves Ben.” Offering more detail, the insider told the publication, “[Guadalupe] is happy that he is back in Jennifer’s life.”

During the casino outing, the pair were surrounded by a camera crew and security guards, with Guadalupe enthusiastically talking to Ben and the crew in between takes. The 75-year-old mom, who once won $2.4 million at an Atlantic City casino and was dubbed a “big gambler” by none other than J.Lo herself, hasn’t been confirmed to be involved in the project.

In a video obtained by TMZ, Ben was seen shooting scenes at the casino. The Academy Award-winning writer started walking as someone yelled “action,” but sources said he also served as director for the project. Meanwhile, his rumored girlfriend was not spotted at the resort as she has flown back to Miami.

Ben reportedly will likely reunite soon with the “Hustlers” actress as they “are discussing summer plans,” which may include taking a trip together. A source informed PEOPLE that they “want to spend as much time together as possible” despite living on opposite coasts.

Amid rumors of rekindled romance between the “Justice League” actor and the 51-year-old singer/actress, a source revealed that “the stars planned to announce their reunion in a more tightly controlled way.” “The Boy Next Door” actress was also said to have planned “to make an announcement that they are back together on Instagram.”