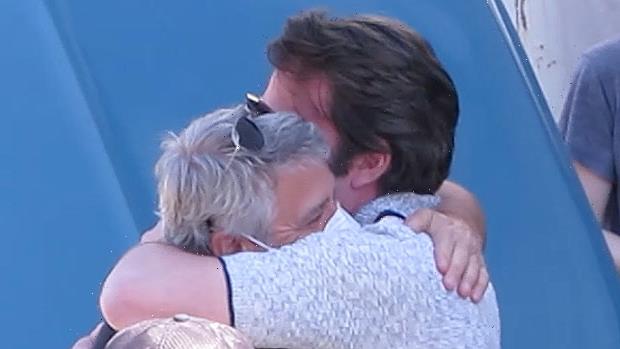 Ben Affleck, 48, turned heads on Apr. 13 when he was seen walking and hugging George Clooney, 59, on the set of their upcoming film The Tender Bar. The actor was dressed in character with a gray polo shirt, jeans, and some vintage sunglasses as he walked beside his co-star, who was wearing a black polo shirt, jeans, and a white face mask, and eventually embraced him to say goodbye. It was the last day on the set in Ipswich, Massachusetts and both men were near a light blue classic convertible during the sighting. 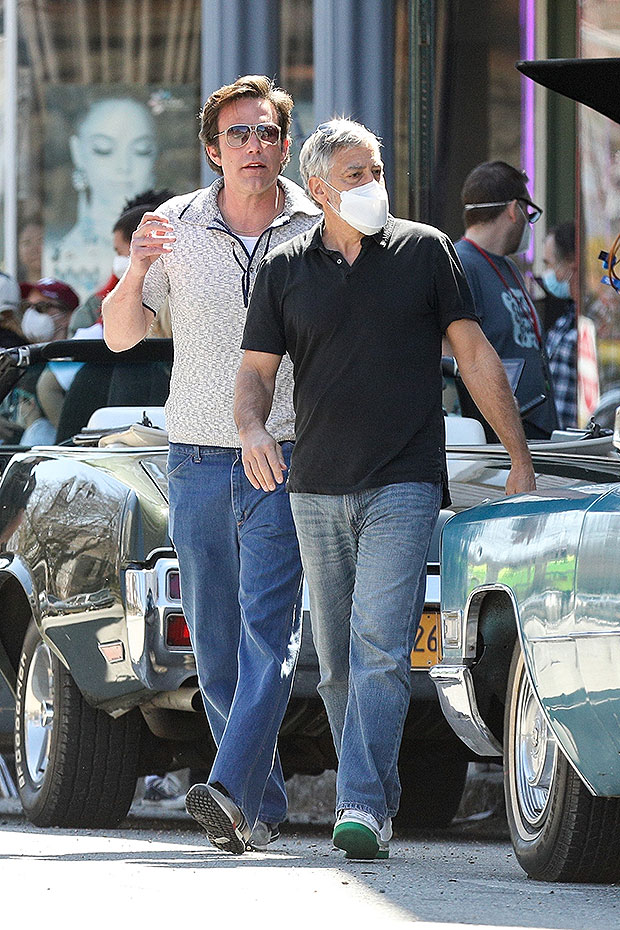 At one point, before they left the set, they were seen filming a fun scene that involved loading actor Max Casella‘s car with cases of beer. 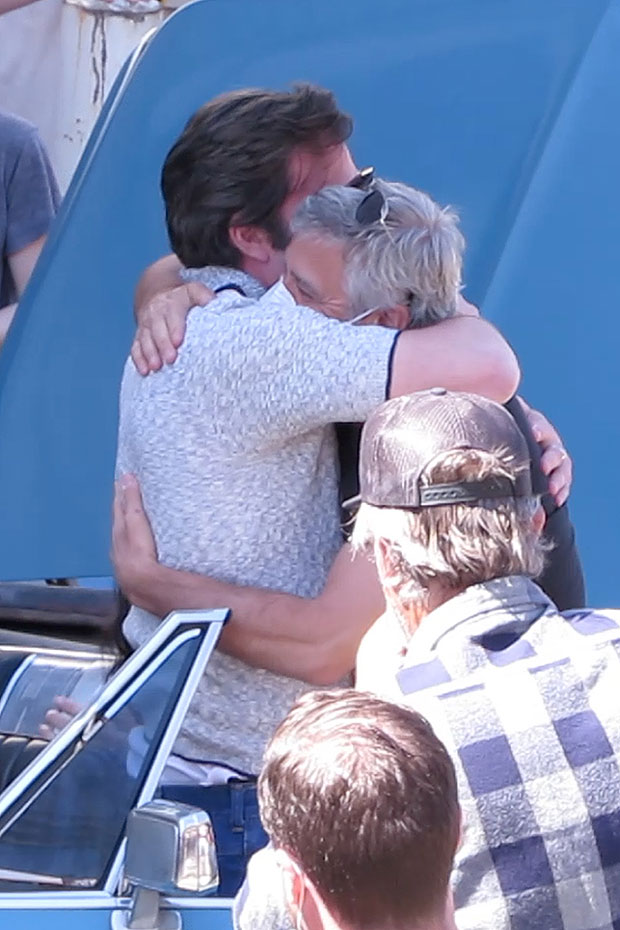 The Tender Bar is based on the 2005 memoir of the same name by Pulitzer Prize-winning writer JR Moehringer. It’s about the author and his early years in New York City as he searches for his father and grows close to his uncle and some locals at a nearby bar. Other famous actors involved include Christopher Lloyd, Tye Sheridan, and Lily Rabe.

Production for the film had years of struggles before Amazon Studios bought the rights to the project in July 2020. George was one of the first leading cast members to be announced in Dec. and Ben’s participation was announced in Feb. Most of the rest of the cast was only added last month. Although anticipation for the film is high, it’s not yet clear when it’s being released.

Before The Tender Bar, which was filmed at various locations around Boston, Ben and George worked on the 2012 film Argo together, so they’re definitely not strangers. Earlier this month, Ben was spotted playing softball with George on the set of the flick and like with the latest sighting, he looked years younger with a clean shaven face and longer hairstyle.