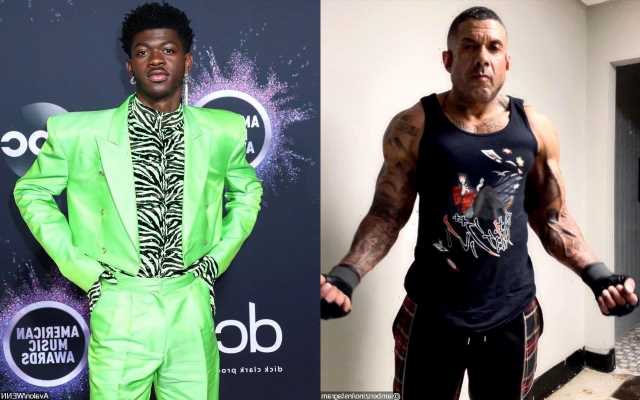 While criticizing the ‘MONTERO (Call Me by Your Name)’ rapper’s kissing scene with one of his dancers, the ‘Love & Hip Hop: Atlanta’ star argues that it was ‘unexpected and unnecessary.’

AceShowbiz –Benzino is one of those who was not impressed with Lil Nas X kissing his male dancer while performing at the BET Awards 2021. While criticizing the “MONTERO (Call Me by Your Name)” rapper on social media, the “Love & Hip Hop: Atlanta” star called the gig “lame.”

“That s**t BET pulled yesterday was lame asf,” he first penned in a text image shared on Instagram on Tuesday, June 29. “It was too uncomfortable, too irresponsible, too forced and too irrelevant to the awards.”

Benzino went on to argue in the since-deleted post, “Homie ain’t even hot like that for music anymore anyway. It’s a shame what all this is comming too. I wish I has the backing to bring the Source Awards back.” He then expressed his thoughts in the caption by noting, “I bought ol town road for ZINO, he knows every word but all the satanic s**t I’m just not with.”

“I mean, how do you explain s**t like this to your kid?” the father of Coi Leray further pressed. “I got nothing but respect and love for the gay community but that ain’t it, I could see if he was pooping but it was unexpected and unnecessary. I didn’t care for the Madonna kiss either. I could see if they way dating. Now I hope I don’t offend anyone because this post wasn’t meant for that. It’s just my opinion of the production. Only God judges.”

Benzino’s criticism came just one day after Nas X responded to the backlash over his BET Awards performance. Making use of Twitter, he fumed, “Y’all hate yourselves so much. y’all live your lives trying your best to appease straight ppl. y’all are uncomfortable with what i do because y’all are afraid they will be uncomfortable with you. work on yourselves, i love who i am and whatever i decide to do. get there.”

“we are 4 months in and people are still acting surprised that i am being gay and sexual in performances of a song about gay and sexual s**t,” he continued. “like the song is literally about gay sex what y’all want me to do play the piano while baking a cake?”