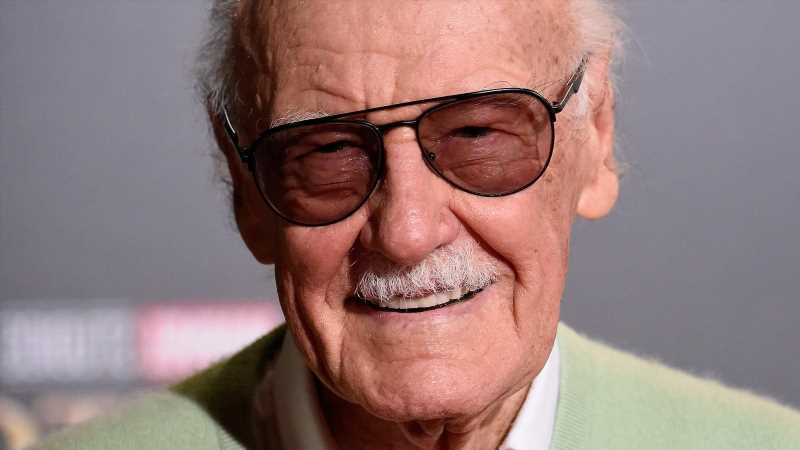 There are few sitcoms as hilarious, heartwarming, and long-lasting as “The Big Bang Theory.” The series following a group of nerdy scientists and their endeavors in life and love captured a large audience and, over the course of the series, landed some pretty big guest stars on the show. As “The Big Bang Theory” focused a lot on science, superheroes, and science-fiction movies and shows, it makes sense that many of the series’ guest stars would range from stars of major sci-fi films to comic book industry legends, to real-life scientific geniuses.

Pretty much anyone who has seen an episode of “The Big Bang Theory” knows that one of the most iconic characters never actually appeared on screen. Howard Wolowitz’s mother, Mrs. Wolowitz, was somewhat of an enigma. She had a very distinct voice, had made Howard into somewhat of a momma’s boy, and apparently loved to eat and hated to exercise. Yes, Mrs. Wolowitz was certainly an entertaining character on the show, despite never actually making an appearance on camera.

Sadly, the actor behind Mrs. Wolowitz, Carol Ann Susi, had a tragic ending. According to The Hollywood Reporter, Susi died from cancer at the age of 62 in 2014. As her character never actually appeared on the show, the creators could have just continued to let Mrs. Wolowitz live, but, presumably to pay tribute to Susi, they decided that Mrs. Wolowitz should also die. Specifically, Mrs. Wolowitz died peacefully in her sleep while vacationing in Florida and the main characters grieved for her. The show went on to pay homage to her when they introduced Howard and Bernadette’s children, never showing them on camera until the series finale. Notably, as a baby, daughter Halley had a cry that sounded a lot like Mrs. Wolowitz’s screams.

Stephen Hawking was a beloved guest star on the series

When a show features as many brilliant scientists as “The Big Bang Theory” does, it’s only natural to assume that the characters would idolize and be massive fans of other brilliant scientists, such as Stephen Hawking. Hawking, best known for his book “A Brief History of Time,” truly changed the world of physics, despite his diagnosis at the age of 22 with motor neurone disease. And because Hawking was such an iconic real-world scientist, his appearance on “The Big Bang Theory” was equally iconic.

According to The Hollywood Reporter, Hawking was a part of seven episodes of the sitcom. Creator Chuck Lorre told the publication that Hawking was a true professional. “All of professor Hawking’s dialogue was preprogrammed and triggered through a voice synthesizer,” Lorre said. “When we offered to do that, we were told he preferred to program and trigger his lines by himself. He wanted to ‘act.'”

Stan Lee, the mastermind behind such Marvel comic book characters as Spider-Man, Black Panther, Iron Man, Thor, Hulk, and more, was obviously beloved by the characters on “The Big Bang Theory.” After all, the scientists often spent much of their free time at their local comic book store and would line up to catch the premiere of a new superhero movie with as much excitement as a kid going to Disney World. So, when Lee appeared on the series, it was obviously a big deal.

Lee appeared on the Season 3 episode “The Excelsior Acquisition,” when Sheldon and Penny track him down after Sheldon isn’t able to attend an autograph signing with the rest of the guys. It’s obvious the characters were a bit obsessed with Lee, and who could blame them?

Sadly, Lee died in 2018 when he was 95, after a long life and a successful career in the comic book industry, as The New York Times reported. To say that Lee’s impact was unparalleled would be an understatement.

By now, you’ve noticed that “The Big Bang Theory” landed plenty of great guest stars and recurring characters who were all perfect fits for the series. There really wasn’t a cast member or guest star on the show who wasn’t perfectly cast, and actor Adam West, who played the titular superhero in the 1960s TV series “Batman,” was no exception. His superhero past, of course, wasn’t something that was lost on either fans or main characters when he appeared on “The Big Bang Theory.”

West appeared on the Season 9 episode “The Celebration Experimentation,” playing himself. Sheldon’s friends invite him to Sheldon’s birthday party after learning Sheldon had gotten his hopes up that Batman would appear at his 6th birthday party so many years ago. On his way to Sheldon’s birthday party, West even pokes fun at his role in “Batman” when he says he thinks Michael Keaton was the best Batman. West’s role in the show as himself was seriously sweet, which makes it all that much more sad that West died as a result of leukemia in 2017 at the age of 88, as noted by The Hollywood Reporter.

Carrie Fisher's death was a tragedy

Carrie Fisher was an icon in Hollywood — and in science-fiction movies, in particular, as she starred as Princess Leia in the “Star Wars” franchise. So, it makes sense that she would appear as herself on “The Big Bang Theory,” bringing some pretty cool star power to the show.

Fisher appeared in a Season 7 episode in which Sheldon hangs out with James Earl Jones. At one point, the two appeared on her doorstep to ding-dong ditch her. Fisher then runs out of her house with a baseball bat ready to fight and yells out, “It’s not funny anymore, James,” making it clear that Jones regularly pranked her. It was a cool moment to see Fisher be silly on screen and to watch Sheldon prank her with another “Star Wars” icon, too.

Sadly, Fisher died after going into cardiac arrest when she was 60 on December 27, 2016. According to the Los Angeles Times, Fisher’s autopsy revealed that she had “cocaine, methadone, MDMA (better known as ecstasy), alcohol and opiates” in her system at the time of her death. Fisher’s passing was tragic in so many ways, but at least fans got to see her funny side on “The Big Bang Theory.”

To say that Sheldon Cooper on “The Big Bang Theory” was a huge “Star Trek” fan would be an understatement. Specifically, Sheldon related to and loved Spock, played by actor Leonard Nimoy. Spock would end up being an important figure in Sheldon’s life later in the series, but his love towards the character, and Nimoy in general, was revealed early on. For instance, he was absolutely star-struck when Penny gifted him a napkin with Nimoy’s autograph and DNA on it back in Season 2.

Sheldon had such an affinity for Nimoy — especially for his portrayal of Spock in “Star Trek” — that he imagined speaking to Spock when he needed advice in a Season 5 episode.

In 2015, Nimoy died when he was 83 from end-stage chronic obstructive pulmonary disease, as reported by The New York Times. Following the sad news of his death, “The Big Bang Theory” paid tribute to the actor’s life with a picture of Nimoy and a touching note from creator Chuck Lorre at the end of an episode (via The Hollywood Reporter): “The impact you had on our show and our lives is everlasting.”

Because of the premise of “The Big Bang Theory,” it makes sense that many of the show’s guest stars and cast members would have ties to smart or geeky things — like the science field or “Star Wars” and “Star Trek.” But that wasn’t always the case. In a Season 4 episode, “Arrested Development” star Jessica Walter plays a wealthy university donor who makes a large donation to the science department because she’s, well, horny for Leonard (via TVLine). Obviously, fans of Walter know that the actor is excellent at portraying a rich, seductive woman of a certain age, and that’s exactly what she did on “The Big Bang Theory.”

Unfortunately, Walter died in her sleep in 2021 at the age of 80, as reported by Deadline, after a life well lived and a career full of accomplishments.