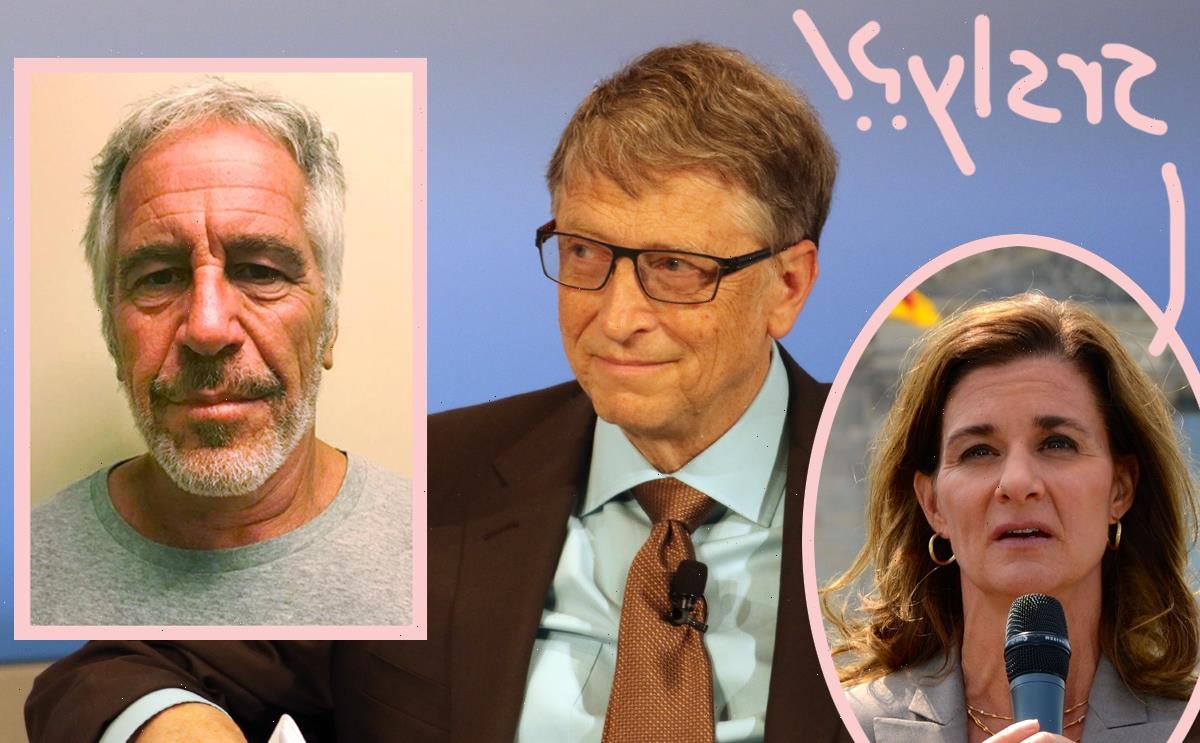 What is with all these rich dudes being friends with Jeffrey Epstein?! How disgusting!

We’ve talked a lot about how former presidents Donald Trump and Bill Clinton, as well as others, were inexplicably close with the late “billionaire pedophile.” But did you know Bill Gates also had significant ties with the accused underage sex trafficker??

It’s true! The New York Times reported on their relationship back in October 2019 — just a couple months after Epstein’s incredibly suspicious death in prison. According to the outlet, the two began meeting in 2011. In 2013, they reported, the Microsoft founder even went for a ride on Epstein’s private plane — you know, the one sometimes called the Lolita Express.

Gates confirmed his multiple meetings with Epstein but denied any wrongdoing, saying:

“I met him. I didn’t have any business relationship or friendship with him. I didn’t go to New Mexico or Florida or Palm Beach or any of that. There were people around him who were saying, ‘Hey, if you want to raise money for global health and get more philanthropy, he knows a lot of rich people.’ Every meeting where I was with him were meetings with men. I was never at any parties or anything like that. He never donated any money to anything that I know about.”

OK, but the meetings started in 2011 — this was after his first investigation for sex trafficking and subsequent slap-on-the-wrist conviction for just one count of soliciting sex from a minor. You’re telling us the second richest man in the world (which Bill was at the time) didn’t have someone vetting people he was taking multiple meetings with? Come on now…

Epstein must have left some kind of impression. The Times reported Gates sent an email to the staff of the Gates Foundation, telling them about the controversial figure:

“His lifestyle is very different and kind of intriguing although it would not work for me.”

Man, that sounds bad when you know, well, literally ANYTHING about the man. Gates’ spokesperson told the paper he was just referring to his Mansion’s “unique decor” and to “Epstein’s habit of spontaneously bringing acquaintances in to meet Mr. Gates.” OK….

We obviously don’t know how tight they really were, but they were definitely better friends than one should be with someone like that. But could that association have been one of the factors that led to his divorce??

According to a new report from the Daily Beast, Melinda met Epstein exactly one time — and immediately knew he was bad news!

The outlet explains Bill and Melinda were accepting the Lasker-Bloomberg Public Service Award at The Pierre Hotel in NYC in September 2013 when they made a visit to Epstein’s mansion on the Upper East Side. After the meeting, according to an insider, Melinda was furious with Bill’s relationship with the billionaire, telling friends she was uncomfortable even being in his presence.

The source also says Melinda was haunted for years afterward that Bill had ties to the man — which of course meant she did, too. Of course, after his very public arrest two years ago this would have become a very tangible concern for someone so concerned with public image. But what happened that afternoon? What did he say? What did she see?

The Times reported Gates ended his relationship with Epstein, but not right away — at some point over the next year. But not before the tech mogul donated $2 million to MIT’s Media Lab at the behest of Epstein. Wait, wasn’t he meeting with the guy to try to raise money? And he ended up giving money away instead? Hmm…

Obviously we can’t blame Melinda for being upset. Everyone around the guy has the stink of him on them forever. They can all proclaim their innocence, but they can’t all be innocent. We mean, the man didn’t traffic underage girls just to himself.

What do YOU think? Does this change your view on Bill? On the divorce??