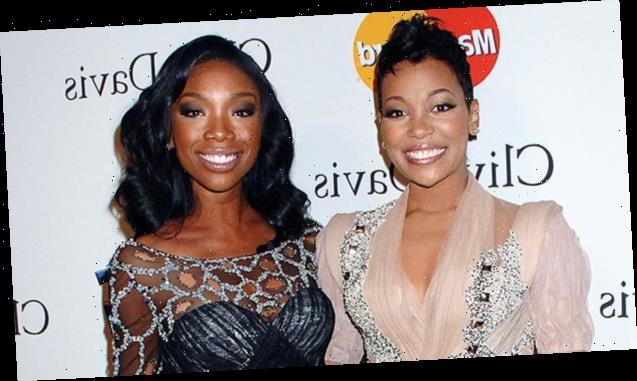 Brandy and Monica came together for a lip sync rendition of their ’90s hit ‘The Boy Is Mine’ in an epic TikTok! Check out the clip of the stars dishing total throwback vibes with their social media post.

Excuse us, we have to talk to you for a minute, because Brandy and Monica gave their fans an epic throwback! The two singers came together on February 18 for a TikTok lip sync of their 1998 tune “The Boy Is Mine.” In a split screen format, the two ladies synced their lips to the first few lines of the tune, with Brandy kicking things off with her opening line, “Excuse me, can I please talk to you for a minute?”

“I just wanted to know, do you know somebody named…you know his name,” Brandy continued, with Monica, wholly in character, giving major side-eye during the exchange. “No, no,” Monica says. “He’s mine.” With a snap of her finger, Monica’s side of the screen faded out, and Brandy’s shocked expression was all that was left! You can see the full TikTok above for some total ’90s excellence.

The superstars’ TikTok duet comes months after Monica and Brandy got together in August 2020 for their own Verzuz battle on Instagram Live. Fans of the exceptional talents were so thrilled to see the ladies back on stage, especially after years of a rumored feud between the singers. But decades after the rumors first surfaced between the then-teenagers, Brandy opened up about their relationship.

“I think, especially when you say Monica and myself, I mean, that song was about a boy and it was about us competing over a boy,” Brandy said in a July 2020 interview with Zane Lowe of Apple Music. “And, so, naturally people are going to put us against each other even more because of the topic of the song and what we’re speaking about. So we played into the competitiveness of it,” she explained.

Upon its release, “The Boy Is Mine” became a major hit for the ladies. The track was at the top of the Billboard Hot 100 chart for 13 weeks, and went on to earn the ladies a Grammy award for Best R&B Performance by a Duo or Group with Vocal. After all of these years, “The Boy Is Mine” continues to be a major hit for the duo. So, when is the “It All Belongs To Me” TikTok coming out?!