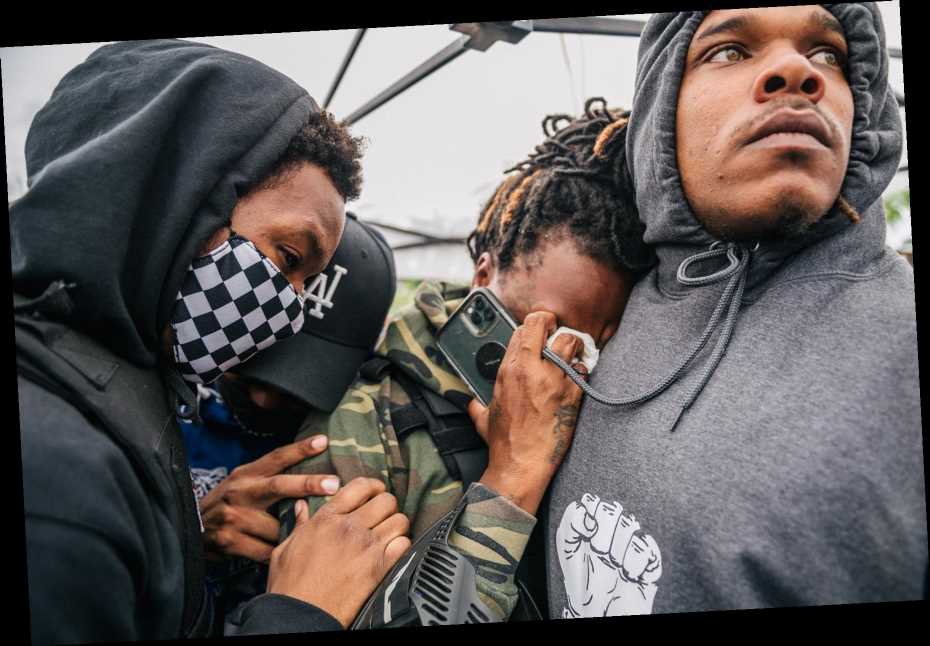 Daniel Cameron was one of the conspicuous surfeit of black Republicans who, on the first night of the Republican National Convention in August, spoke about being free of the Democrats’ mental plantations. But the 34-year-old conservative attracted particular attention because at some point, he would be the one presenting evidence to a grand jury against the three Louisville cops who gunned down Breonna Taylor on March 3rd, inside her home. He would also be the one telling us whether they’d eventually face any punishment once the grand jury rendered its decision.

Cameron, the youngest Attorney General in Kentucky’s history, mentioned Taylor’s name in his speech only once. It wasn’t alone; he placed hers alongside the name of a former St. Louis police captain murdered in June inside a pawn shop as it was being looted during civil-rights protests. The juxtaposition achieved a convenient, but false balance, particularly given the Dwight Eisenhower quote that Cameron cited: Democracy is a system that recognizes the equality of humans before the law. “Whether you are the family of Breonna Taylor or David Dorn,” he said, “these are the ideals that will heal our nation’s wounds.”

The irony of Cameron citing that quote in a speech praising Donald Trump is its own problem. But in lining Taylor’s tragedy up next to Dorn — who was himself black — implied a kind of equality that only existed in the hopes of the people on the streets demanding accountability for her death. Those demonstrators chanting and sporting the slogan Arrest the Cops — plural — Who Killed Breonna Taylor on their clothing are demanding nothing more or less than police officers to face the same accountability for killing African Americans as we currently have if we kill police officers.

Wednesday, however, provided a reminder of why the “equality of humans before the law” Cameron referenced is nowhere to speak of, and why the current system should never be mistaken for democracy.

Not one of the officers involved in Taylor’s death was charged with murder. Sgt. Jonathan Mattingly and officer Myles Cosgrove, still employed, escaped punishment altogether. The only man who remains in any legal jeopardy is Brett Hankinson, who was also the sole officer to be fired for his actions that night. Wanton endangerment is a class D felony, a light charge considering the horror of the event. It is punishable by one to five years in prison and as much as $10,000 in fines. And Hankinson isn’t being charged with endangering Taylor, no. He shot a patio door and a window as he fired wildly into a neighboring apartment. No one there was hurt, thank goodness. But it is hardly without precedent to see destroyed property become the priority over destroyed black lives. Taylor’s life had less protection under the law than did a patio door, a window, and the air through which Hankinson shot his bullets.

How else are we to interpret this? How else should we hear Cameron when he says that the officers who shot Taylor fatally — at least five times — were “justified in their use of force”? It was clear to see, through Cameron’s crocodile tears at Wednesday’s press conference, that he accepts  the status quo, and would like us to as well. “I know that not everyone will be satisfied,” the state Attorney General said of the grand jury’s decision. “Our job is to present the facts to the grand jury, and the grand jury then applies the facts.”

Well, if that’s the case, considering the facts we in the public know about the case — why aren’t these three officers being charged with murder? Why was “wanton endangerment” of neighbors, along with some glass, the best case he could build? At the podium, Cameron seemed more preoccupied with silencing the anger of those upset with the decision and mischaracterizing largely peaceful protesters as a “mob” than he seemingly was with forming a solid case. But so accustomed are we, in the wake of reckless behavior by cops, to the stink of thin validations floating out of the mouths of prosecutors — who are designated to investigate the very law enforcement with whom they work intimately. Genuine accountability remains ever elusive, as a result. Men like Cameron are evidently content with the facsimile of justice, spit out by this discriminatory system and painted over by American mythmaking.

We’re used to hearing this because this is how the criminalization system works. There is no justice in it, not for us black folks when we find ourselves in the position of Taylor, or her family and loved ones. The $12 million civil settlement awarded to her family was better than nothing, but hardly what anyone would mistake for full liability. Reform measures tied to that agreement are good to see, along with the “Breonna’s Law” ordinance Louisville Metro Council passed unanimously in June, banning no-knock warrants. These are positive steps, but more radical changes are needed. We’ve seen these kinds of reforms before in other localities and states, and they don’t stop cops from treating black lives as if they are disposable.

We should use our votes to change this system, yes. We need elected officials committed to the steps that are necessary, including ending the overfunding of police and redistributing those funds to more constructive, less homicidal services. But any notion that there exists a true “democracy,” as Eisenhower described it, within our borders is invalidated by our legal system’s continued permissiveness towards police violence. And when that brutality runs amuck, it can reach us anywhere. Including inside a young EMT’s bedroom, perforating her body and the false sense of American exceptionalism all at once.

Cameron, in his August speech, also quoted Abraham Lincoln. “The dogmas of the quiet past are inadequate to the stormy present,” Lincoln told Congress in 1862. “The occasion is piled high with difficulty, and we must rise to the occasion.” The young Attorney General cited this passage as he endorsed our charlatan president, conveniently unaware of Lincoln’s words that preceded it. “It is not ‘can any of us imagine better’ but, ‘can we all do better?’”

We can certainly do better than the likes of Cameron, and the police he has allowed to get away with deadly acts of violence. “Better” is what people plead for, through tears in the streets of Louisville and throughout the nation as they push for accountability. Much like the phrase “black lives matter,” the demand is both essential and utterly comprehensible. They hear us. They just don’t care.