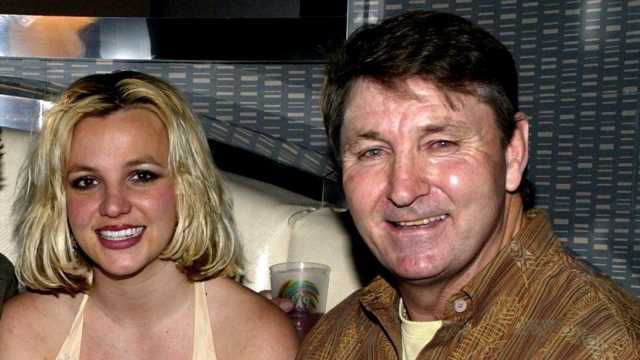 Britney Spears’ father, Jamie Spears, claims he hasn’t been involved in the pop star’s personal conservatorship — making personal decisions on behalf of Britney — since 2019, but is greatly concerned about her care in new court documents obtained by ET.

The court documents are in response to Britney’s court-appointed lawyer, Samuel Ingham’s, petition to appoint Jodi Montgomery as Britney’s personal conservator, which Jamie is opposing. Montgomery was appointed Britney’s temporary conservator in September 2019 and has remained in the role since. The court documents state that Jamie has no intention of seeking to be appointed as Britney’s personal conservator, but that he is concerned about the management and care of his daughter after hearing her recent testimony in which she slammed her conservatorship.

“Ms. Montgomery has been fully in charge of Ms. Spears’ day-to-day personal care and medical treatment, and Ms. Montgomery has made all decisions related to those matters,” the court documents state. “Ms. Montgomery has made such decisions regarding Ms. Spears’ personal care and medical treatment in consultations with Mr. Ingham – and which consultations specifically excluded Mr. Spears. Mr. Spears, therefore, was greatly saddened to hear of his daughter’s difficulties and suffering, and he believes that there must be an investigation into those claims.”

The court documents state that Jamie is not permitted to discuss Britney’s medical treatment or discuss her personal affairs with her, like whether or not she wants to get married or have a baby. Jamie claims he’s actually been cut off from communicating with her.

“Unlike Ms. Montgomery and Mr. Ingham, Mr. Spears does not speak or meet with Ms. Spears’ medical team, and he is not permitted to nor does he have the opportunity to provide any input into his daughter’s current medical treatment, diagnosis, or therapy,” the court documents read. “Nor does Mr. Spears participate in or discuss Ms. Spears’ personal affairs with her, such as issues related to her self-care, marriage, and reproductive desires. … Furthermore, Mr. Spears is unable to hear and address his daughter’s concerns directly because he has been cut-off from communicating with her.”

The documents state that Jamie has never prevented Britney from marrying and in fact, when he was her conservator, Britney was at one point engaged and her fiancé was appointed to serve with Jamie as her co-conservator of the person from 2012 to 2013. Britney was engaged to Jason Trawick in 2011, and they broke up in 2013.

“In prior years when Mr. Spears did serve as Conservator of the Person, he did everything in his power to support and care for Ms. Spears’ well-being and her personal decisions including marriage,” the documents state. “For example, during the time when Mr. Spears served as Conservator of the Person, he never prevented Ms. Spears from getting married.”

The documents state that Jamie loves Britney “unconditionally” and questions whether she needs a conservator of the person.

“Based on Ms. Spears’ statements to the Court on June 23, 2021, it is unclear whether it is appropriate for Ms. Montgomery to serve in that role or for that matter, whether the continued conservatorship of Ms. Spears’ person is appropriate,” the documents read.

Meawhile, a rep for Montgomery tells ET in a statement that she has also not prevented Britney from marrying or having a baby.

“I can state unequivocally that Jodi Montgomery has been a tireless advocate for Britney and for her well-being,” the statement reads in part. “While she does not control Britney’s financial assets, she is responsible for her personal care, and if Britney wants any issue brought up to the Court, Ms. Montgomery is and has always been ready, willing, and able to do so. From the very beginning of her appointment in September 2019, Ms. Montgomery and the medical team that she assembled have had one primary goal – to assist and encourage Britney in her path to no longer needing a conservatorship of the person.”

During Britney’s testimony on June 23, she said her conservatorship has prevented her from getting married and having a baby.

“I have an IUD [intrauterine device] inside of myself right now so I don’t get pregnant,” she said. “I wanted to take the IUD out, so I can start trying to have a baby. But this so-called team won’t let me go to the doctor to take it out, because they don’t want me to have children, any more children.”

She also slammed her father specifically and said she wanted to sue her family.

“Anything that happened to me had to be approved by my dad and my dad only,” she said. “He was the one who approved all of it… [He loved] the control he had over someone as powerful as me, as he loved the control to hurt his own daughter 100,000 percent. He loved it.”

Jamie’s lawyer told ET at the time in a statement, “He is sorry to see his daughter suffering and in so much pain. Mr. Spears loves his daughter and misses her very much.”