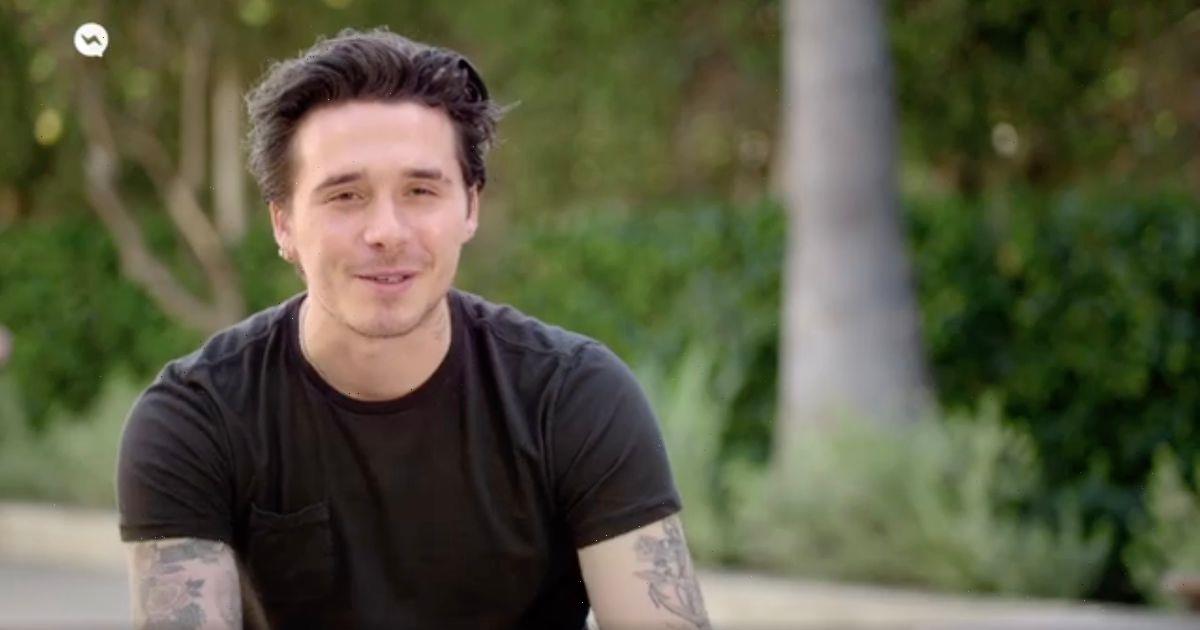 Brooklyn Beckham has landed his own cooking show after sharing footage of his budding chef skills online with his millions of followers.

The 22 year old will star in Cookin' With Brooklyn, which will follow his love of making food and his journey to becoming a chef, meeting up with notable chefs along the way.

Once he has learned how to cook the dish of the week, he will then test it out on his family friends, including brother Romeo Beckham and fiancée Nicola Peltz.

Discussing his love of cooking, Brooklyn said: "It's just very therapeutic. It's one of the very few things that I do that I absolutely think about nothing else.

"I think cooking with your family and friends is really important, it's a really amazing bonding experience. I love making people happy and that's what I try to do with my food."

Over the course of eight weeks, Brooklyn will prepare a variety of plates from Florida-fresh seafood to salt stone steak, and will explore culturally-packed cuisine from Cuban to Korean dishes.

In the first episode – titled The Fabulous Beckham Boys – Brooklyn, while on his Miami excursion, gets tips from his brother Cruz on what to cook for Romeo.

In preparation, Brooklyn forages for a perfect side dish at a local and family-owned seafood business. Armed with the freshest seafood in Florida, Brooklyn prepares a meal that surprises the taste buds of Romeo and his fiance’s brother, Zach Peltz.

"Since quarantine, family and people that you love has become so much more important for everyone.

"You have to really take the time to visit your granny, visit your grandad, your family, your friends: the people that are so close to your heart," Brooklyn continued.

Brooklyn has received mixed reviews for his cooking skills after appearing on a US morning TV show to make a breakfast sandwich.

Lorraine Kelly poked fun at David and Victoria's son when she mocked his appearance on The Today Show.

The 61 year old said he would be coming onto her show to make "beans on toast" after he showed viewers how to make the sandwich.

Lorraine spoke to Hollywood correspondent Ross King on her programme, where she joked Brooklyn's creation was "absolutely fascinating."

Speaking about the segment, Lorraine said it was The Today Show hosts Hoda Kotb and Carson Daly's overenthusiastic reaction to Brooklyn's sandwich that made the segment even more uncomfortable.

Lorraine said: "I thought at first this was a spoof, but it's not. He looked all embarrassed, the wee soul… He's coming in here tomorrow to make beans on toast… Bonkers!"

For the latest updates on Brooklyn and the Beckham family, sign up to OK!'s daily celebrity newsletter