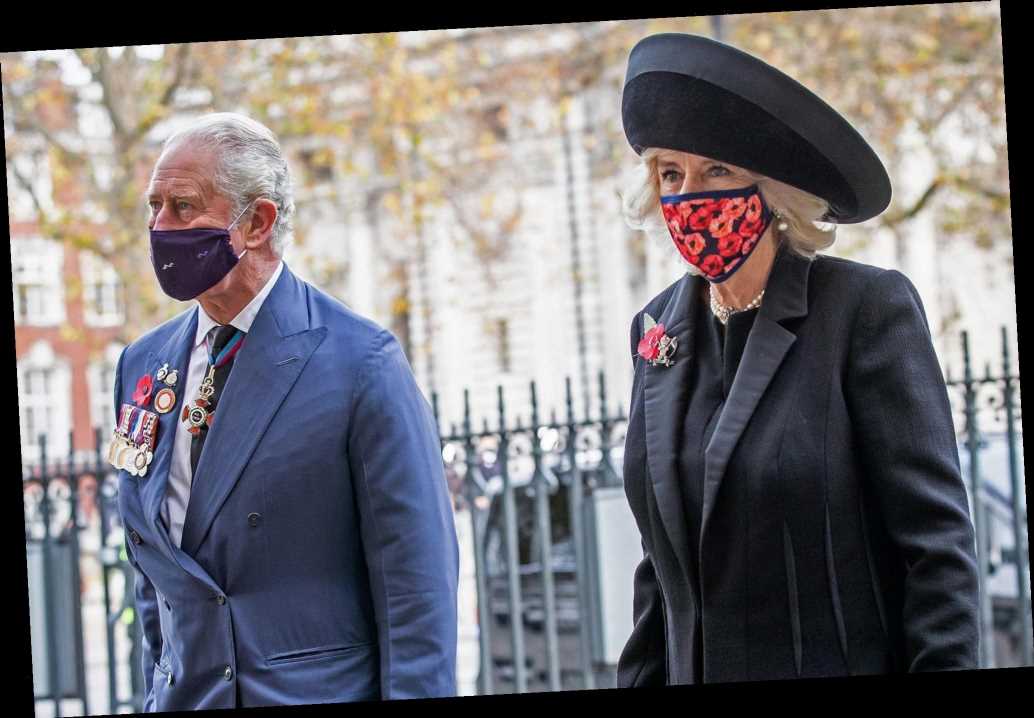 Camilla, Duchess of Cornwall is wearing the poppy in a new way.

Camilla and Prince Charles stepped out on Wednesday for an Armistice Day ceremony at Westminster Abbey in London. While both sported poppy pins, a symbol used since 1921 to commemorate military members who have died in war, Camilla also wore a face mask with a pattern featuring the symbolic red flower.

Not only did the royal's mask bear the symbol, but it also raises money for the Royal British Legion, an organization that provides lifelong support to anyone who has served with the British Armed Forces and their families, including funeral costs, mental health support and counseling. The reusable face coverings are on sale for $13.

The poppy symbol is believed to have come from the poem “In Flanders Fields” by John McCrae, a poem about World War I. The opening stanza reads:

In Flanders fields the poppies blow

Between the crosses, row on row,

That mark our place; and in the sky

Scarce heard amid the guns below. The royal family proudly wears their pins when they honor armed forces who sacrificed their lives.

Prince Charles, who tested positive for coronavirus in March, also wore a face mask for Wednesday's event. The ceremony commemorates the funeral of the Unknown Warrior, whose body was brought from Northern France and buried at the west end of the nave on November 11, 1920 to represent all those who lost their lives in World War I but whose place of death was not known or whose bodies remained unidentified. On Sunday, members of the royal family gathered in London for a socially distanced ceremony to mark Remembrance Day. Queen Elizabeth, Kate Middleton, Camilla and other members of the royal family stood on balconies as Prince William and Prince Charles laid floral wreaths at the Cenotaph in the annual ceremony to remember fallen servicemen and women. Kate added a sentimental touch to her ensemble, wearing head-to-toe black except for three red poppies that were pinned to her military-inspired coat. The symbolic poppies are believed to be in honor of her great-grandmother Olive Middleton’s three brothers who all fought and died in World War I. The scaled-back ceremony, which is a result of the ongoing coronavirus pandemic, saw just 30 veterans attend, rather than the 10,000 who usually gather to take part in the two-minute silence and watch the military parade.