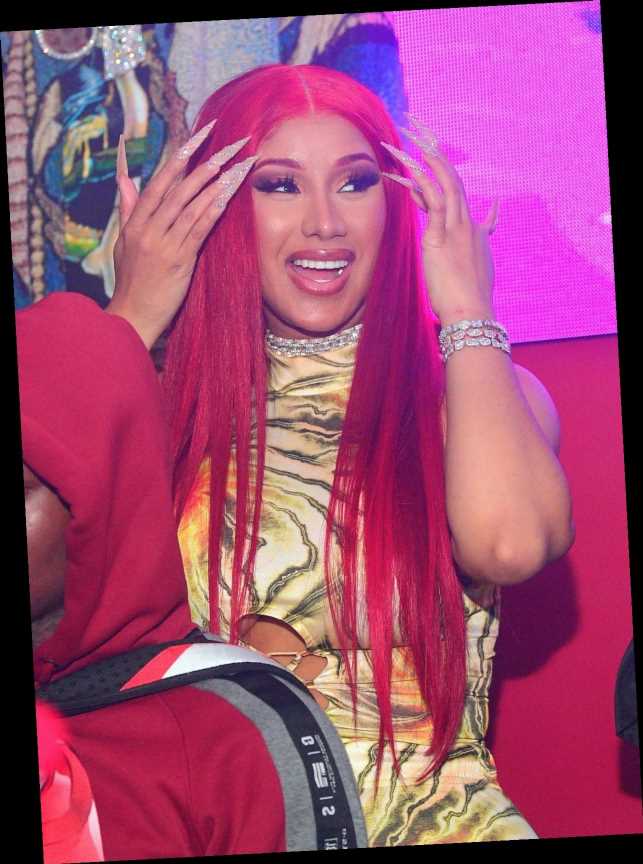 Cardi B has sparked controversy many times since dropping her breakout hit "Bodak Yellow" went viral in 2017. She’s never afraid to say exactly what’s on her mind, release debate-sparking songs, or publicly air out her beef with others rappers. Fans have come to expect all of these things from Cardi (and love her for it) but she’s sparking backlash now for another reason. After debuting her latest magazine cover, fans are accusing the rapper of cultural appropriation. Cardi B’s response to accusations she appropriated Hindu culture was well-warranted.

Cardi graced the Novemeber 2020 cover of Footwear News to promote her upcoming collaboration with Reebok. The outlet edited the cover photo to resemble the Hindu goddess Durga, depicting Cardi with eight arms, a decision they’ve since apologized for. As for Cardi, she expressed her remorse as well.

"When I did the Reebok shoe, the creator was telling me that I was going to represent a goddess that represents strength, femininity, and liberation, and that’s something that I love, that I thought was dope, but if people think I’m offending their culture or religion, I want to say I’m sorry," she said on her Instagram story. "That was not my intent. I do not like disrespecting nobody’s religion."

She continued, "I wasn’t trying to be disrespectful. Maybe I should have done my research. I’m sorry, I can’t change the past, but I will do more research for the future." Her video also included a caption in which she acknowledged she can’t change what happened, but will be "more cautious for the future."

You can see her apology below.

While Cardi has starred in Reebok campaigns since 2018, her new collection marks the first time she’s worked on a design. The collab hits shelves on Nov. 13, and Cardi can’t contain her excitement. She gave a first look at her sneaks in an Instagram video on Nov 9.

Speaking to Footwear News, she elaborated on why the Reebok collection is so special to her. “It started with advertisements and I just loved what they brought to the table,” she explained. “I love that they saw my ideas. When I went to their headquarters in Boston they welcomed me.”

Promoting the line may have gotten off to a rocky start, but with a sincere apology from Cardi, something tells me the Bardi Gang will be scooping up the sneakers stat. More importantly, she’ll probably be doing more research on advertisement campaigns she participates in to avoid situations like this in the future.