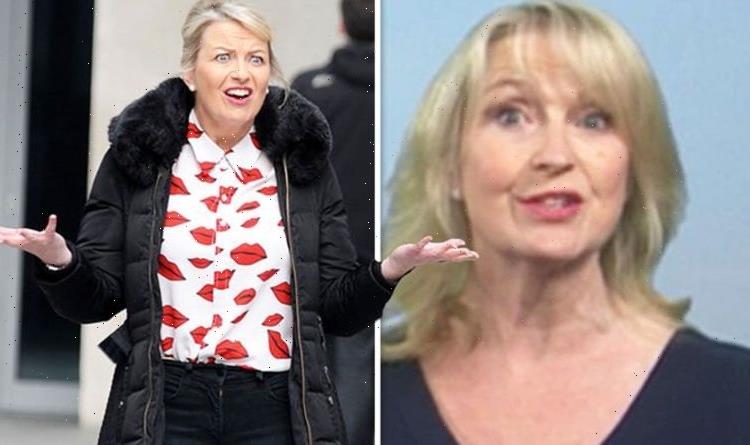 Carol Kirkwood has stepped down from her weather presenting duties on BBC Breakfast. The meteorologist took to Twitter and addressed she will be absent from her regular schedule this week.

The 59-year-old took to the micro-blogging site and made a plea for improved weather as she addressed her break from Breakfast.

Viewers swiftly inundated the Scottish-born presenter with comments after she confirmed the news of her TV break.

One wrote: “Have a lovely week off. Hope the weather improves for you.”

Another quipped: “Being a great weather reporter, surely you know!?! Not just hope?”

“Would have thought you would have picked your weeks off after looking at the weather forecast. However at the moment, it looks like it is improving by Wednesday apparently,” a third commented.

While a fourth added: “Have a great week off.”

Matt Taylor has since stepped in to present the weather forecast amid Carol’s absence.

Taking to the micro-blogging site, he gave a brief weather update ahead of his forecast on Breakfast.

“Full cheery forecast on @BBCBreakfast from 6.”

Meanwhile, Carol has had reason to celebrate after the release of her debut novel, Under A Greek Moon.

The BBC star teamed up with presenter and novelist Fern Britton for a candid chat yesterday.

The former This Morning presenter has also released another book titled Daughters of Cornwall.

Taking to Twitter Carol penned: “I’ll be there! Looking forward to a good old chinwag with lovely @Fern_Britton.”

Fans replied to the post, as one offered: “I just finished your book Carol, loved it. Well done you.”

Another commented: “Wishing you heartfelt success with this book. The best weather presenter.”

While a third added: “Well done Carol. It’s so fulfilling writing a book. You feel like you have accomplished something special.”