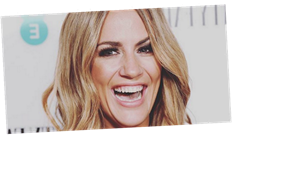 The Crown Prosecutor Service has cleared itself of any wrongdoing while pressing ahead with charging Caroline Flack with assault by beating.

The CPS announced on Tuesday 4 March that it would be launching a review into the way it handled the case.

Now, less than 24 hours later, it has revealed the review has come to a close as a spokesperson told the Mirror they acted "appropriately and in line with our published legal guidance."

However, the speedy review has since been criticised by lawyers who believe the prosecutors couldn't have "considered the wider picture at all".

Criminal barrister Chris Daw QC slammed the CPS for the secrecy around the review and the lack of transparency over it, despite the fact that the prosecutors had announced they would most likely "not comment on the outcome."

"It's a disgrace," he said, before adding: "It’s an opportunity to take a fresh look at mental health in prosecution decision-making.

"Instead they have had a behind-closed-doors review which, let’s be honest, if it has been done in this time-frame can’t have considered the wider picture at all."

The barrister also said he believes the CPS shouldn't have pursued the case because of Caroline's mental health struggles.

He added that he feels it is "outrageous" that the full report from the review has not and will not be made public.

Mr Daw said: "If this is just ticking a box, based on the existing way of doing things, then it’s likely to be an expensive waste of time. We need radical reform."

The former Love Island host had been notified of the CPS's decision to press ahead with the case just one day before she took her own life in her London apartment on 15 February at age 40.

She had pleaded not guilty to assaulting her boyfriend Lewis Burton and in her last message before her death explained that the whole thing was an "accident".

In the message, which was published by her family, she wrote: "On December the 12th 2019 I was arrested for common assault on my boyfriend …

"Within 24 hours my whole world and future was swept from under my feet and all the walls that I had taken so long to build around me, collapsed. I have always taken responsibility for what happened that night. Even on the night. But the truth is …. It was an accident.

"I've been having some sort of emotional breakdown for a very long time.

"But I am NOT a domestic abuser. We had an argument and an accident happened. An accident. The blood that someone SOLD to a newspaper was MY blood and that was something very sad and very personal."