MTV’s Teen Mom 2 alum Chelsea Houska has called her husband Cole DeBoer “the best man in the entire world” when he surprised her on her 30th birthday. The reality star took to Instagram on August 29 to post some pics and videos of her husband’s elaborate setup. “Im 1000% sure I married the best man in the entire world. swipe to see how he surprised me the other night,” she captioned the post, which began with a selfie of the couple kissing.

It was followed by a snap of a handwritten note, which read, “For your 30th birthday I wanted to give you three things: something you need or could use, something from me from the heart and meaningful, something you really want.” He then instructed he to “walk out this door and head to the garage barn door.” Chelsea then shared some clips of herself walking down the path and opening her barn door, to reveal Cole standing inside amongst rose petals and a light-up sign reading “Deboer.” So sweet!

Cole commented, “Private surprise romantic barn dance,” while hundreds of other fans left sweet notes. “I recently rewatched teen mom and I am SOOO glad you found someone that loves and appreciates you,” one follower commented, while another wrote, “man, they don’t make them like that anymore. I love everything about this!” 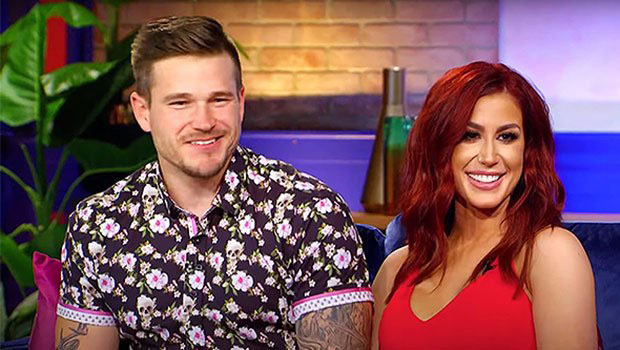 Chelsea, who welcomed a baby girl in early 2021, also recently made the decision to leave the show which made her famous. The newly-minted 30-year-old revealed that she didn’t want to share her 11-year-old daughter Aubree Lind‘s private preteen moments with the world, which led to the big decision. “There just came a point—and I think it was a buildup almost—this feeling in my gut, or my heart, I guess. It just didn’t feel like I was supposed to be on that show anymore,” Chelsea told E! News.

“There were conversations that [my daughter] Aubree and I were having from time to time, and there came a point where I was just worried because I don’t want her to ever be like, she can’t tell me things because it’s going to be aired to millions of people or whatever.” Aubree is Chelsea’s first child, whose birth was documented on MTV’s 16 and Pregnant, alongside Chelsea’s then-high school boyfriend Adam Lind.