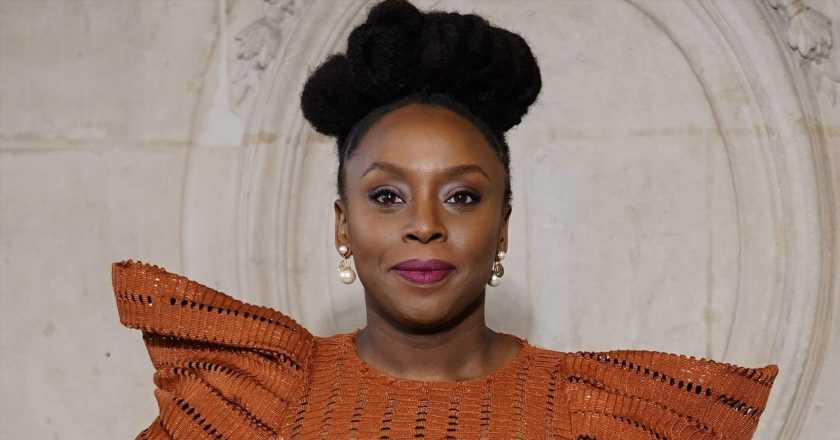 Grief can be such a difficult thing for people to put into words, but author Chimamanda Ngozi Adichie just did it beautifully.

Everybody has to face grief at some point in their life, but the pandemic has meant that it’s become something prevalent that we’re collectively dealing with. There’s no right or wrong way to deal with grief, but hearing others talk about their experience can help people feel comforted, reassured and less alone.

Take Celine Dion, who recently opened up about the reality of finding new love after the death of her husband. And, last year, Jamie Dornan spoke candidly about life after his mother’s unexpected death. Now, renowned author Chimamanda Ngozi Adichie (Half of a Yellow Sun, Americanah) has spoken beautifully about navigating grief.

Adichie’s new book, Notes On Grief, is a tribute to her late father, who died last summer while much of the world was in lockdown. She has since lost her mother, too.

“I was surprised by how physical grief is, and how physical it feels” she told Emma Barnett on Woman’s Hour on Thursday 3 June. “I also was stunned by how clichés really come alive. In some ways, there is a reason why clichés are clichés: because one’s heart is in fact ‘heavy’. It really is heavy, in the literal way, it is heavy. And it really does in fact feel as though one is in a dream that one is wanting to wake up from.”

She added: “I found myself grasping for language and for words to try and give voice to what what I’m feeling. And increasingly, I feel that I am at a loss. I feel that I haven’t been able to articulate what the emotions are.”

When asked how she now feels about what she used to think she should say to people who are grieving, Adichie answered: “I’m so annoyed with myself for some of the things I said. I think that I must have come across as incredibly smug about how grief should be. I would say to people, ‘I’m so sorry. Turn to your memories, hold onto your memories.’ I don’t think I said things like.”

“What I find really comforting is that I feel as though the simpler the expression, the better,” Adichie continued. “But at the same time, people are kind. People are uncomfortable because death is such a difficult subject. And so when people say these things, it’s coming from kindness.

“But when you’re in a place of grief, often angry grief. Grief has made me quite thin-skinned and very quick to get very annoyed when people say, ‘You’re father was so old, he was 88!’ It wasn’t about how old he was, it was about how loved he was.”

“I find it moving when people just say, ‘I’m sorry’. I found it quite comforting when people said to me, ‘I don’t know what to say to you’. Because to me, they too were overwhelmed by what I was overwhelmed by, just the enormity of my loss, and so in that I took comfort.”

Although she claims to not be able to articulate her experience of grief, this is a beautiful discussion that so many people will make total sense of and relate to.