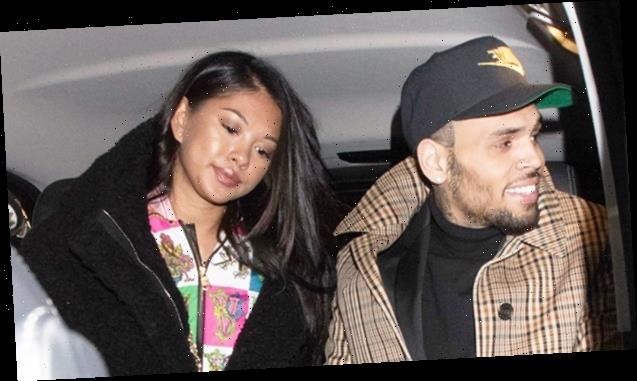 Ammika Harris posted a sexy new photo on Instagram on Dec. 20 — and Chris Brown took notice. He let he know it, too, by popping into the comments section of the pic.

Chris Brown is impressed by Ammika Harris‘ latest Instagram pic. The model shared a new image of herself wearing a tight crop top and sweatpants on Dec. 20. The photo is a mirror selfie, with Ammika’s full figure on display. The pic received a ton of likes and comments, including one from Chris. “DAMN GIRL!!!!” he gushed.

Ammika and Chris are back to living apart after spending several weeks together in October and November. For most of the coronavirus pandemic, Ammika has been in Germany with the pair’s one-year-old son, Aeko Brown. Travel restrictions prevented the family from all reuniting for several months. Finally, in October, they all got together agin when Chris was able to fly overseas.

Following the European reunion, the trio jetted to Mexico, where they were able to reunite with Chris’s daughter, Royalty Brown. They spent several weeks in the tropical location, but had to go their separate ways again at the end of November. Of course, Ammika has been keeping Chris updated with pics and videos of Aeko, and he definitely seems to be keeping tabs on her via Instagram!

“[Chris and Ammika] FaceTime every day, so they are staying very connected,” a source previously told HollywoodLife EXCLUSIVELY. “It’s hard for Chris to be apart [from Ammika and Aeko], and he’s missing them already, but he does need to work, so he had to get home.” Our source also confirmed that Chris is back in the studio making music now that he’s away from his little family.

However, while Chris and Ammika are on good terms, they aren’t putting a title on their relationship at this point, another insider confirmed to HollywoodLife. For now, it’s unclear when they’ll be able to permanently be in the same place, so the two are taking things slow while they figure everything out. “Chris has so much respect for Ammika,” the source revealed. “And he would love to make it work [one day].”

Sicilian town offers fresh chance to snap up house for €1