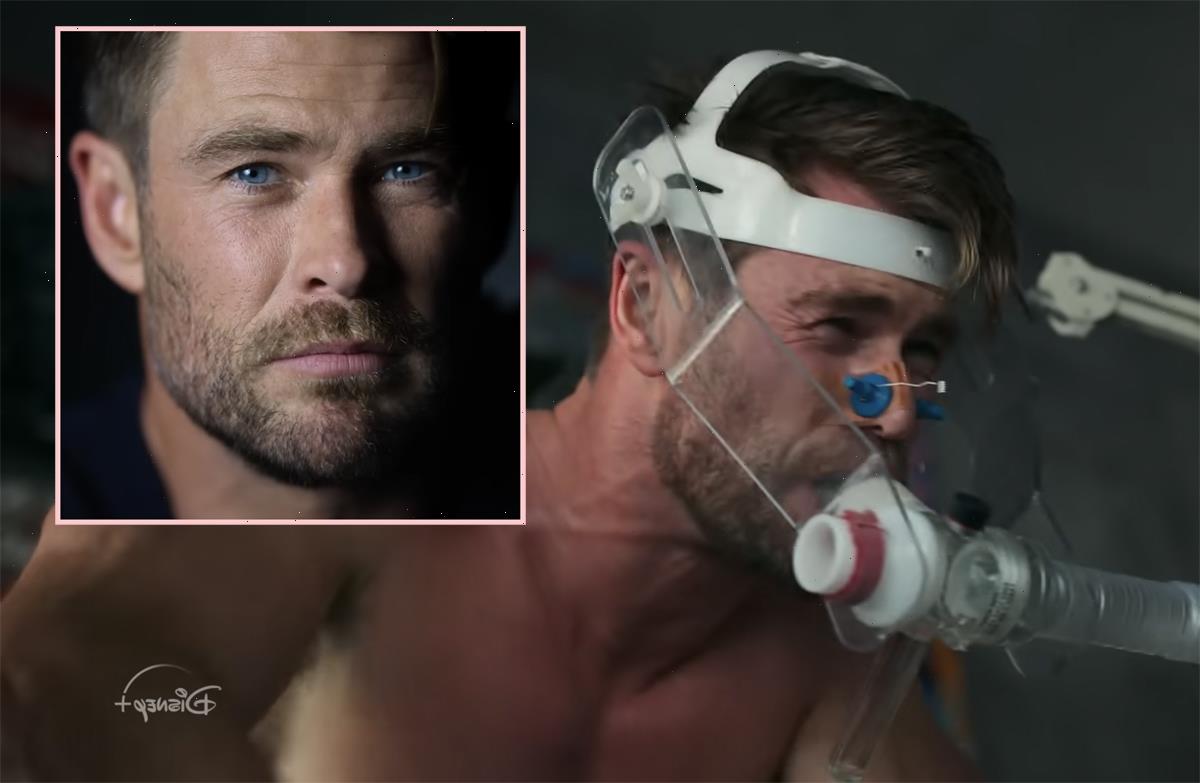 We’re not gonna lie, we kind of assumed Chris Hemsworth‘s new show Limitless was just going to be an excuse for him to take his shirt off and try whatever new sport he was interested in. But the Disney+ reality show — in which the Thor star tries out physical tests and trials in the search for longevity — has taken a surprisingly serious turn.

While promoting the National Geographic show on Thursday, Chris brought a shockingly poignant clip to GMA, in which a doctor tells him he’s at an unusually high risk of developing Alzheimer’s disease.

In the episode, which focuses on brain health, longevity specialist Dr. Peter Attia tells the Marvel superhero that he has a gene which greatly increases the risk of getting the degenerative disease. And he has it twice over. Attia explains:

About 25% of people have the apolipoprotein E gene, APOE4, the “strongest risk factor gene for Alzheimer’s disease” according to the National Institute of Aging. 25% have one copy, that is. Only 2-3% have two copies.

When Chris asks “how much higher” a chance he has because of his double shot, Attia tells him “probably somewhere between eight and 10 times higher than that of someone in the general population.”

Wow. What dread-inducing news. After having time to weigh the report, he admits:

“The idea that I won’t be able to remember the life I experienced, or my wife, my kids, is probably my biggest fear.”

He also revealed his grandfather suffered from the disease, recalling:

“He either doesn’t remember who we are, you know, his grandkids, but also even his own children, for years. It’s heartbreaking.”

But it’s not all doom and gloom for Hemsworth. Dr. Attia told the heartthrob if they “take every step possible” it was possible they could reduce his risk to the same as “anyone else.” Chris told George Stephanopoulos of the revelation:

“It very quickly just became another wonderful motivation to make some changes and arm myself with all the tools to live a healthier, better life.”

“I think any of the motivations for living better can come in many shapes and forms and this was, you know, whatever I’m going to do now to benefit and protect myself from brain health will benefit every aspect of my health and well-being.”

All six episodes of Limitless with Chris Hemsworth are available now on Disney+.