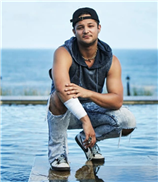 Chris Pearson, a cast member on the first season of MTV’s Ex on the Beach, died over the weekend due to a stabbing in the San Fernando Valley.

According to TMZ insides, Pearson was involved in this fatal altercation around 2 a.m. on Sunday.

He was transported to a local hospital shortly after the confronation, but passed away from the injuries he sustained about an hour later.

Friends have already started a GoFundMe for the professional DJ’s family in Colorado, referring to his death the result of a “tragic encounter,” in the campaigns description, which reads in part:

Chris was the one person that loved with his whole heart. He had so much love and energy to give to every single person he crossed paths with.

He wouldn’t leave the room until he made sure every single person was happy. Chris was the most determined person there could ever be.

His smile lit up an entire room.

The basis of Ex on the Beach was to bring castoffs from other reality shows together … but Pearson had no experience on the small screen at the time he come on board.

On the series, a pair of of Pearson’s exes were brought on to confront Chris, who was sold as a vulnerable party boy, prompting the star to cry on camera over one his former flames.

Altogether, Pearson appeared on 11 episodes of the program.

After getting away from television, Chris has established himself as a successful DJ.

Reads his bio from Ex on the Beach:

21-year-old Chris AKA Creatures Ferris is an international house DJ and a ladies’ man who boils everything in his life down to whether it’s “Gucci” or “Not Gucci.”

Despite his apparent goofiness, Chris is a hopeless romantic who has fallen in love more than once, and had his heart broken as a result. Needless to say, when Chris’s Ex arrives in the house, it will NOT be Gucci.

Can Chris’s Gucci-ness overcome the predicament he’s about to enter?

Law enforcement sources have told TMZ that police are looking into the stabbing and consider it to be a “solvable case.”

Taylor Selfridge, who played a role on Teen Mom, acknowledged her fellow MTV personality’s passing on Monday by sharing a sad face emoji and prayer hands.

Here is the way in which his GoFundMe Page concludes:

The only other thing that Chris loved more than his music was his family and friends. All Chris wanted was to make it far in life to help his family and make them proud.

Chris was taken from us way way too soon.

We send our thoughts to the friends, family members and loved ones of Chris Pearson.

May he rest in peace.