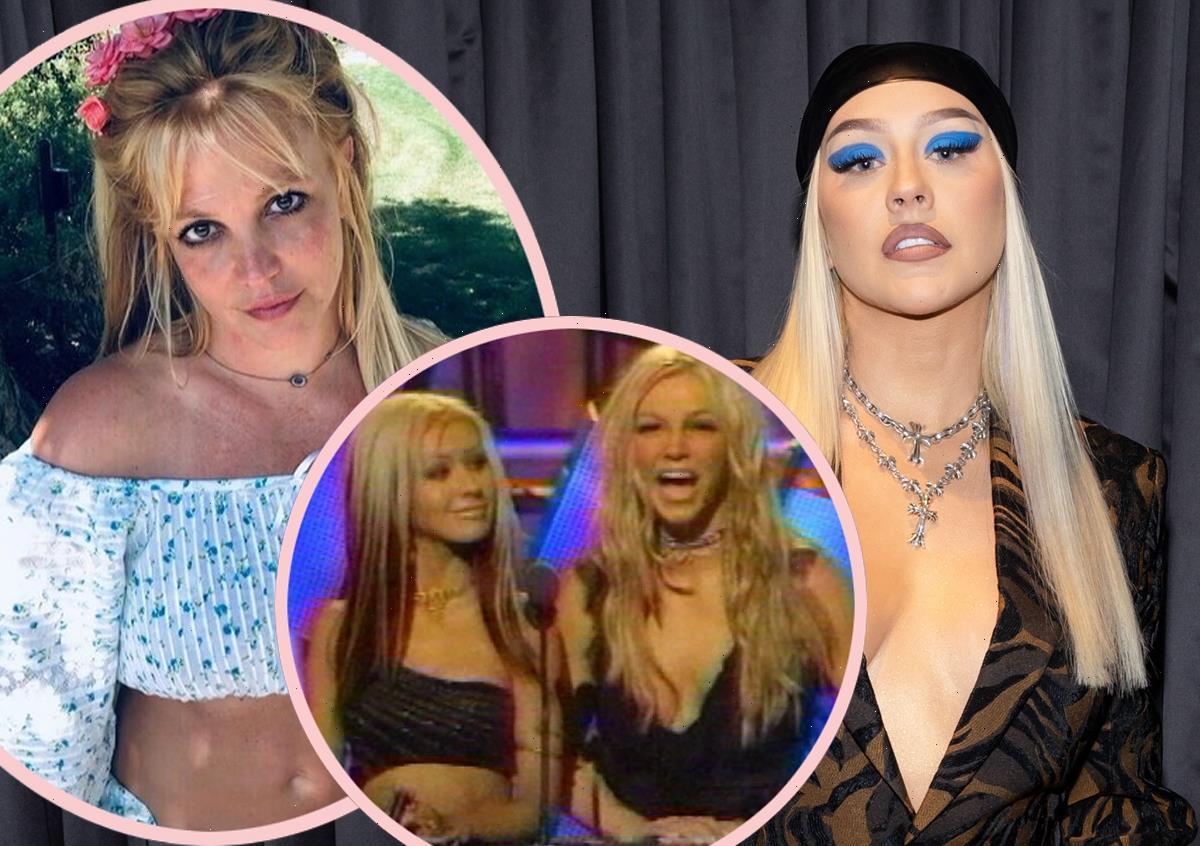 Ever since Britney Spears finally spoke out about her conservatorship, saying not only that she wanted it to end — but also explaining just how badly she has been treated all these years — it seems like everyone has been giving their opinion.

Well, we actually hadn’t heard from everyone yet. Because Christina Aguilera hadn’t weighed in!

The Beautiful singer — who also came up in the spotlight as a Disney star and subsequently became a hypersexualized teen pop sensation — probably knows better than most what Britney went through back in the day that led to her breakdown and, ultimately, the conservatorship she’s been trapped in for 13 years.

And now Xtina is speaking out in support of her old friend! She took to Twitter on Monday to write:

“These past few days I’ve been thinking about Britney and everything she is going through. It is unacceptable that any woman, or human, wanting to be in control of their own destiny might not be allowed to live life as they wish. To be silenced, ignored, bullied or denied support by those ‘close’ to you is the most depleting, devastating and demeaning thing imaginable. The harmful mental and emotional damage this can take on a human spirit is nothing to be taken lightly.”

“Every woman must have the right to her own body, her own reproductive system, her own privacy, her own space, her own healing and her own happiness.”

100%! (Also, that sentiment is the reason we find it odd that conservatives have made this a pet cause. They usually are fighting for the opposite of a woman’s right to her own reproductive system. We guess it’s just because her decision happens to be the same as what they think all women should decide…)

Anyway, back to Xtina, who went on to speculate — but from a place of more insight than the rest of us — saying:

“While I am not behind the closed doors of this very layered & personal yet public conversation – all I can do is share from my heart on what I’ve heard, read and seen in the media. The conviction and desperation of this plea for freedom leads me to believe that this person I once knew has been living without compassion or decency from those in control.”

“To a woman who has worked under conditions and pressure unimaginable to most, I promise you she deserves all of the freedom possible to live her happiest life. My heart goes out to Britney. She deserves all the TRUE love and support in the world.”

Oh, she also shared an adorable throwback photo of the two them!

What do YOU think of Christina’s plea for Britney?!