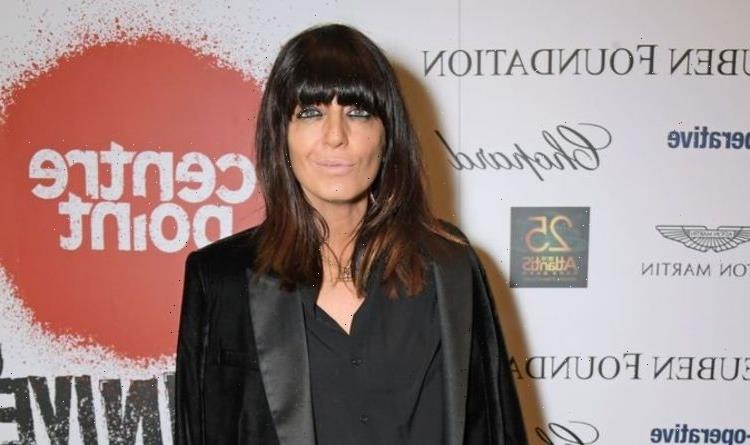 Claudia Winkleman refers to herself as ‘the orange lady’

The Strictly Come Dancing presenter is due to appear on season 14 of Would I Lie To You airs tonight on BBC One at 8:05. The award-winning panel show has a celebrity guest reveal an extraordinary story about themselves that the rest of the panel must guess whether it is fact or fiction. Ms Winkleman is joined by presenter Rob Brydon and regular team captains Lee Mack and David Mitchell as well as Reverend Kate Bottley, Sara Barron and Ed Gamble.

The presenter, who is known for her trademark fringe and tan, tells the panel “For several months I had to sleep on the floor because I had given up my bed for a sunbed.”

Ms Winkleman is a vocal and ardent remainer and was among a string of celebrities to appear at the 2019 Put It To The People march, organised by People’s Vote.

People’s Vote was an unsuccessful campaign group which called for a second referendum following the UK’s Brexit vote to leave the EU.

The Strictly star posted on her Twitter account during the march a picture of a large crowd congregating at Hyde Park, which she captioned: “there’s loads of us here.”

One person tweeted a picture which said: “You can’t move the goalposts just because you lost.

“Suck it up buttercup.”

The chef had previously called Brexit a “dog’s dinner” and in 2018 addressed crowds at another march calling for a second referendum.

Ms Winkleman took to Twitter again later that year after the Supreme Court declared Boris Johnson had illegally shut down parliament ahead of the Brexit deadline.

She shared her views on the news by responding to a tweet from journalist Boyd Hilton who wrote: “Boris is screwed.”

The presenter, who seemed happy with the ruling, replied in view of her 900,000 followers: “Thank god.”

Mr Winkleman is a much-loved television personality, having been a presenter on Strictly since 2010, while she also has a royal connection.

Her half-sister Sophie Winkleman has been married to Lord Frederick Windsor, who is 47th in line to the throne, since 2009.

The Lady is an actress best known for her role as Big Suze in Peep Show and Zoey, the love interest of Ashton Kutcher’s character Walden, in Two and a Half Men.