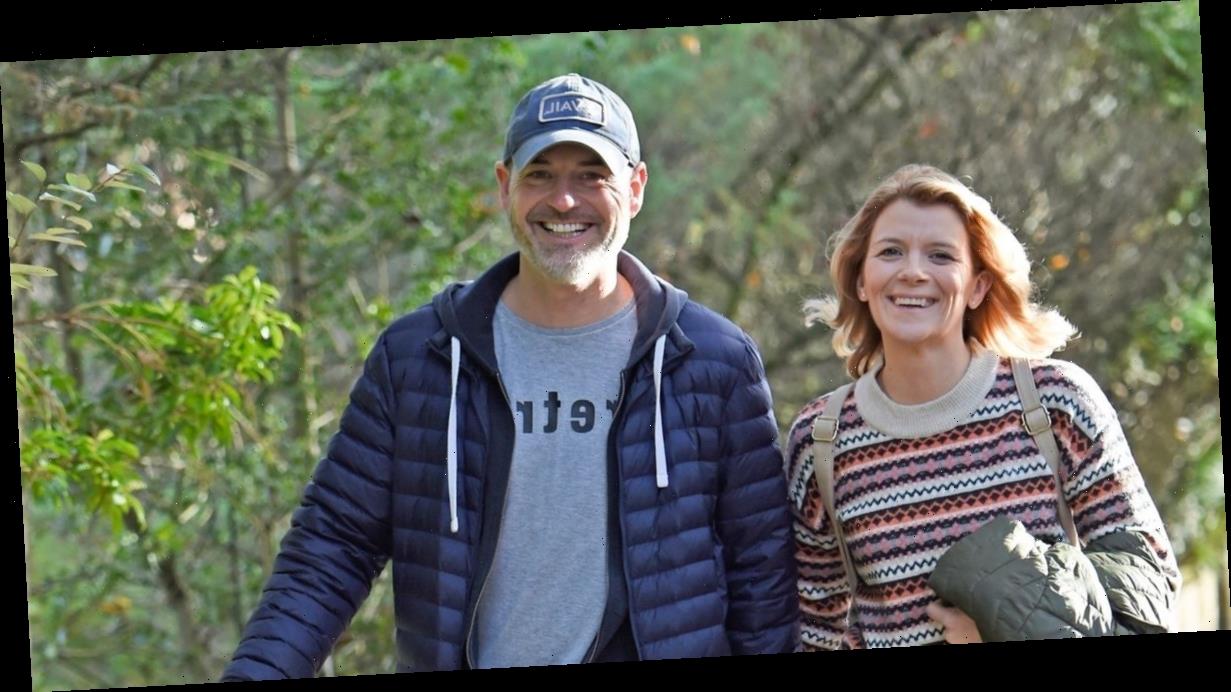 Jane Danson and her husband Robert Beck were all smiles as they headed out for a dog walk with their pet pooch.

The actress, who has had to practise social distancing while on the Coronation Street sets, seemed happy to be out of the house and enjoying some quality time with husband and fellow actor, Robert.

The 42 year old wore a cream jumper emblazoned with a pattern, with a pair of jeans and some boots.

She carried her khaki coat in her hand and wore a backpack for the outing.

Meanwhile, Robert, 52, doubled up with two jackets, a t-shirt, jeans and some boots as the couple made their way around Cheshire.

Speaking about her other half in 2019 to OK! Magazine, the soap star said: "Rob's absolutely my best friend in the world.

"We've only had about two rows in twenty years. I'm not saying we don't get on each other's nerves sometimes but we're a strong team and we've always allowed each other to be individuals"

Reflecting on their very first meeting, Rob explained: "We met at the first ever Soap Awards back in 1999. I was in Emmerdale at the time. Jane came over and introduced herself.

"I'm not the world's most confident person but I'd had a crush on Rob since I was 15, so I thought, I have to speak to him, it's fate," Jane added.

The husband and wife are parents to children Harry, 14, and Sam, 11.

Along with the rest of the Coronation Street cast, Jane was forced to stop filming for the soap for 11 weeks due to coronavirus sweeping the globe.

In June, the cast, who recently revealed Simon Gregson messes his lines up on purpose, were able to return to the set in Manchester and resume shooting after three months off.

Despite being allowed back on the show, the stars have had to practise social distancing by keeping two metres apart at all times.