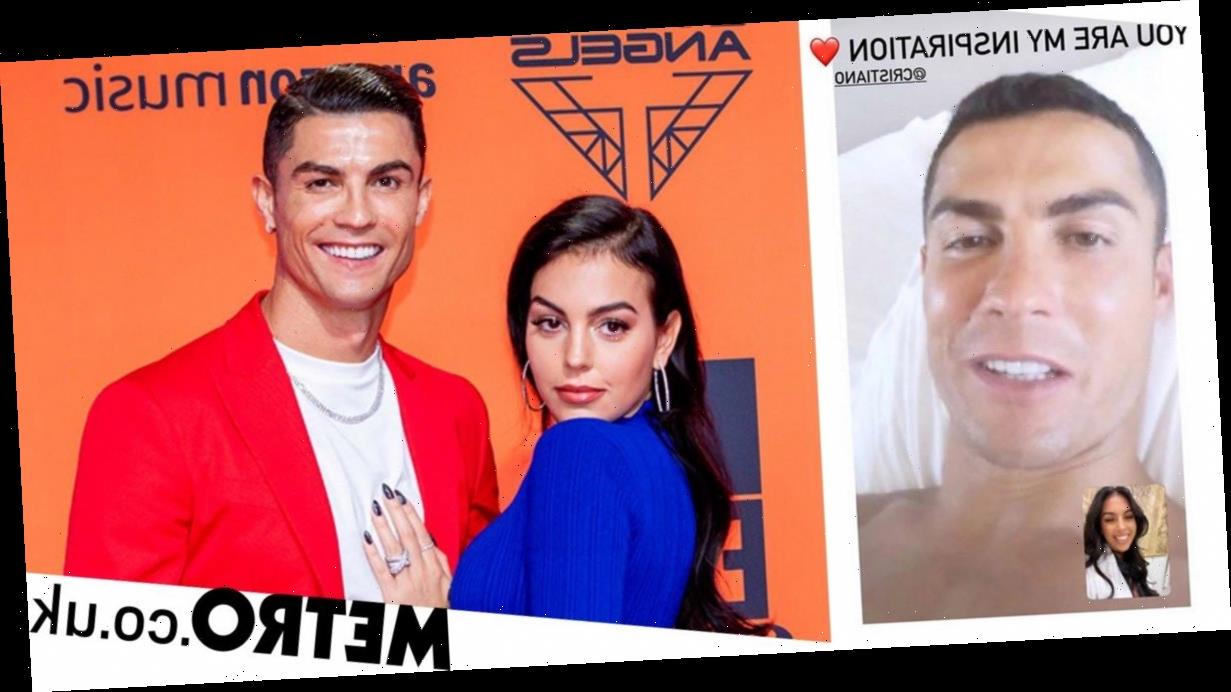 Cristiano Ronaldo isn’t completely alone in isolation as the footballer was able to Facetime his girlfriend, Georgina Rodriguez, after testing positive for coronavirus.

It was announced today that the Juventus star has been diagnosed with Covid-19 despite being asymptomatic and is now in quarantine.

Unable to console him in person, Georgina made sure to catch up with her longtime boyfriend in a video call and he seemed thrilled to see a familiar face while isolating on his lonesome.

In a screenshot, Cristiano is seen lying in bed while beaming at Georgina who captioned the photo: ‘You are my inspiration,’ alongside a love heart emoji.

Sharing his coronavirus diagnosis, a statement from the Portuguese football federation read: ‘Cristiano Ronaldo was released from the squad of the National Team after a positive test for COVID-19, so he will not face Sweden.

‘The Portuguese international is doing well, without symptoms, and in isolation.’

Cristiano’s beloved mother Delores Aveiro also addressed her son’s health and wrote in an Instagram post: ‘God gave great battles to great warriors. And this is another war you are going to win son.’

At least Cristiano, 35, and Georgina, 26, will have recent memories of their time spent together enjoying a luxury holiday on the French Riviera.

The couple were seen soaking up the rays in Saint Tropez on a superyacht worth an estimated £5.5 million.

They shared a loved-up photo of Georgina sitting on his lap while Cristiano joked alongside a photo of himself: ‘There are only two options: the view or ME. I let you choose your favorite one?!’

The former Manchester United and Real Madrid player has been dating the model since 2016 and rumours circulated last year that they were engaged.

However, a rep for Cristiano denied he had proposed and stated: ‘He has not got married.’