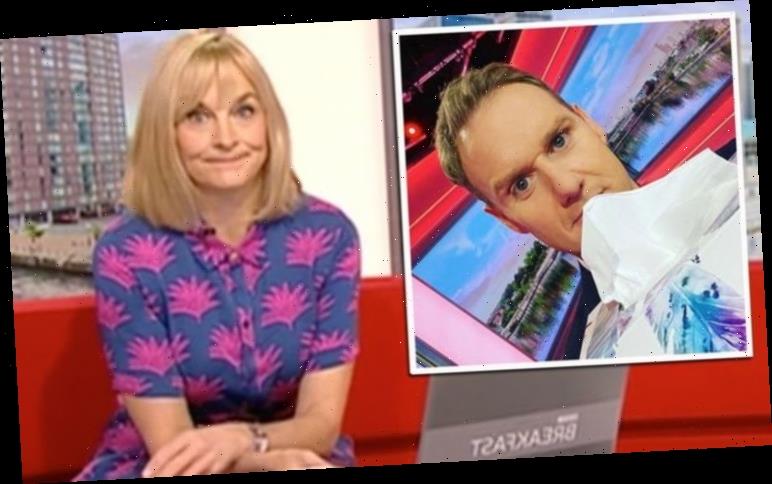 Dan Walker took to social media to say sorry to his co-host Louise Minchin for sneezing rather loudly while she was interviewing Newark MP Robert Jenrick. The BBC Breakfast presenter said he thought he had got away with his noisy interruption, however a text from his wife Sarah proved otherwise.

“Apologies for my rather loud sneeze during @louiseminchin’s interview with @robertjenrick,” he wrote on Instagram this morning, in view of his 151,000 followers.

“It was one of those which snuck up on me,” the host added.

“I thought I got away with it until my wife texted ‘Bless You’! #BBCBreakfast,” he humorously captioned his post.

An accompanying picture showed the presenter on set with a box of tissues at the ready. 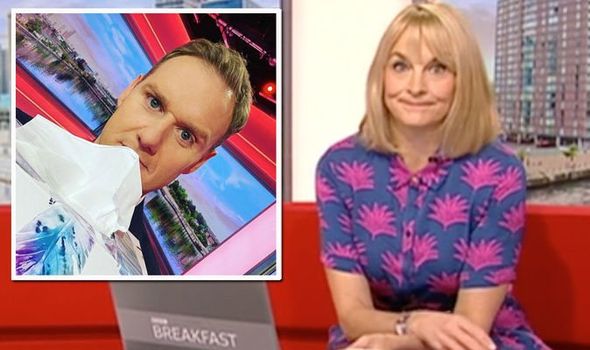 “It did make me laugh having my morning cuppa,” one follower wrote in the comments section of his post.

“Thought it was you,” another added.

“Lol was rather funny, glad you have some tissues now! Bless you!”(sic) a third social media user replied. 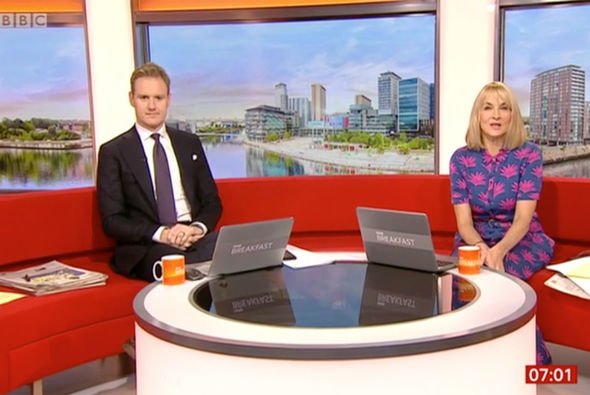 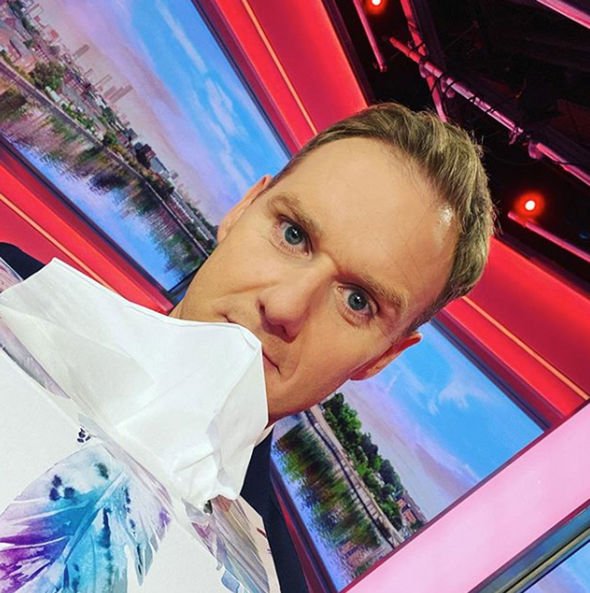 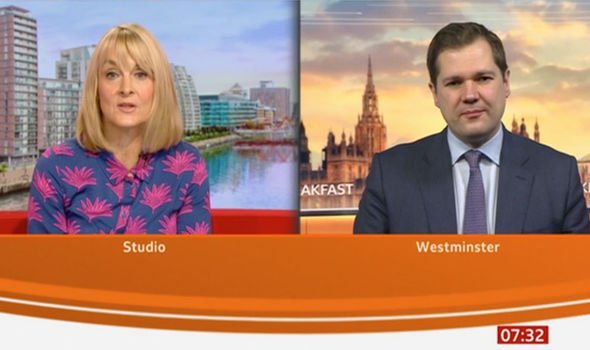 In reply to a tweet from his co-star Chris Mason, Dan revealed that he had previously washed his tresses with washing up liquid ahead of a live appearance on television.

The political correspondent posted a picture of a bottle of hand sanitising gel and humorously informed his fans that it could also be used as hair gel.

“Turns out this stuff doubles up as hair gel. You can have that tip for free, @mrdanwalker #broadcastinghacklearntwhenmybobobblehatsentmyhairwild,” he wrote on Twitter.

“Thank you,” Dan replied, before recounting his own hair hack.

“I used Fairy Liquid in an emergency before a live broadcast last year.

“Worked a treat and no need for shampoo later either #MasonsHairUpdates,” he lightheartedly added.