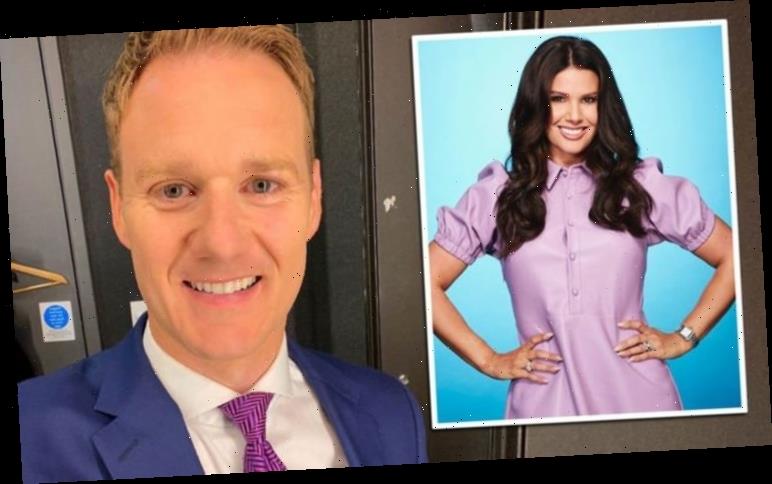 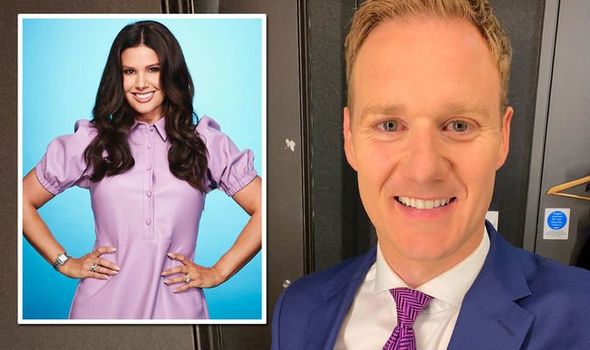 BBC Breakfast star Dan Walker has taken to Twitter to share his thoughts after Rebekah Vardy was revealed as the ninth celebrity to join the 2021 line-up for Dancing On Ice. The 43-year-old presenter re-tweeted a post from the ITV show and pointed out what he believed to be a missed chance.

“HUGE opportunity missed here!” he wrote online, in view of his 668,600 followers.

“How can you not go for: ‘It’s……. Rebekah Vardy!’ #WAGathaChristie,” the BBC star went on to add. 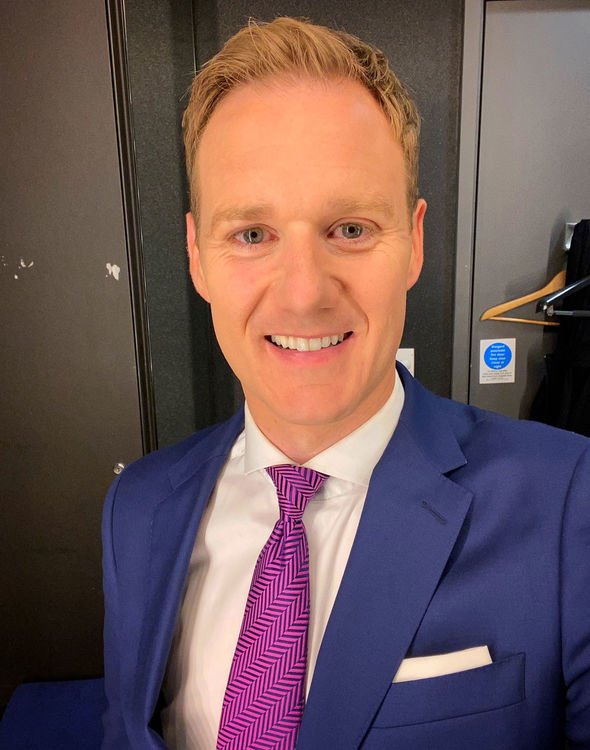 “I bet u anything it’s written into her contract that they aren’t allowed to use that phrase,”(sic) one social media user wrote in the comments section of the post.

“That hashtag was one of the highlights of 2019,” another added.

At the end of last year, Rebekah and Coleen had a war of words on social media. 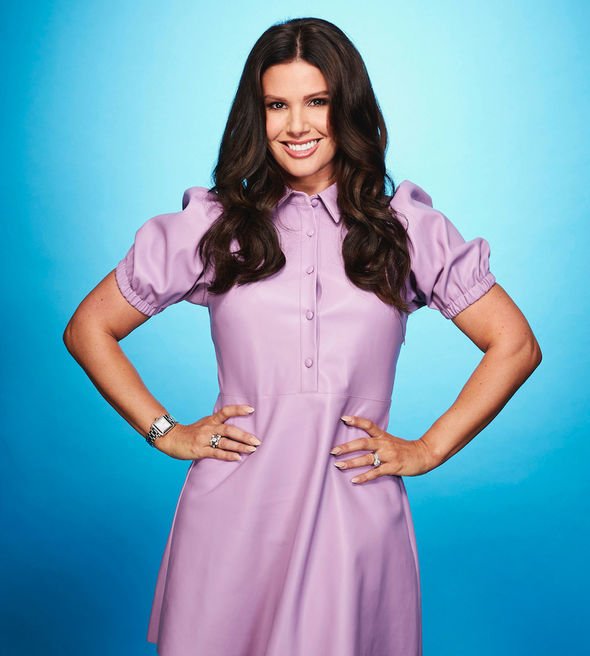 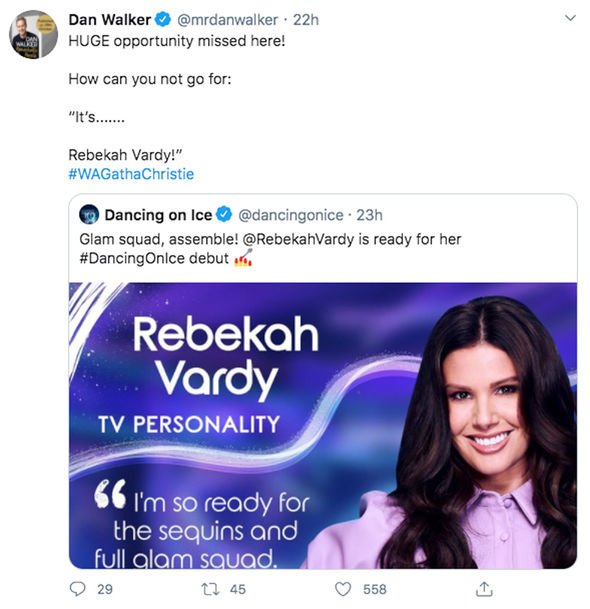 Wayne Rooney’s wife claimed someone she had trusted to follow her personal social media account was allegedly sharing private posts and stories to a newspaper.

“This has been a burden in my life for a few years now and finally I have got to the bottom of it…,” her post stated.

Rebekah, who is married to Leicester City footballer Jamie Vardy, launched a libel lawsuit against Coleen following the incident.

During an appearance on Good Morning Britain yesterday, she claimed that she had “tried to sort things out amicably” but it “didn’t work”.