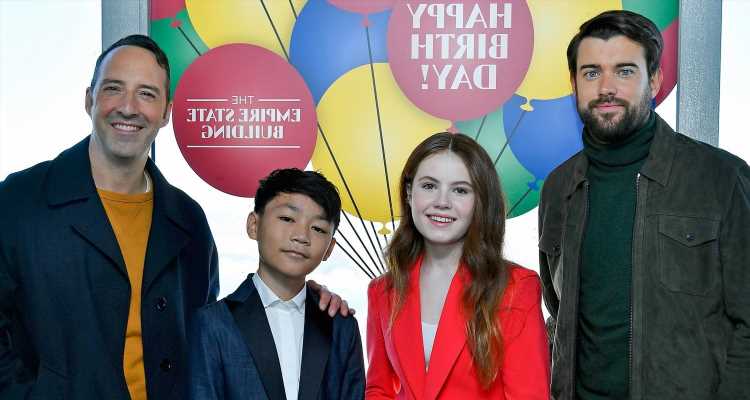 Darby Camp wears red once again while stepping out at the Empire State Building on Friday (November 5) in New York City.

The 14-year-old actress was joined by her Clifford the Big Red Dog co-stars Izaac Wang, Jack Whitehall and Tony Hale as they lit up the building “Clifford Red” in celebration of their upcoming movie.

While at the Empire State Building, Clifford the Big Red Dog donated a check for $25,000 to the Best Friends Animal Society for “all that you do for shelter animals.” See the big check in the gallery!

The night before, Darby, Izaac, Jack and Tony hit up a premiere screening for the movie at the Scholastic building in the city.

Clifford the Big Red Dog will be out in theaters and on Paramount+ NEXT Wednesday (November 10). Check out the trailer here!