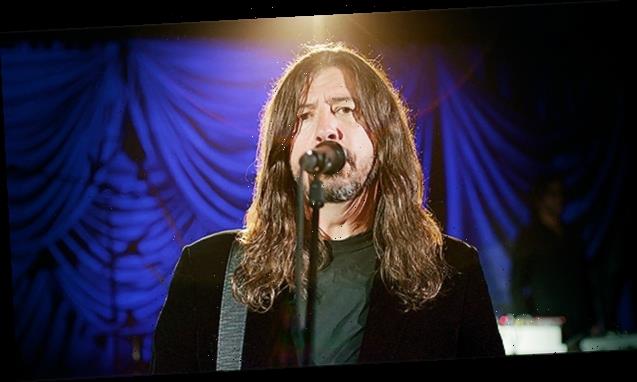 Taking it old school! The Foo Fighters had Twitter on fire after their epic performance of this 2002 tune at Joe Biden and Kamala Harris’ historic inauguration.

Dave Grohl, 52, and the Foo Fighters are icons for a reason! The Seattle-based rock band took the stage at President Joe Biden and Vice-President Kamala Harris‘ inauguration on Wednesday, Jan. 20 with their 2002 song “Times Like These” — and it was everything. “This song holds a place for someone very special in my heart,” Dave explained on-camera at the top of the virtual performance — revealing that it was his mother Virginia Grohl, who was a school teacher for 35 years. 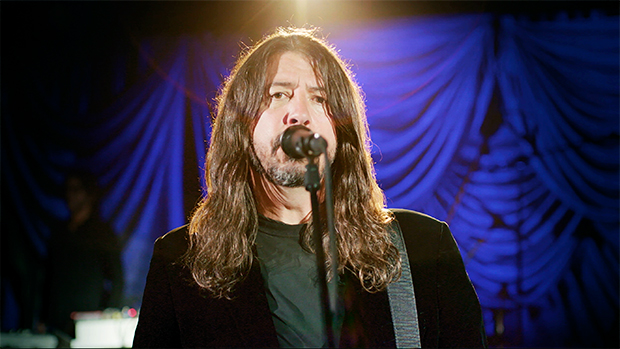 “Like Mackenzie and Dr. Jill Biden, she was also a mentor to her students — remembered long after their graduation,” he said. “This year, our teachers were faced with unprecedented challenges. But through dedication and creativity they faced those challenges head on. This song is for Mackenzie and all of our unshakeable teachers that continue to enlighten our nation’s kids every day. This is called, ‘Times Like These’,” he ended his opening speech before beginning the song. The performance aired during the primetime special “Celebrating America.”

“I, I’m a one way motorway/I’m the one that drives away/Then follows you back home/I, I’m a street light shining,” he sung, getting to the title lyrics. “It’s times like these you learn to live again/It’s times like these you give and give again,” he poignantly added. The performance started off quiet and somber before the Dave and the group rocked out, celebrating the historic day.

“Dave Grohl singing Times Like These is by far the perfect song for the U.S. and world right now. Let’s come together and fix this country and world together, side-by-side. Let’s heal together. Globe with meridians,” one user wrote on Twitter, as others chimed in about the performance. “Not gonna lie – Dave Grohl shouting out teachers before ripping into Times Like These kinda made my day,” another added, as a third dubbed Dave a legend. “Dave Grohl is a rock & roll legend & ‘Times like these’ is the perfect tune. #BidenHarris,” they posted.

The performance aired during the primetime special “Celebrating America,” which also included Jennifer Lopez, Justin Timberlake, Lady Gaga, Bruce Springsteen and more. As for the Foo Fighters, the group are set to release their album their upcoming album Medicine At Midnight on Feb. 5. So far, three songs are available for streaming off of the anticipated project: “Shame, Shame” which debuted on Saturday Night Live in November, “No Son of Mine” and “Waiting on a War.”