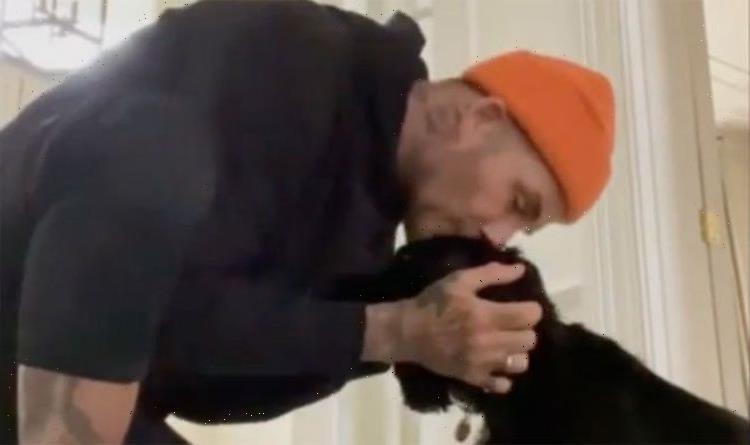 The football star proved that his skills extend far beyond the pitch, as his video shows him performing tricks with his beloved pet. Fig, his black cocker spaniel, is fixated with her owner and shows that she is more than just a pretty pooch with her skills.

In the video, David is seen crouching in front of his pooch as he holds some treats.

He holds out his hand and asks Fig for her paw, who quickly and obediently does exactly what he asks.

The former Manchester United player then challenges his pet to switch to the “other paw”, which she instantly does.

After successfully completing each trick, David gives her a treat as a reward – which the dog wastes no time in eating. 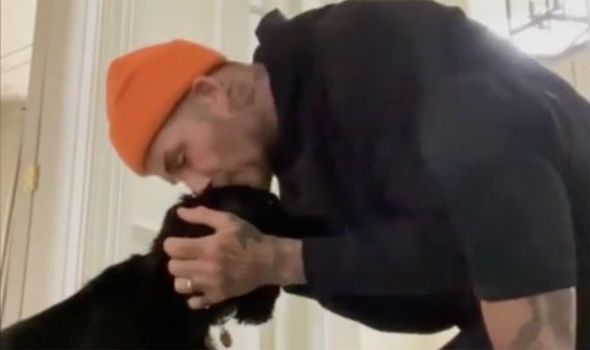 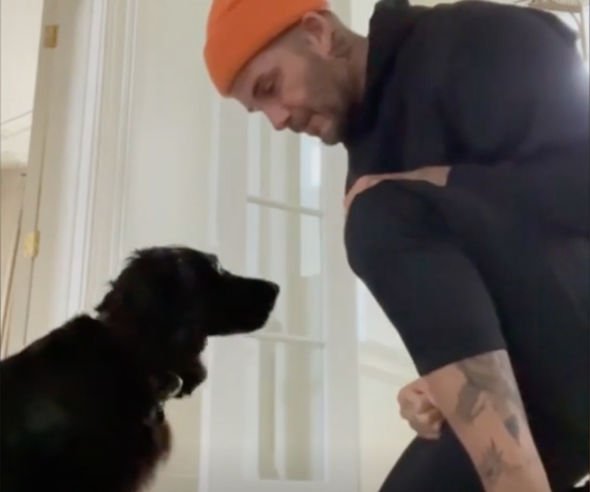 Once he repeats this for a second time, he gives the dog a kiss and says: “Figgy loves her Digestives!”

The cute clip has already been viewed over 1.3 million times since its upload earlier today, garnering over 300,000 likes.

Alongside a tearful emoji, one of David’s children, Romeo, said: “So cute.”

Fans of the football star have also been showing their love for the post. 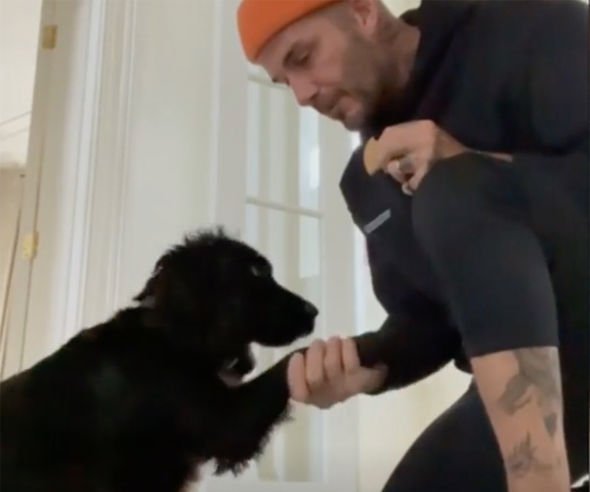 One said: “That dog has a right foot as good as Beckham.”

A second added: “So cute and clever.”

Another said: “My dogs love them too as a treat, ran out and tried Rich Tea as a substitute but they were snubbed.”

A fourth added: “THE DOG LOVES A DIGESTIVE BUT I LOVE YOU.” 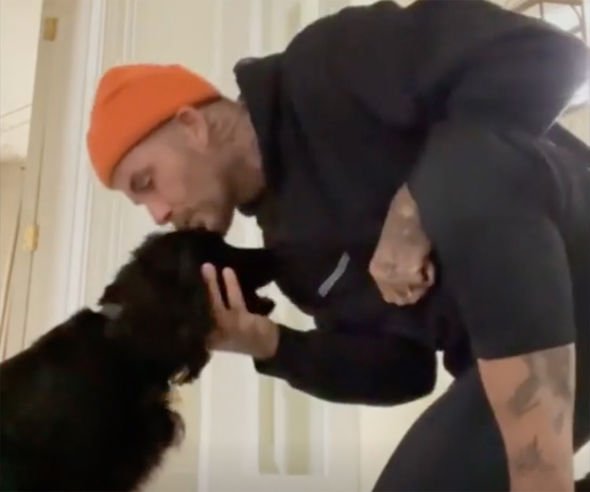 David and his family have two other cocker spaniels named Olive and Sage, which he previously paid tribute to with several photos on International Dog Day.