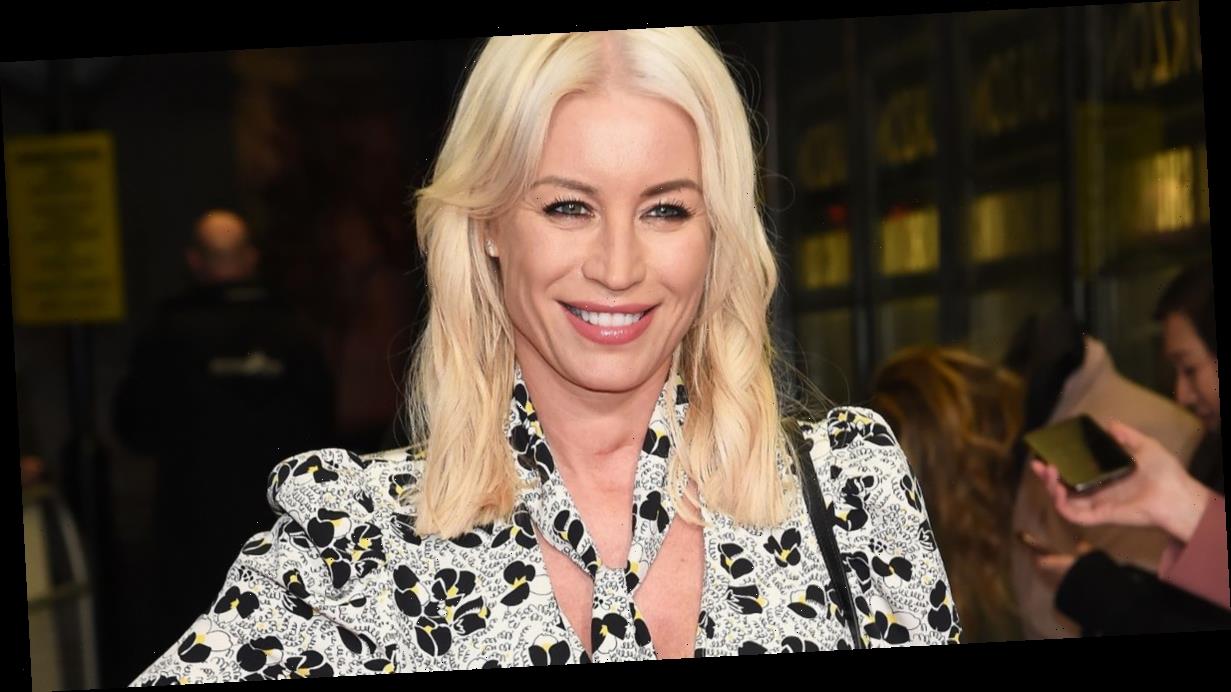 Musical actress and TV presenter Denise Van Outen has quit alcohol after her drinking made her miserable.

The actress, 45, who recently appeared on The Masked Singer singing in a fox costume, has explained that she spiralled into drinking after an injury.

Speaking to Closer , Denise describes how her relationship with drinking changed after being forced to drop out of musical Chicago due to a broken foot.

Denise explains: "I broke my foot and it really had a negative effect on my life.

"I was all geared up for doing Chicago, and I was gutted to have to pull out.

"From then on, I sat on my bum for four months – I was so miserable, I put on weight and I lost my confidence. I didn't want to do anything.

"I was eating fish and chips and drinking wine and thinking ‘What’s the point in being healthy?’"

Denise says she had a lightbulb moment after being stuck in a rut for so long.

"It got to the point where I just thought, 'I don’t want to feel like this, I want to go into my late forties feeling fit, healthy and amazing'", she reveals. "So I started to make a lot of changes."

Heading to the gym and changing her diet did wonders for Denise and she began to feel a world of difference.

It's a far cry from her party girl days, but she's loving the changes.

"It’s not for me anymore – if I'd have carried on partying hard now into my 40s, it would have been quite tragic really."

It also means that when she's enjoying herself these days, she's doing it sensibly.

Denise adds: "The best thing is that on a night out nowadays, I remember everything and I’m back in bed at a reasonable time.

The West End star has also been very busy with work, not least when you consider her appearance on hit show The Masked Singer.

"I feel like I’m having a second wind with my career too," she remakes, "so I want to be feeling the best I can."

Feeling rejuvenated, Denise has made clear that cosmetic surgery may be something to consider for the future, if it makes her feel more confident in herself.

She adds: "So if I’m in my sixties, and I feel like I want a little bit of a nip and a tuck to give me confidence, then maybe. Never say never."

Viewers will have seen Denise and her partner of six years, 45-year-old financier Eddie Boxshall, on Celebrity Gogglebox and delighted in their banter.

Having had a daughter Betsy with ex-husband Lee Mead, is she considering more children with her Eddie?

Denise concludes: "Maybe things would have been different if I was younger, but I’m 46 next year and Eddie and I have a lovely life with Betsy, Eddie’s grown up children and our puppy."

The TOWIE narrator also says that perhaps another dog to add to beloved bulldog Tilly may be just what the doctor ordered.

In fact, Denise is feeling that she is in the best place she's been in quite some time, saying: "I made some life changes and reinvented myself – I've got my mojo back!"

Catch Denise making her return to Aussie soap opera Neighbours for its 35th anniversary very soon, having had a guest spot in Erinsborough last year.