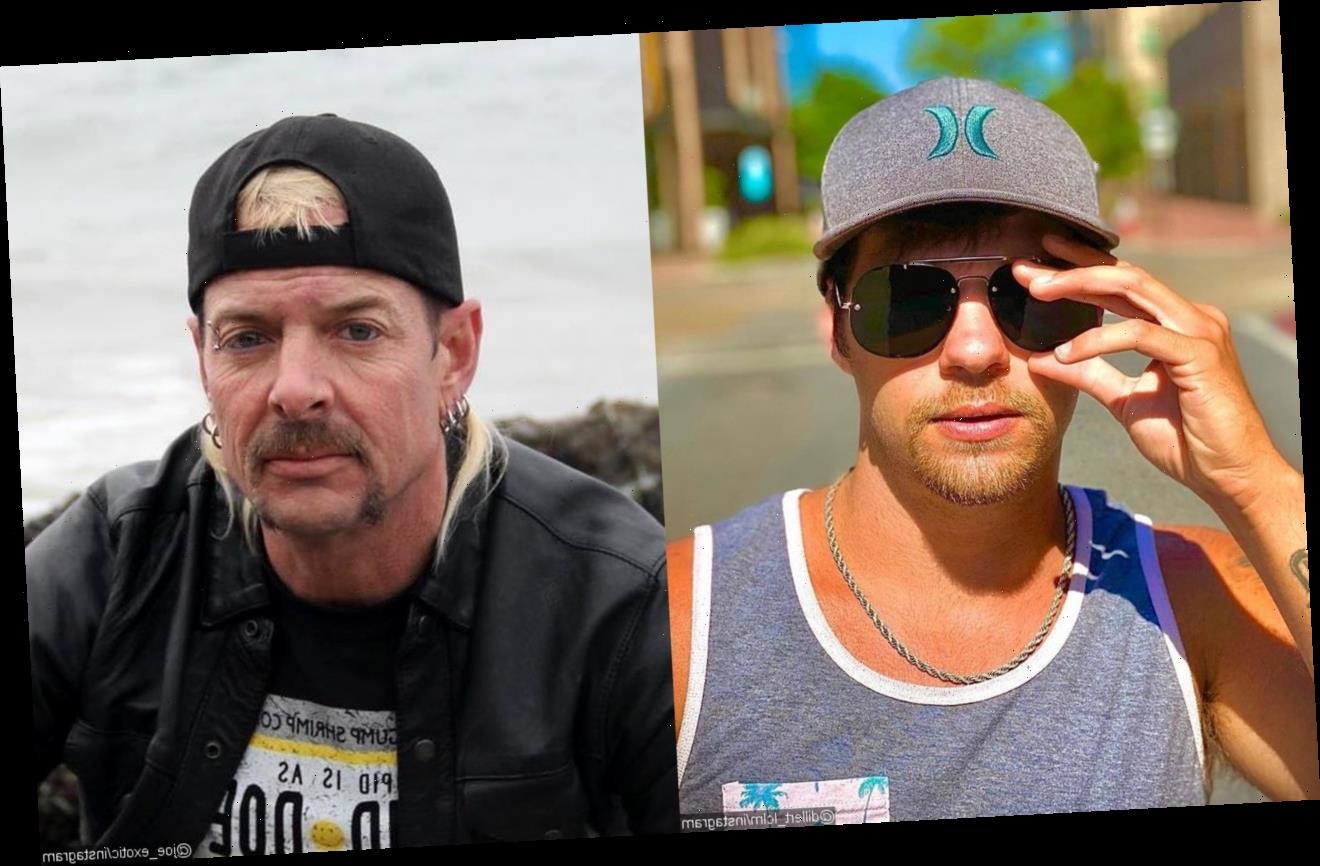 In other news, the ‘Tiger King: Murder, Mayhem and Madness’ star warns people about his upcoming memoir, saying that he won’t be ‘holding back anything.’

AceShowbiz –Joe Exotic‘s husband Dillon Passage has reacted to his call-out in which the animal enthusiast accused him of ignoring his phone call. Taking to his Instagram account, Dillan wrote a lengthy post to address the matter.

In the Wednesday, March 3 post, Dillon admitted that he and Joe “go through their ups and downs” just like any other couple. “This is magnified by the fact that our relationship is very public and the fact that one of his only outlets is social media. Unfortunately it isn’t the healthiest place to deal with personal affairs and not how I normally handle my relationship challenges,” he shared.

He noted that “Joe is obviously having a difficult time in prison and I don’t think any of us can fault him for that.” He went on to say, “I’ve never spoken poorly of Joe, through the ups and the downs and through his good and his bad. I see through all of this and recognize and realize it for what it is; a man in prison just trying to do his best.”

Despite the shade, Dillon assured that he would remain supportive to Joe, who is currently serving out a 22-year prison sentence. “I know even though Joe may rant, he wants the best for me as I do for him. I am certain he wants me to lead a full life as all of you do for the people you love,” he added.

Concluding his message, Dillon wrote, “Be gentle to people on social; you never know the challenges they are dealing with and the hardships they carry. There is always a hidden struggle for all of us.”

Prior to this, Joe expressed his frustration on Twitter, complaining that “money destroyed my entire family.” He went on ranting, “I won’t allow it to kill my soul. You win, Dillon, Jeff Duncan, Carole. Come March 22nd for Travis’s Birthday I am going to keep his promise I made the day he died. I don’t need the fame, the money or the bulls**t, you can have it all….”

“…It’s pretty sad to be in prison and still mean f***ing nothing that ya can’t even answer a phone. I see where I stand. #justiceforjoeexotic #tigerking,” Joe continued.

In other news, the “Tiger King: Murder, Mayhem and Madness” star warned people about his upcoming memoir. “It’s going to be a truth-tell book. I’m not holding back anything. Everybody that’s ever done anything good, it’s going to be in there and anybody that’s got bones in your closet, you better look out,” he said.

“I can type for 30 minutes. I spend approximately three hours a day altogether, typing this book over email and sending it through,” he further shared.