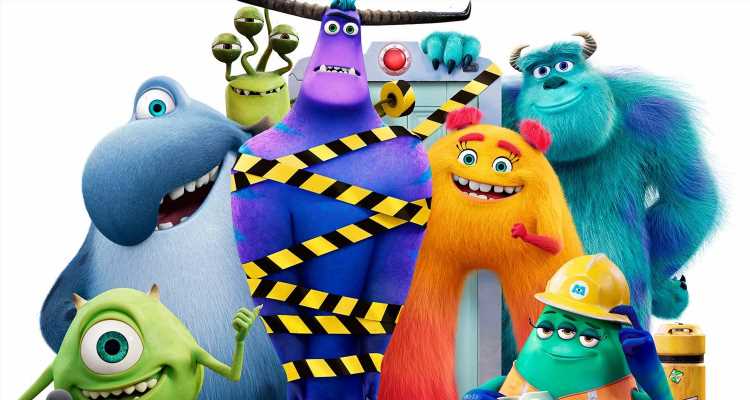 The animated series was originally supposed to premiere on Disney+ on Friday, July 2nd, but the streamer has pushed it back just a little bit, and to soften the blow, they also just released the trailer.

Monsters at Work takes place the day after the Monsters, Incorporated power plant started harvesting the laughter of children to fuel the city of Monstropolis, thanks to Mike and Sulley’s discovery that laughter generates ten times more energy than screams.

It follows the story of Tylor Tuskmon, an eager young monster who graduated top of his class at Monsters University and always dreamed of becoming a Scarer until he lands a job at Monsters, Incorporated, and discovers that scaring is out and laughter is in.

After Tylor is temporarily reassigned to the Monsters, Inc. Facilities Team(MIFT), he must work alongside a misfit bunch of mechanics while setting his sights on becoming a Jokester.

The upcoming show stars the voices of Ben Feldman stars as Tylor Tuskmon, with Henry Winkler as Fritz, Lucas Neff as Duncan, Alanna Ubach as Cutter, Mindy Kaling as Val Little and Bonnie Hunt returns as Ms. Flint. Get the scoop on all of the new characters!

The series will now be premiering on Wednesday, July 7th on Disney+!

If you missed it, find out what is coming up on Disney+ this summer…