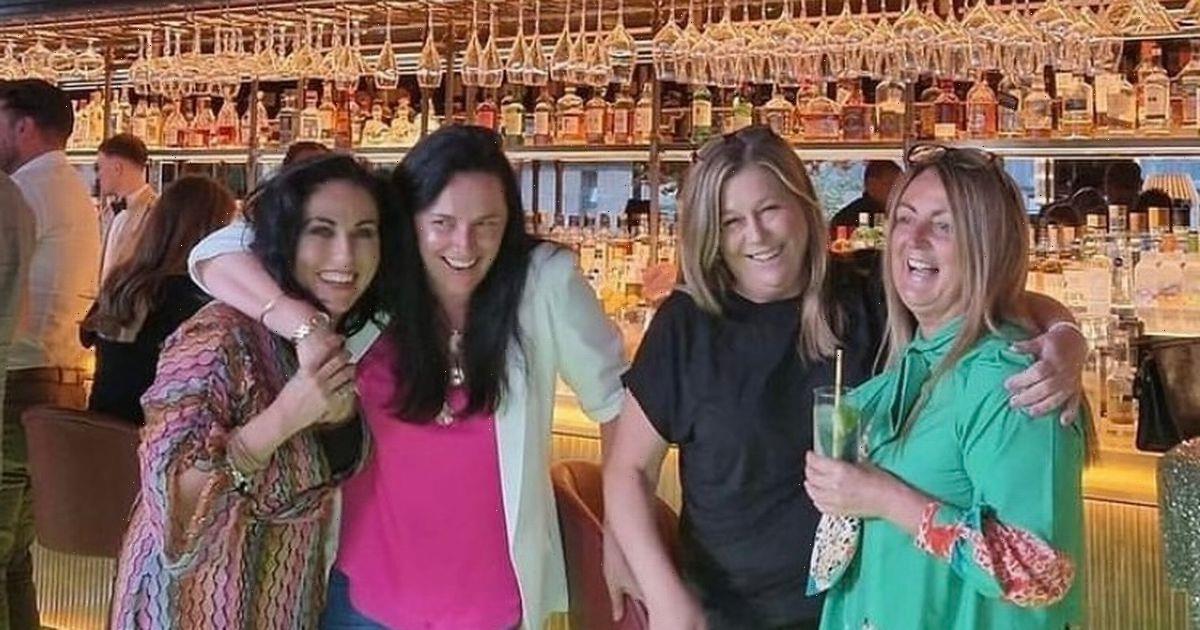 Jessie Wallace recently enjoyed a lavish night out with her pals after sparking rumours that she and her new beau Justin Gallwey had tied the knot.

The EastEnders star, 50, who portrays iconic character Kat Slater in the hit BBC One soap, looked to be having a blast as she partied with a group of friends at celeb hotspot Ivy Asia in London.

Jessie, who recently hit out at an environmental protest group after they slashed the tyres on her car, stunned in a multicoloured maxi dress which she paired with platform gold heels as she posed with three of her close friends.

A second photo showed the four women pulling funny faces for the camera as they snapped a selfie together, which Jessie shared alongside the caption: "Friends reunited," with a loved-up emoji and a love heart emoji.

The mum-of-one's followers were quick to comment on her posts, with one fan sweetly saying: "Your gorgeous Jess," as another agreed, saying: "Always fabulous as you are".

Bobby Brazier, who is the latest actor to join the EastEnders cast, was eager to join in the fun, and commented on his co-star's Instagram post: "I'm round the corner. Let's have it," alongside a string of dancing emojis.

Later on, Jessie's boyfriend Justin joined the group and they all posed for a cosy snap while enjoying drinks in a pub.

Jessie's wild night out comes after she hinted that she's married her new boyfriend Justin, after confirming their romance earlier this year.

The actress indirectly suggested that had secretly married her carpenter beau by referring to him as "my hubby" in a sweet Instagram snap.

Jessie looked smitten as she cuddled up to Justin in the photo, which was shared on her official Instagram account, as he lovingly wrapped his arm around her.

"My hubby @justin_gallwey," she wrote, as her celeb pals flocked to comment on how happy they both looked together.

Lizzie Cundy said: "So happy for you darling girl," while fellow EastEnders actress Natalie Cassidy commented: "You look so happy," alongside a red heart emoji.

Although there was no sign of wedding rings in the lovebird's post, the couple appeared in high spirits as they smiled at the camera.

It is said that Justin hinted at his plans to propose last month after he commented on a photo of Jessie and her friend Jaime Winstone modelling matching costume jewellery on the set of a special flashback episode of EastEnders.

Jessie's beau wrote: "See I told you you would have a ring on that finger by the end of the year."