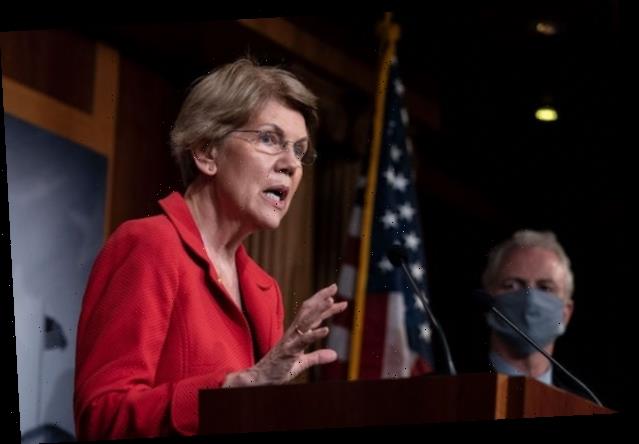 On “The Real” Monday, she was asked if Biden and Trump should even continue debating.

Warren, who ran against Biden in the primary, mused that she wasn’t sure Trump backed out of the upcoming virtual debate because of his recent COVID-19 diagnosis or anything else: “My thought? Bawk-bawk-back. Ya know? A total chicken. He knows that he just got spanked in that first debate.”

She said that she believed Americans who saw Trump’s performance at the debate would have been convinced by the way he “blustered” and “strutted around” not to vote for him anymore. She got a pretty positive response from “The Real” co-hosts for that.

“I think right now he’d like to say that he really wants to debate again. I think Joe Biden should call his bluff because one of two things will happen: Either Trump will back up or Trump will show up and either way I think the American people in even bigger numbers are turning away from Donald Trump. They’re ready to change the channel on him.”