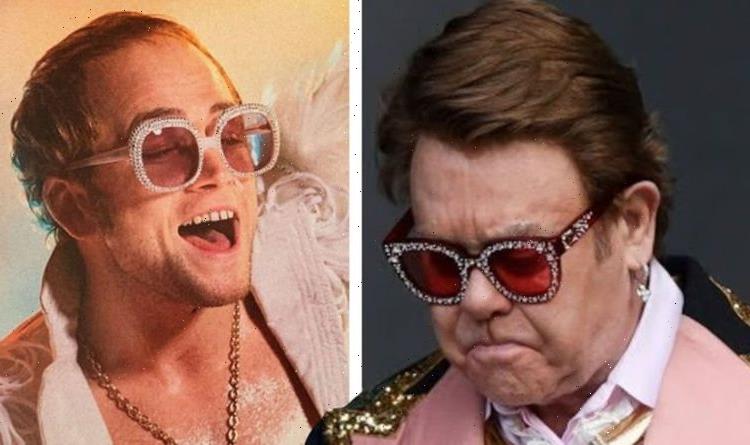 In 2019, the hugely-anticipated Elton John biopic was released – a musical fantasy drama film based on the life and music of the iconic British musician. Directed by Dexter Fletcher and starring Taron Egerton, Sir Elton admitted he was “in bits” after watching it because it told the very raw truth.

It was exactly how I wanted it to be

The film grossed $195.3 million at box office, becoming a huge hit with fans and it left the singer-songwriter beyond emotional during the premiere.

He opened up about his reaction on the Jonathon Ross show, set to air tomorrow night.

In the show, Elton reflects on how proud he is of the movie, telling the audience: “I was in bits.

“It was exactly how I wanted it to be.

“David, my husband, was producer on it.”

He goes on to reveal he “wouldn’t have changed a thing about it”, while describing it as a really “honest” account of what happened.

Featuring his flamboyant outfits, it covered everything down to the detrimental impact drugs and alcohol had on his life.

“I didn’t want it to cover anything with saccharin or anything like that,” he admits.

“It was true and it ended when I got sober.

“I was really affected by it.”

He sighs as he confessed the bits with his family “made him weep”.

“It was very moving,” Elton nods.

The singer went on to credit his friends who got him through the toughest time in his life, adding: “You support your friends through thick and thin.

“I had a lot of support when I went through the thin end of the wedge and I never forget that.”

The musician now uses his experience to help others in similar situations, looking back on his own addiction and how he was treated.

Of supporting others in similar situations now, Elton says: “I just ring them up and offer them my support basically… there’s been two or three recently, one young and one old and they’re doing ok, doing really well.

“I’m a recovering alcoholic. [You learn to] pass the message on and help people when you can.

“You call them up and give them some support. That’s what happened to me… people were so kind to me.”

The Jonathon Ross Show airs tomorrow at 10:30pm on ITV.