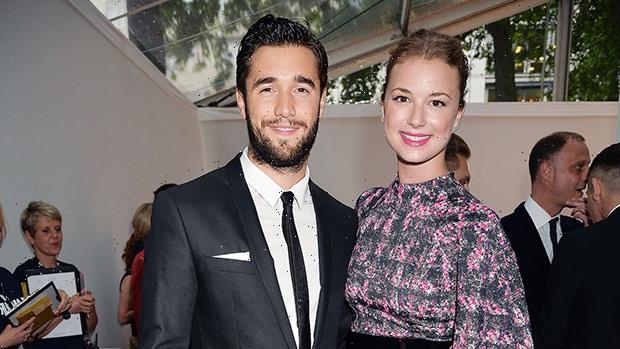 A ‘Revenge’ baby is here! After keeping her pregnancy a secret, Emily VanCamp welcomed a baby girl with her husband (and former co-star), Josh Bowman.

Emily VanCamp and Josh Bowman are parents! The actress took to Instagram on Aug. 26 to reveal that she had secretly given birth to a daughter named Iris. She shared the most adorable picture of Iris gripping her finger, as well as some never-before-seen pictures from her pregnancy, which you can see below “Welcome to the world our sweet little Iris,” Emily wrote. “Our hearts are full.” She also included a pink heart emoji.

One of the maternity pictures appears to have been taken several months ago, as Emily and Josh are both bundled up in jackets and hats. His hand is on her baby bump as they share a sweet kiss. Another picture shows Emily with an even bigger bump, posing in a sweater and comfortable leggings. This pair’s ability to keep their pregnancy and baby news out of the public eye is not surprising, though, as they’ve always been a very private couple.

Emily and Josh met when they both co-starred on the ABC series, Revenge, which aired from 2011 until 2015. The two started dating off-screen at the end of 2011. In May 2017, Josh proposed, and they got engaged, followed by a Bahamas wedding in Dec. 2018.

Since Revenge ended, Emily has continued acting in high-profile movies and shows. She was in Captain America: The Winter Soldier, and then reprised her role in Captain America: Civil War and The Falcon and The Winter Soldier. She is currently a lead character on the FOX series, The Resident, alongside Matt Czuchry. The show has been on since 2018. Josh has had some guest roles on shows like Doctor Who, Lore and Our Girl.