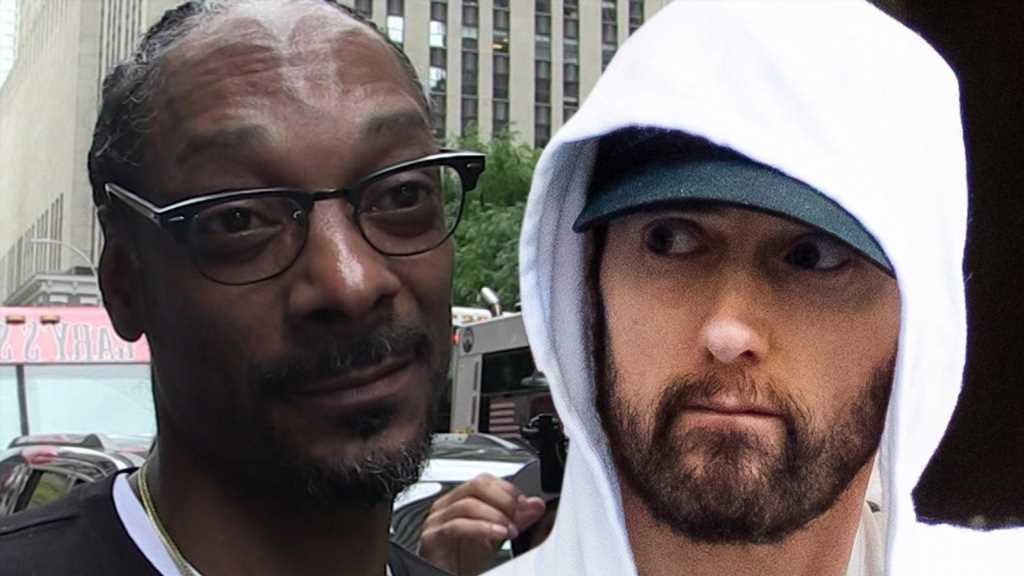 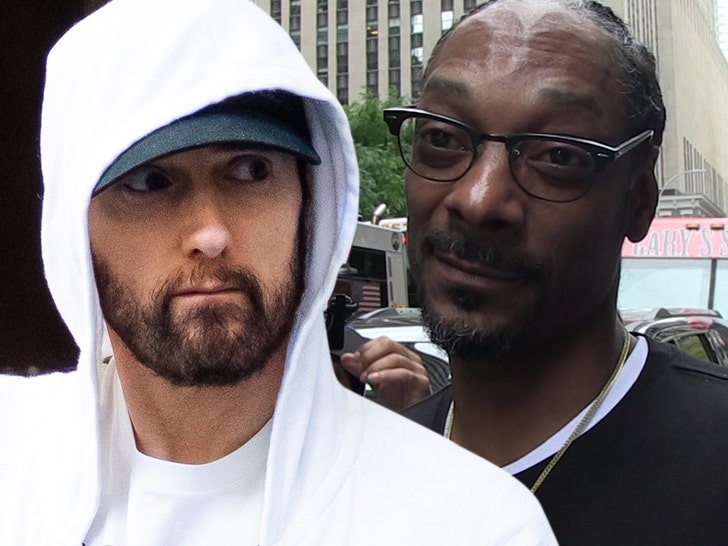 Eminem‘s been in the game so long, it’s getting hard to recall some pretty epic moments … and Shady’s slim memory was on full display during a recent hang with Snoop Dogg.

The 2 legendary Super Bowl LVI performers were chilling in a studio to promote their recent collab “From The D 2 The LBC” … when Snoop brought up Eminem’s cameo in Dr. Dre’s “Still D.R.E.”

The single was famously written by Jay-Z, and the video directed by Hype Williams featured a pre-superstar Em chasing a flock of groupies. While that might sound like a precious memory to most of us … Em totally blanked.

It’s also one of the few rap videos with a billion views on YouTube …so, it’s a big deal!

Snoop kept trying to jog Em’s memory … and eventually, his brain did get up and running. Hey, considering the insane career run he’s had since 1999 when the video was shot, it’s okay for him to have a few lapses every now and then.

Both Em and Snoop have been collaborating for years, and recently helped Dre cement their legacies with the Super Bowl halftime show performance in L.A.

Mary J. Blige, Kendrick Lamar, 50 Cent and Anderson .Paak were there too and the performance earned five Primetime Emmy noms.

Their latest joint is locked in for Em’s “Curtain Call 2” — his second greatest hits collection — and he’s going with an arcade game theme for the project’s rollout.

Slim Shady’s game night happens on August 5 — and should be a literal blast from the past!