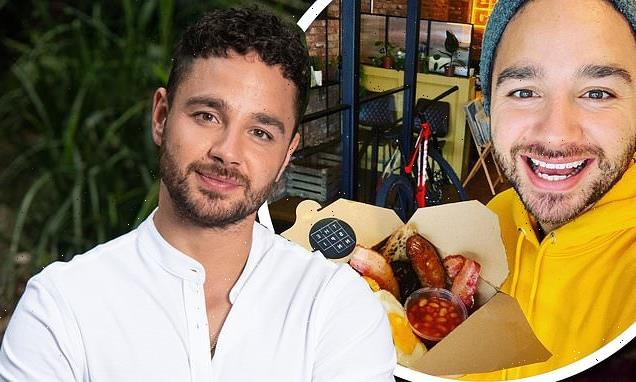 ‘Thanks to everyone who supported us’: Emmerdale’s Adam Thomas reveals he’s been forced to close his Manchester restaurant after three years

Former Emmerdale star Adam Thomas has announced the shock closure of his restaurant The Spinn in Gatley, Manchester.

Following reports the once popular venue had been boarded up, the actor, 34, confirmed the news to MEN, thanking all his customers.

Adam, alongside business partner Scott Graham, opened the business back in 2019, followed by a bar and burger sauce company. 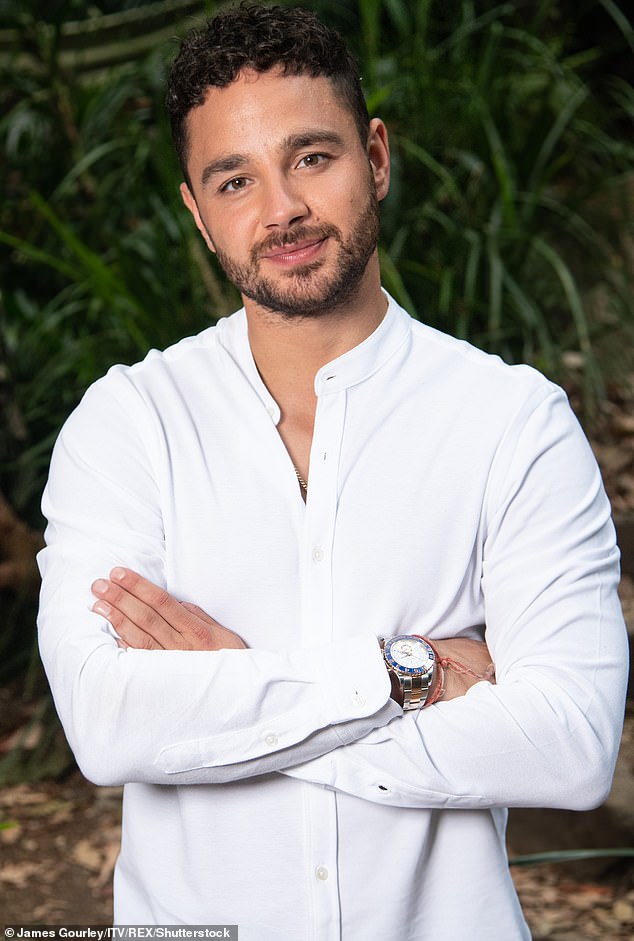 ‘Thanks again to everyone who has supported us’: Emmerdale’s Adam Thomas, 34, revealed he has been forced to close his Manchester restaurant after three years

He said: ‘Unfortunately we have decided to close The Spinn. We did what we had to do with The Spinn and we learnt so much building our first venture and more importantly we had an absolute blast’.

‘But after 3 years we felt the time was right for us to move on. We are now focusing on the next chapter of The Spinn … The Spinn off [bar] and Oh My Glaze [burger sauce company]’.

He added: ‘Thanks again to everyone who has supported us along the way and continues to support us and to all our staff who we will continue to take on this journey with us.’ 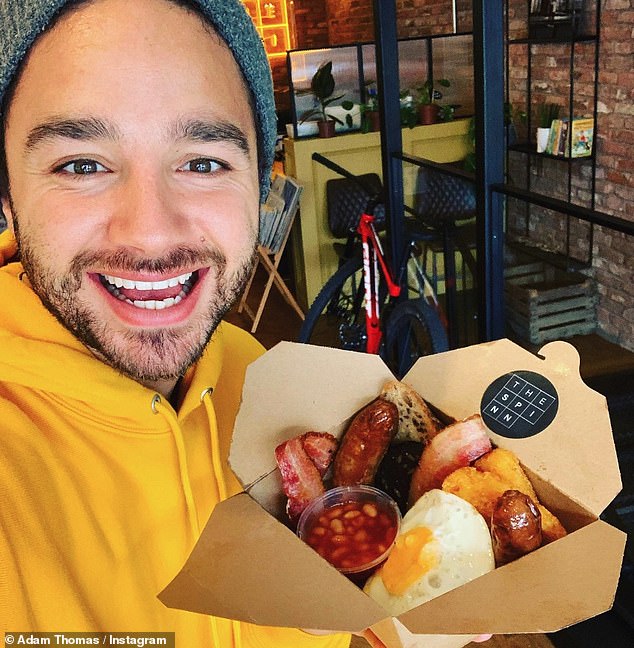 Sad news: Following reports the once popular venue had been boarded up, the actor confirmed the news  and thanked all it’s customers 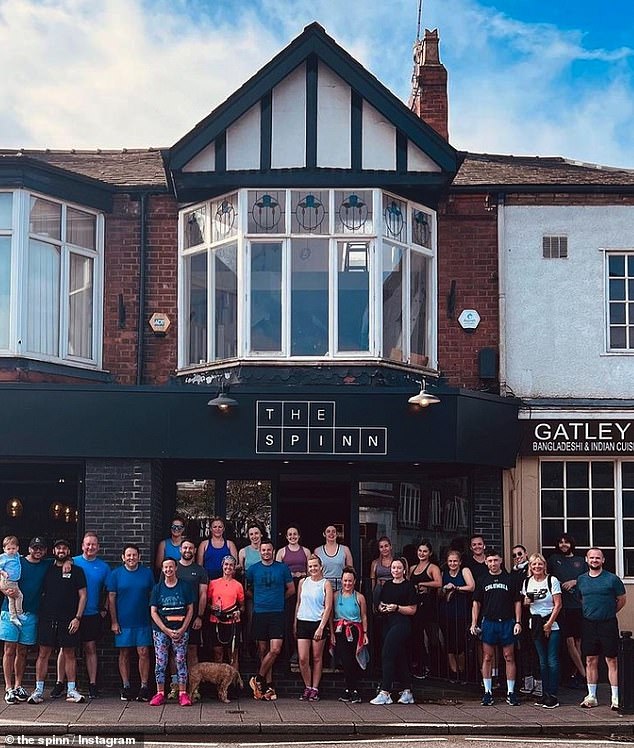 End of an era: After three years the actor will now concentrate on other ventures (pictured In August)

Speaking about the venture back in 2019 Adam told I Love Manchester: ‘We’ve [himself and pal Scott] been wanting to do this for years, even when we were at school we talked about opening our own place’.

‘We found a location that we fell in love with, and so when we were on a bit of a night out and ended up in a casino, we said we’d do a spin on the roulette and if we win we’ll go for it. We didn’t win much money – it was more the significance of the bet to finally do this and it gave us that last push. That’s why we’ve named the restaurant The Spinn.’

Speaking about his famous brothers, Corrie’s Ryan, 37 and Love Island’s Scott, 34, he revealed:  ‘It’s pretty much their bar as well, or so they keep telling me. They’re really happy for me, they’re over the moon that I’ve finally done it. This place will hopefully be a hub for all our friends to get together.’ 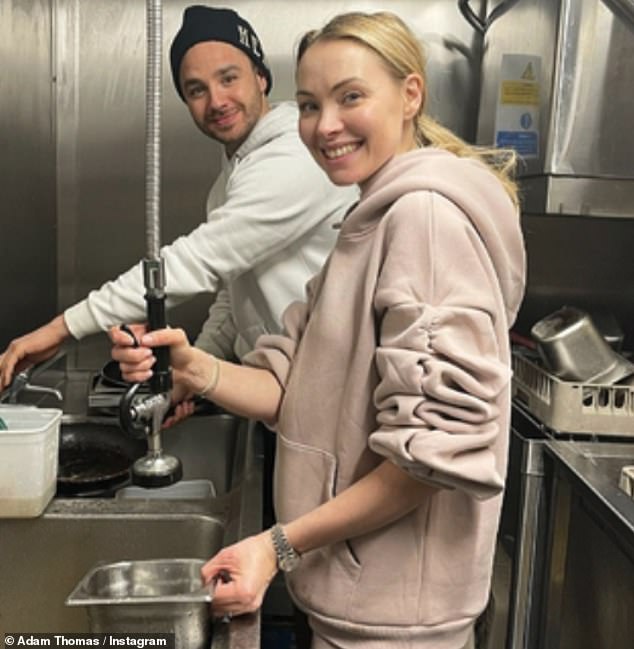 Helping out: Adam’ s wife Caroline with whom he shares children Teddy and Elsie-Rose, also helped behind the scenes (pictured in 2020) 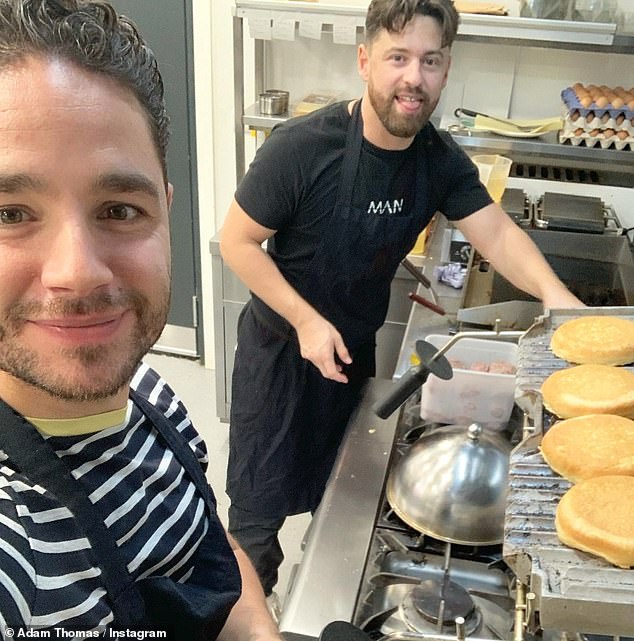 Partners: Adam (left) alongside business partner Scott Graham (right) opened the business back in 2019, followed by a bar and burger sauce company

The Thomas brothers have been hotly tipped to star in their own reality series – but Adam revealed there’s one member of their family who’s against inviting cameras into their homes.

He said: ‘Everyone would want to it but not Lucy [Mecklenburgh]. She knows how it all works. She likes her quiet life whereas we’re all like ‘look at me.’

Lucy, who rose to fame on TOWIE, is in a relationship with Ryan, and the pair share son Roman, two, together, as well as daughter Lilah, who was born in May. 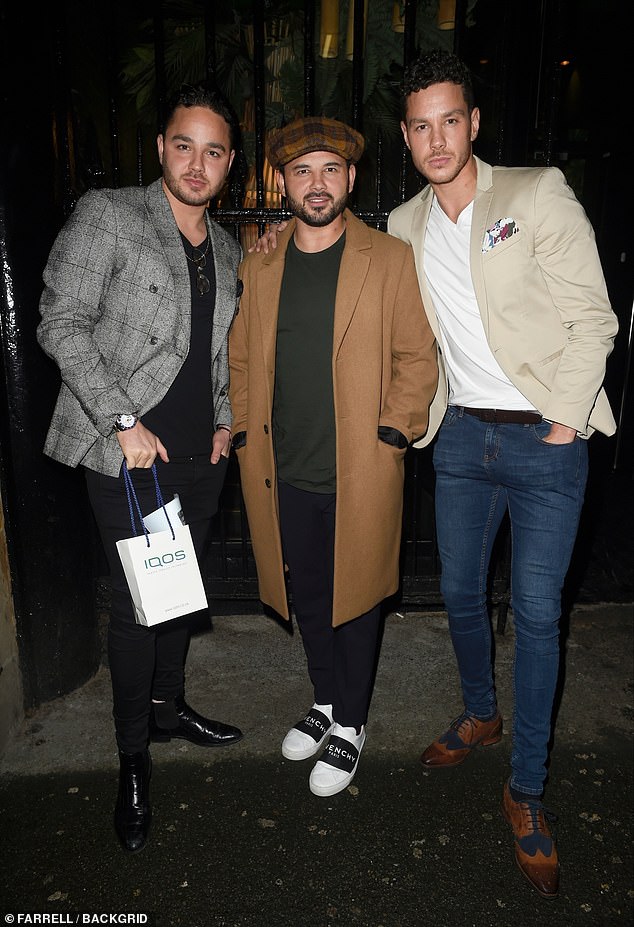 Upcoming: The Thomas brothers have been hotly tipped to star in their own reality series homes

Adam continued: ‘After Mancs in Mumbai so many people have messaged us and people I bumped into say all the time we should have our own reality show but it’s something we have always shied away from.

‘Our family is hard to pin down right now, Ryan is in London, I’m in Manchester, we are here, there, and everywhere but I would love to one day. I would jump at the chance for sure.’

Ryan added: ‘I’ll tell you who would love it the most… our mum. She said the other day ‘if I did a show like that will I get more followers and freebies?’ I was like mum…’ 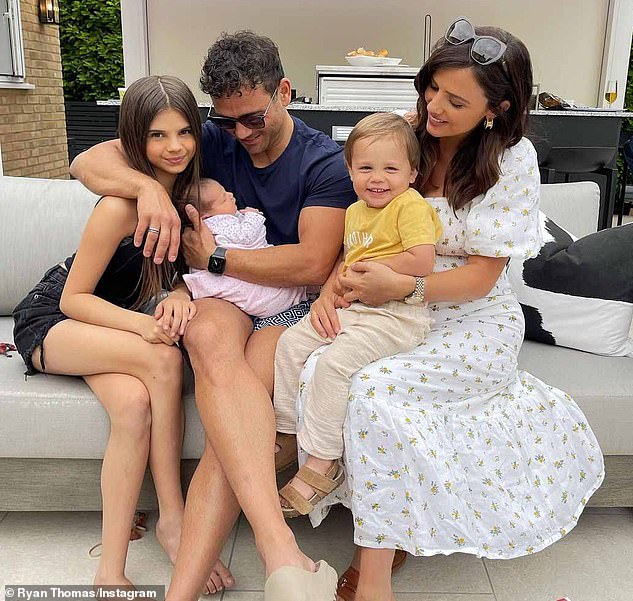 No thanks Ryan, pictured with daughter Scarlett, son Roman, and baby daughter Lilah, said his partner Lucy Mecklenburgh is the only one in the family against the idea of a reality show, following her time on TOWIE