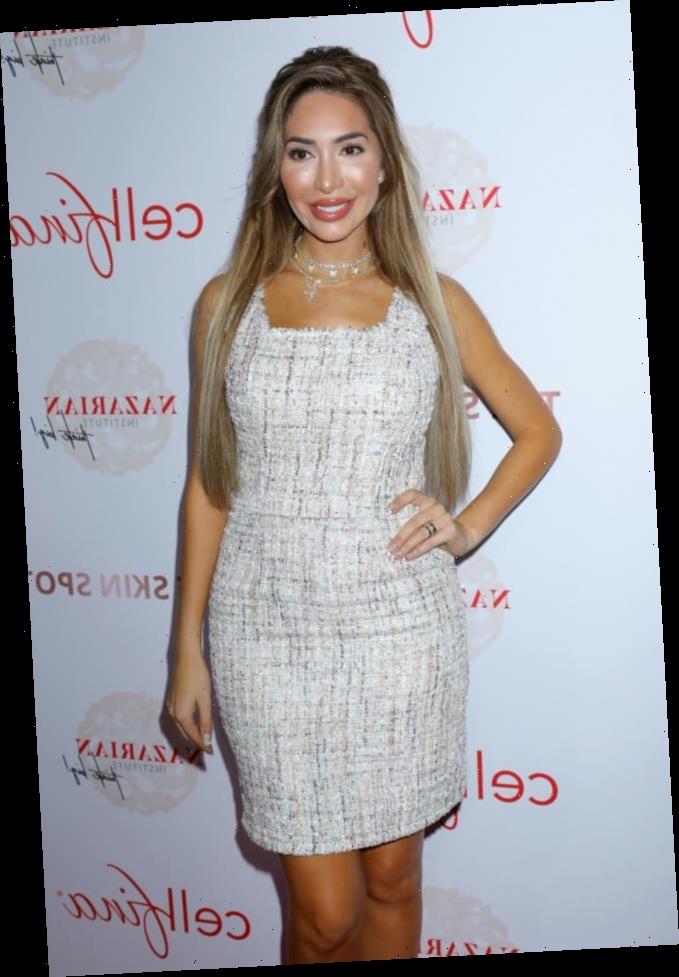 So hey, you know how Farrah Abraham is real dumb and awful?

Yeah, that’s what we’re going to be talking about today.

Farrah is awful for lots of reasons, and nobody has time to sit and recount every single one of them.

Instead, let’s just focus on her attitude and knowledge towards politics and current events.

If you keep up with her at all, you probably know she’s a big Trump fan.

She endorsed him when he was running for president by posing in a Wonder Woman costume and telling anyone who would listen to “grab life by the p-ssy.”

She’s supported him ever since, and just last week she defended him against the people who’ve been saying he has no idea what he’s doing when it comes to the coronavirus.

A lot of people are terrified of the virus, and it doesn’t help that Trump has made cuts to the programs that could have helped or that he placed Mike Pence in charge of handling it all, which … come on.

But Farrah is grateful for his efforts in keeping the country safe — she tweeted “Thanks Trump for keeping us safe unlike the Democrats who want to be killed I guess by China.”

“All Democrats go live in China and die,” she added, ever so eloquently.

It was obviously a horrible thing to say, and she got a lot of hate for it.

But hate equals attention, and Farrah thrives on attention.

So of course she’s going to try to keep that train going.

She shared a new video yesterday, and … well, here it is:

That’s Farrah and Sophia raiding a Target for supplies she thinks they need to survive the coronavirus.

She shows the shelves where the disinfectant wipes are usually kept, and there are only a few left because there is such a panic.

She climbs up on a shelf to get some disinfectant spray, and you can hear a nervous-sounding store employee offer to help her, but Farrah’s got it — she has a video to make!

“I’m kind of disappointed as a mom that I only got like 20 bottles of Lysol,” she complains. “I should have gotten a whole cart!”

She also got disposable gloves, Advil “for the fever,” and eye drops and mouthwash, because that’ll help, right?

You just have to watch the video to really get how obnoxious she’s being here.

To quote the great Kourtney Kardashian, “There’s people that are dying.”

It’s tasteless to joke about this kind of thing, especially if you’re not even being remotely funny.

And, once again, no one is here for this.

She’s limited the comments on the video, but after several people were allowed to get some good jabs in, like this one that reads “Only Farrah would try to exploit this virus!!!! Anything for a buck and to stay relevant!!!”

“Honestly she has nothing better to do,” another person wrote. “This no joke ppl ar actually dying from the virus and as usual she makes her stupid videos ….”

“She don’t care about coronavirus she really thought people seeing her buy Lysol would be so funny,” one of her followers said.

And one person summed it up well with “More embarrassing crap from Farrah. Just don’t got it girl. It’s always so awkward when you try to be funny or witty.”

We’d like to imagine that she read these comments and perhaps learned something about herself, but at this point, we’re pretty sure that’s not even possible.

Farrah Abraham: All Democrats Can Go Ahead and DIE! Hashtag Coronavirus!Start Gallery

Instead, she’ll just call these people haters and go on to look for the next opportunity to make a fool of herself.