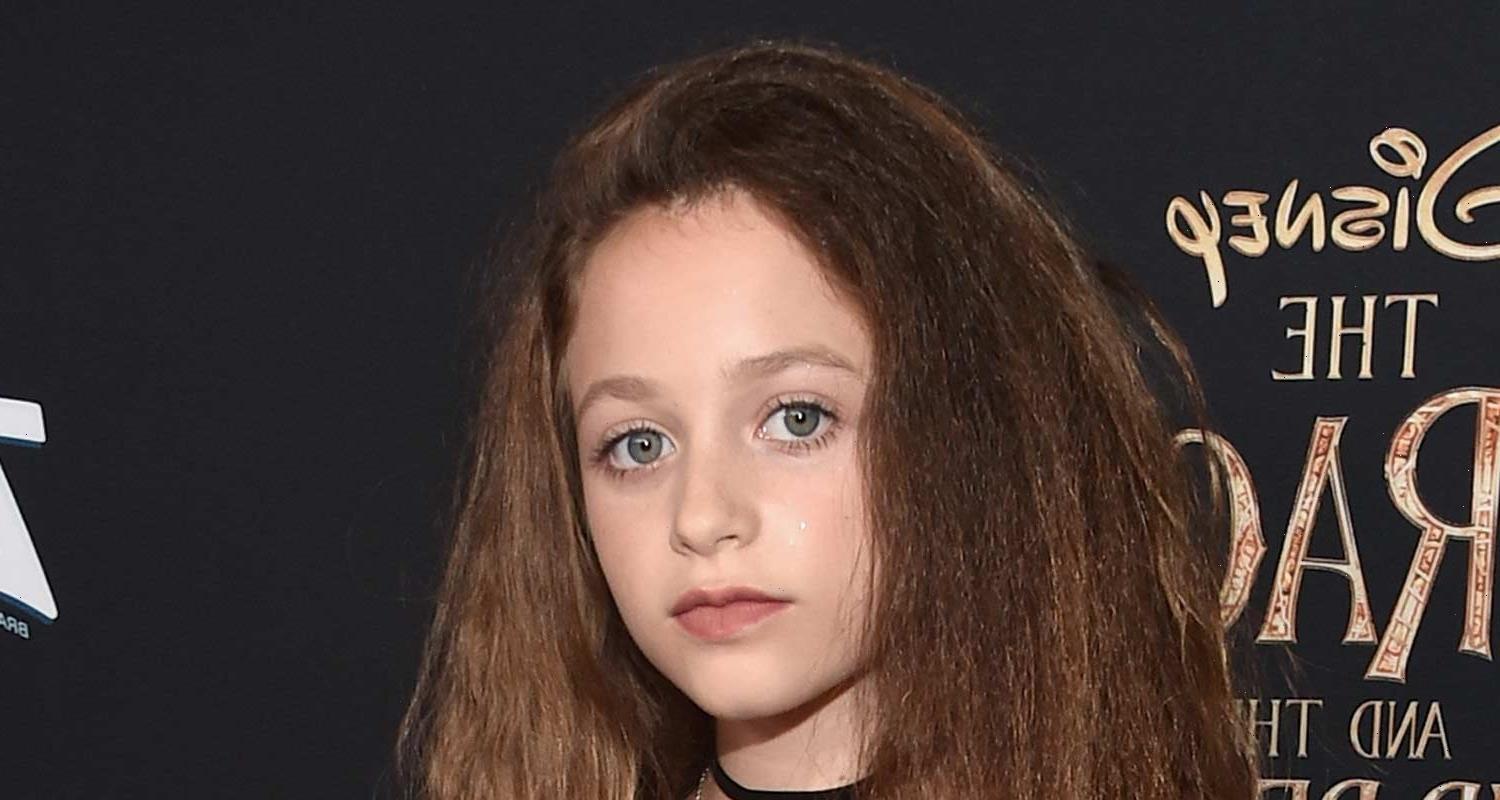 Sofia Rosinsky will be starring in an upcoming brand new series for Amazon!

The 14-year-old actress has been cast in the show, Paper Girls, which is based off of the graphic novel of the same name by Brian K. Vaughan and Cliff Chiang, Deadline announced.

The series follows “four young girls who, while out delivering papers on the morning after Halloween in 1988, become unwittingly caught in a conflict between warring factions of time-travelers, sending them on an adventure through time that will save the world. As they travel between our present, the past, and the future — they encounter future versions of themselves and now must choose to embrace or reject their fate.”

You may recognize Sofia from her role as Zora Morris on Disney Channel’s Fast Layne.

Find out all about the characters inside…

In Paper Girls, Sofia will star as Mac Coyle, who is a “working-class Catholic girl, Mac is the first paper boy in Stony Stream who isn’t a boy. Mac inherited the paper route from her older brother, someone for whom she has undying loyalty and love… which might be the wrong place to put it. Mac’s toughness however is no act, she has a sharp tongue and quicker fists. Like most bullies however, Mac is perhaps masking a deep well of insecurity. Usually a loner by choice, events conspire to cast Mac as the unlikely leader of our Paper Girls on Hell Day 1988.”

“I cannot wait to embark on this journey, and hope to live up to this amazing role! Woot woot! Thank you so much to Vault and Webster Management, and everyone who has supported me. I can’t wait to discover Mac,” she shared on Instagram.

Camryn will play Tiffany Quilkin, who is “the only child of success-oriented, mixed race parents, Tiffany has big plans for her future and no intention of seeing them derailed. While she is at times willing to improve on the truth when in a tight spot, there is no denying that Tiffany is crazy smart. She boasts an encyclopedic knowledge of pop culture, a love of gadgets and technology. She has been delivering papers for a little over a year.”

“Finally I can tell people! I’m going to be Tiffany Quilkin in the new Paper Girls TV series! Thank you so much to my team for helping me through this entire process #cesdtalent #industryentertainment. Thank you #amazonstudios #legendary #planb #sharonbialycasting and the entire Paper Girls team for trusting me with this role and this opportunity! I can’t wait to start shooting and become Tiffany! So excited to see Paper Girls come to life!” she wrote on Insta.

Riley is taking on Erin Tieng, who is a “dutiful daughter, sister, and yes, newly-minted newspaper employee, Erin often feels caught between worlds. On the one hand, she’s a dual-language immigrant with deep Chinese roots, on the other, she’s an All-American kid on the verge of her teenage years who desperately wants the TV-perfect life she often sees depicted in the Western culture all around her.”

“Hey, that person looks familiar😦EEE I’m beyond excited to work on this production(๑˃̵ᴗ˂̵) #papergirls #erintieng #actress #amazon #deadline,” she said.

Fina, who previously starred on Broadway in the title role in Matilda the Musical, will star as KJ Brandman, “one of the only Jewish girls in Stony Stream and comes from the wealthiest family in town, two things nobody will let her forget. It is perhaps only when playing field hockey that she feels truly seen – an image that conflicts starkly with her mother’s desires for her. KJ is guarded, sensitive and underneath her veneer, emotionally roiling. She doesn’t need the paper-delivery job, but it makes her feel free.”

She shared on Instagram in excitement, “Finally can deliver this big news!”