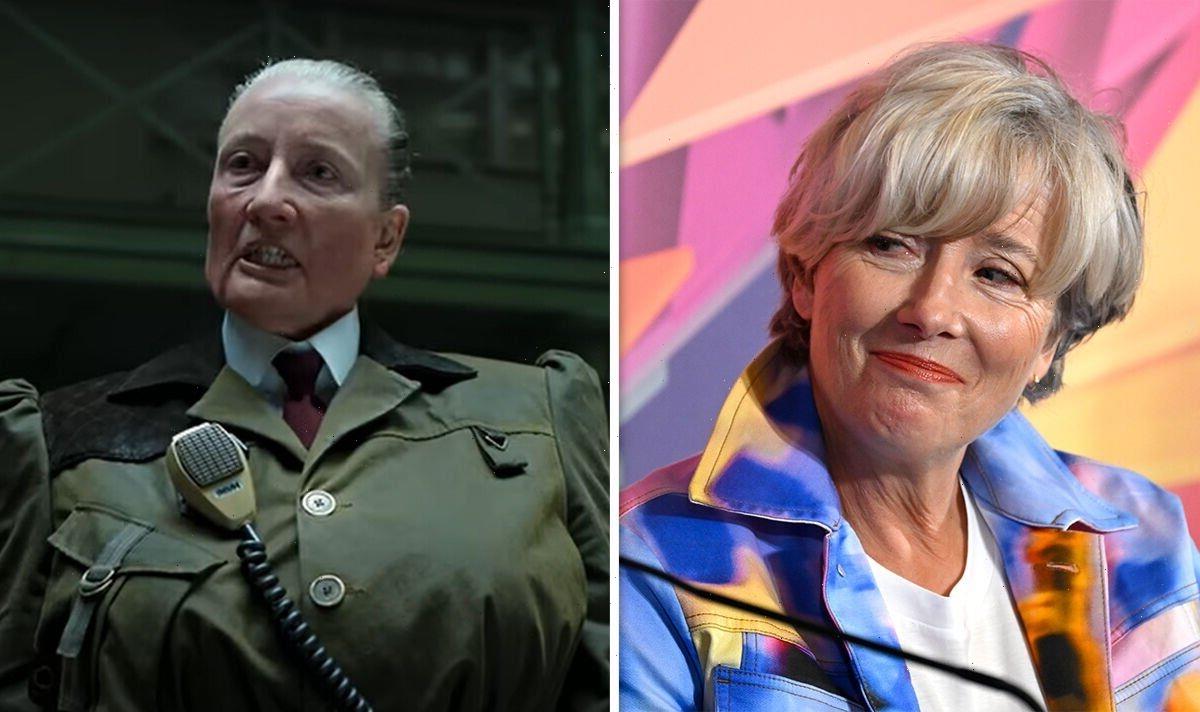 At 63, Emma Thompson is the latest actress to take on the role of the cruel Ms Trunchbull in Roald Dahl’s iconic tale Matilda. Director Matthew Warchus, 55, hailed the “fearless” actress at the London Film Festival as he revealed she actually did some of her stunts.

From Men in Black to Nanny McPhee, Emma has brought countless iconic characters to life on-screen in her 40 years of acting.

However, the award-winning actress shared at the London Film Festival press conference for her latest film that it was the biggest challenge she faced yet.

Director Matthew Warchus revealed at the press conference that one particular scene, which sees Ms Trunchbull climbing to the top of the school’s scoreboard, is largely real.

He said: “When she goes to the top of the scoreboard, that is Emma standing on the top. I was absolutely trembling.

“Obviously she had a wire on her.”

Emma herself wasn’t entirely courageous about the stunt, exclaiming: “My legs were shaking!”

Regardless, Matthew applauded his star, saying: “I must say that Emma is completely fearless, which rooted the character.”

He shared: “And vocally fearless as well. It was bonkers what we asked you to do.

“There’s no fear and it’s why you hire Emma if you can.”

However it wasn’t just physical and vocal daredevil antics the actress was faced with, as she also had a mammoth aesthetic shift.

Ms Agatha Trunchbull, in the fictional tale, is an ex-hammer thrower with an intimidating figure, or as Emma candidly described: “Built like a brick s**t house.”

She shared: “That costume, the prosthetics, creating her shape and her strength.

“She was probably, physically, the most demanding thing I’ve ever done.”

She revealed that it took a team of six, herself included, to hoist the costume and prosthetics onto her for each day of filming.

Evidently, it all paid off as the Oscar-winner is virtually unrecognisable in the film’s trailers.

Emma has been an iconic actress in children’s films for decades, and believes that “work for children is the most sacred work we have”.

She proudly continued: “It has to be our best work, it has to be good because they need to get the best of us as artists because they’ll take that as they grow older.”

The actress also recalled some wise words from her father, Eric Thompson when he was working on the children’s television show, The Magic Roundabout.

Matilda the Musical will be released in cinemas on November 25.