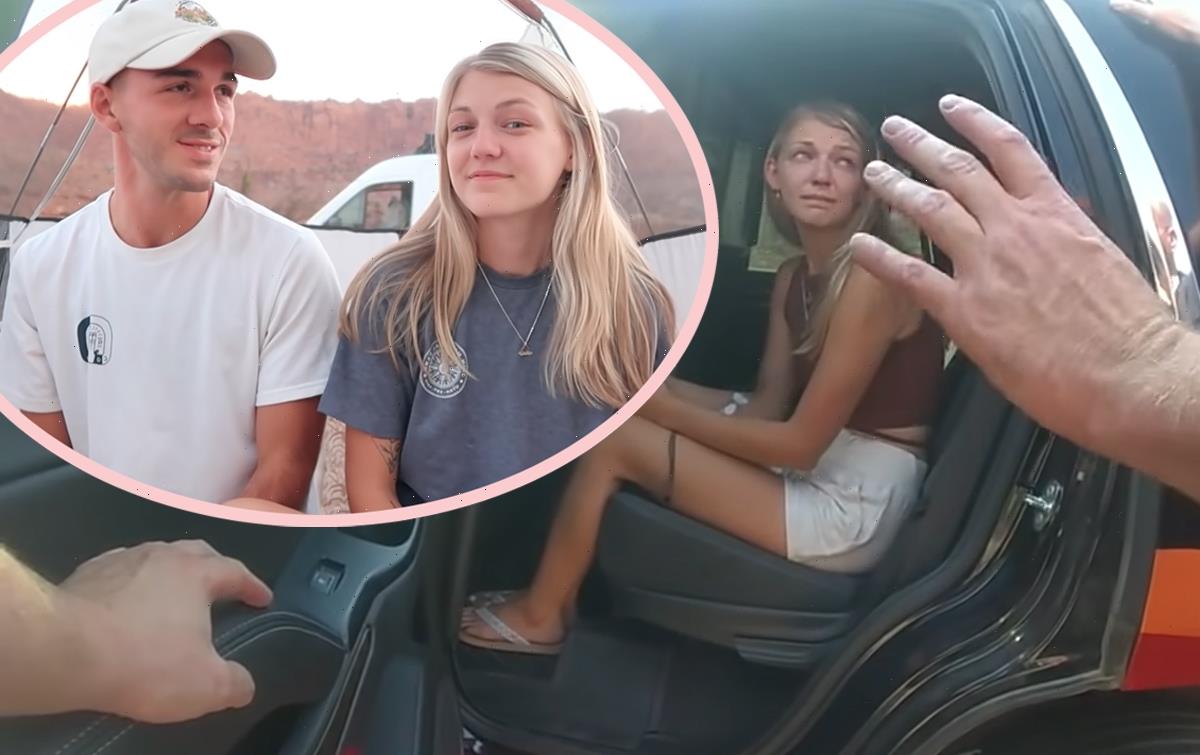 On Tuesday, one of the biggest questions about Gabby Petito‘s death was finally answered. In a brief press conference, Wyoming’s Teton County Coroner Dr. Brent Blue revealed the 22-year-old’s cause of death to be strangulation.

However, apart from the horrifying fact the YouTuber had been dead 3-4 weeks before being found, there was very little else shared at the time. In particular, Dr. Blue refused to answer questions about the specifics of Gabby’s injuries.

Later, though, official documents were released which gave an even more specific, descriptive cause of death: “manual strangulation/throttling.”

In an interview unpacking the results on Anderson Cooper 360 on Tuesday night, Dr. Blue defined the legal definition for the host:

“Throttling means that someone was strangled by human force. There was no mechanical force involved.”

Explaining why the distinction is necessary in documentation, he said:

“People can be strangled by other means. We have seen people on snowmobiles who run into a wire — that would be strangling by a mechanical event. But this was, we believe this was strangling by a human being.”

And of course “manual” means with one’s bare hands. Naturally that implies a sort of intentionality, as opposed to reckless disregard. When you put a knee or elbow on someone’s neck, you obviously can choke them to death. But when you wrap your hands around their throat, you intend to choke them to death.

While he didn’t use those words, Dr. Blue absolutely implied that was the exact way Gabby was killed. When Anderson asked how authorities knew for sure it was done by a human, the coroner answered:

“Mainly because only humans have opposable thumbs. There is no evidence that this was done by any animal as far as the cause of death.”

And that’s how you know for sure this was done by human hands. They could tell someone’s fingers and thumb were wrapped around the terrified girl’s neck. Just awful.

Blue did answer for something he perhaps shouldn’t have said during the press conference. While speaking about the case, he referred to Gabby as just one of many “people who are involved in domestic violence” — implying the involvement of boyfriend Brian Laundrie, something he explicitly said at the time he couldn’t speak to.

When Anderson asked about that phrasing, the coroner corrected himself:

See the full interview (below):

Over on Fox News Digital, a top forensic pathologist who did not work on the case — and therefore wasn’t afraid to say too much — gave more insight into the findings that had been released.

Dr. Cyril Wecht, who worked on the JonBenét Ramsey case among others, told the outlet the fact they can pinpoint manual strangulation — as opposed to ligature strangulation — tells us even more than we think:

“Manual strangulation produces more anatomical injuries than ligature … you can strangle someone with the ligature without breaking anything underneath. Ligature, would not have been able to make that determination after three or four weeks because the soft tissues would have been decomposed and shrunken, dehydrated and the ligature, if there was one, might or might not have still been in place.”

Wecht says for them to determine it so much later, there must have been “anatomical defects of one or more fractures to the structures in the neck.”

In other words, her neck was crushed in some pretty strong hands.

The forensics expert, while as disappointed as the rest of us not to have been given more information, said the authorities seemed to have done everything they could when it comes to examination. He did note, though, that two of the exams Dr. Blue mentioned — forensic entomology and toxicology — have “nothing to do with strangulation.” Is that, then, why the toxicology results have not come out? Do they tell authorities something else about the case? You’d think if they were clean, that would be an easy inclusion in the press conference.

As for forensic entomology, scientists can use knowledge of insects on and around the body to help determine cause and especially time of death.