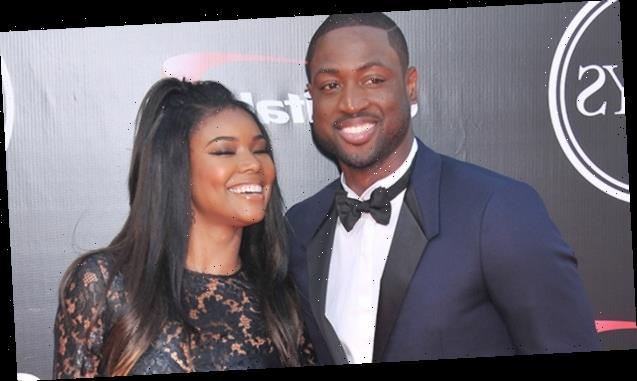 Dwyane Wade is collecting birthday gifts before he turns 39 on Jan. 17! Gabrielle Union surprised her husband with a 1988 Mercedes Benz convertible, and the amazing moment was caught on camera!

Gabrielle Union is making us all look really bad when it comes to giving gifts. The L.A.’s Finest actress, 48, surprised husband Dwyane Wade with an early birthday gift on January 10 — seven days before the Miami Heat legend turns 39. She gifted her man a new whip, but it wasn’t just any ordinary car. Gabrielle managed to track down a vintage 1988 Mercedes Benz convertible in white.

Dwyane capped off the weekend with the lavish surprise, which was caught on camera by his 18-year-old son, Zaire. In the video, Gabrielle escorted her husband outside of their house, where the classic car was parked out front. Off-camera, a group of loved ones can be heard yelling, “Surprise!” as D-Wade stood on the porch in shock.

Before he inspected the car up close, Dwyane leaned back to give his wife, who he shares 2-year-old Kaavia Union Wade, a kiss. He thanked the actress for the unexpected surprise before she followed him to the car, which was topped with a massive white bow. The new whip also features camel-colored interior and a dark brown convertible top.

“One week before I turn 39 and @gabunion has already started with the surprises,” Dwyane wrote in the caption of his Instagram post, adding, “She just raised the bar #1988 Classic!” In a followup post, which featured a stunning photo of the vintage vehicle, Dwyane added that Gabrielle “raised the bar”. The couple’s celebrity friends, including Olivia Munn and rapper Dre, shared celebratory comments.

Gabrielle re-posted videos from the sweet surprise to her Instagram Stories — one of which showed Zaire filming his dad, who was still stunned over his early birthday gift. “What do they know about this?” the young baller said in the clip, to which Dwyane just shrugged his shoulders in disbelief. Zaire, who a captured a closer look at the inside of the car, noted that his pops is on that “old school vibe.” Additionally, Dwyane shared a photo of himself driving the car while daughter Zaya Wade sat smiling in the front seat.