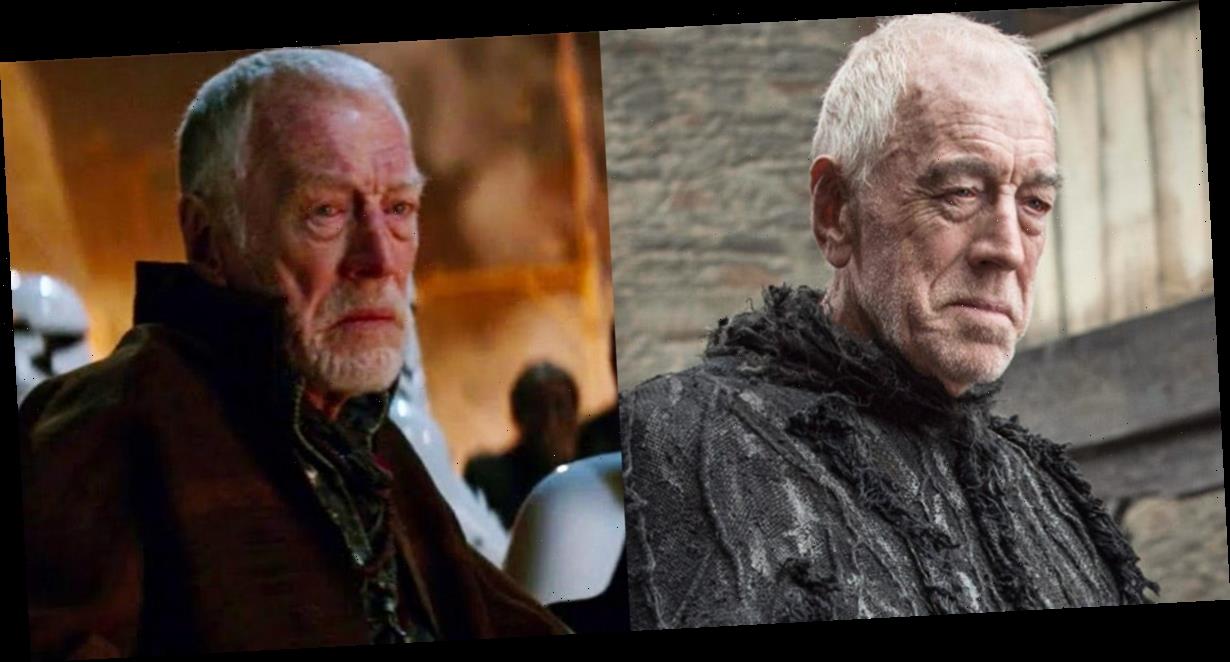 Max von Sydow, the tall, tragic-faced Swedish actor whose name was virtually synonymous with the films of Ingmar Bergman, has died. He was 90.

Variety has confirmed that the actor died on Sunday.

Von Sydow, who became Bergman's symbol for the modern man in such films as "The Passion of Anna" and "Shame" after making his Bergman debut as the errant knight in "The Seventh Seal," also had an unusually prolific career in Hollywood and international films.

He made his American debut in the role of Jesus Christ in George Stevens' turgid 1965 epic "The Greatest Story Ever Told" and went on to make strong impressions with audiences in "The Exorcist," Woody Allen's "Hannah and Her Sisters," David Lynch's "Dune," "Three Days of the Condor," "Hawaii," "Conan the Barbarian" and "Awakenings."

Von Sydow worked for other Scandinavian directors as well, drawing an Oscar nomination for his role in Bille August's "Pelle the Conqueror" and starring in Jan Troell's acclaimed two-part epic "The Emigrants" and "The New Land."

Most recently, the actor starred in "Game of Thrones" as the Three-Eyed Raven. He also appeared in "Kursk: The Last Mission" (2018) and "Lego Star Wars: The Force Awakens" (2017). In 2014 he was cast in J.J. Abrams' continuation of the "Star Wars" saga, "Episode VII — The Force Awakens" as Lor San Tekka.

In 1955, the young actor was spotted by Bergman, for whom von Sydow worked onstage for a year before starring in "The Seventh Seal," the film that put the director on the international map.

Von Sydow became Bergman's on-screen alter ego and a regular Bergman player along with Gunnar Bjornstrand, Ingrid Thulin, Bibi Andersson, Gunnel Lindblom and Liv Ullman. He starred in "The Magician" and "The Virgin Spring" (a heart-breaking performance) and had a small role in "Wild Strawberries." Von Sydow also starred in Bergman's more personal, contemporary films such as "Hour of the Wolf," "Shame," "Through a Glass Darkly," "Winter Light," "The Passion of Anna" and "The Touch." His clouded countenance expressed Bergman's spiritual anguish with modern life.

He continued to appear onstage in Sweden and appeared briefly on Broadway twice: in 1977 in the Strindberg portrait "The Night of the Tribades," which also starred Bibi Andersson and Eileen Atkins, and in 1982 opposite Anne Bancroft in "Duet for One."

Despite such stage work, however, von Sydow worked regularly in English-language films, becoming one of the few foreign actors to do so. He was cast, somewhat strangely, in the central role of Christ in Stevens' 1965 widescreen epic "The Greatest Story Ever Told," and for several years in villain-type roles in films such as "The Quiller Memorandum," "Hawaii," "The Kremlin Letter" and "The Night Visitor."

He was the central figure in William Friedkin's 1973 blockbuster "The Exorcist" and would reprise the role of Father Merrin in "Exorcist II: The Heretic," directed by John Boorman in 1977.

He also played the title role in the philosophical but bizarre film adaptation of Herman Hesse's "Steppenwolf," in 1974, and he racked up more bad-guy roles in "Three Days of the Condor" (menacing assassin), "Flash Gordon" (comicbook supervillain) and the James Bond film "Never Say Never Again" (it is said von Sydow had been offered the role of Dr. No, which he turned down in favor of the Christ role in "The Greatest Story Ever Told"). He even played Satan in 1993's Stephen King adaptation "Needful Things."

"Because I am a Swede, not an Englishman or an American, the parts I'm offered are always foreigners. And there aren't that many American films with nice foreigners. Mostly they're villains, and villains are usually too much cliche," he once said.

He also took unchallenging roles in the likes of "Conan the Barbarian" and "Judge Dredd" but had a somewhat more complex part in Lynch's "Dune" adaptation.

Occasionally more was demanded of him, and he worked extensively with another Swedish director, Jan Troell, first in the multipart "4 x 4," in 1965, then in two-part epic "The Emigrants" and "The New Land," with Bergman co-star Liv Ullman, in the early '70s and Troell's Hollywood failure "Hurricane" in 1979. He later starred as the hard-working prole in Bille August's "Pelle the Conqueror," for which the Academy finally recognized him, nominating von Sydow for best actor. He subsequently starred in August's "The Best Intentions" in 1992 and had a role in August's "Jerusalem" in 1996.

Also in 1996, the actor starred again for Troell: The New York Times said, "In 'Hamsun,' Jan Troell's epic study of the author's fall from grace, Max von Sydow gives a career-crowning performance as the cranky, hearing-impaired writer who marched to a different political drum from most of his countrymen."

Von Sydow also found time that year to do a stirring turn in director Ullman's "Private Confessions," based on a script by Bergman.

But it was not only Scandinavian helmers that drew the best from him: Italian director Francesco Rosi used the actor to good effect in his 1975 political tale "Cadaveri eccellenti," and Woody Allen gave him an introspective role as a tortured artist in "Hannah and Her Sisters." He also starred in Andrei Konchalovsky's film version of "Duet for One," opposite Faye Dunaway; as a good-hearted German ship's captain in "Voyage of the Damned"; and in Wim Wenders' "Until the End of the World."

In 1988 he dipped into directing with a Danish-language adaptation of Herman Bang's novel "Katinka."

Von Sydow was nominated for an Emmy in 1990 for his role in the HBO thriller "Red King, White Knight."

In 1991 he provided the narration of Lars von Trier's "Europa," and the following year the actor rose above the material and gave a fine, funny performance in European co-production "The Silent Touch."

Variety was pleased with Von Sydow's performance in 1999's mediocre "Snow Falling on Cedars": "By far the most delightful member of the cast is von Sydow, who now looks like a beautifully aged carved statue and has a great time providing intelligent and wryly hammy nuances to his characterization."

During the 2000s, as the actor headed into his 70s, he was somewhat less busy, with roles in the high-profile "Minority Report," "Rush Hour 3," "Shutter Island" and "Robin Hood"; he also recurred as Cardinal Von Waldburg on Showtime's "The Tudors."

Von Sydow had a small role in 2007's critically acclaimed "The Diving Bell and the Butterfly" and was so grateful for the excellent script that he wrote a thank-you letter to screenwriter Ronald Harwood. The actor told the New York Times that, in his late 70s, he was working less only because of the dearth of quality material.

(Musing on the actor's long list of roles in less than top-quality films, Vincent Canby declared in 1992, "Since his vintage years with Ingmar Bergman, Max von Sydow has seemingly worked without stop around the world playing roles that don't come up to his instep…. He's one of the cinema's great underused resources.")

In 2011 von Sydow appeared in Stephen Daldry's post-9/11 drama "Incredibly Loud and Incredibly Close" as a grandfatherly but mute figure. The Village Voice said, "The standout performance, unsurprisingly, is from 82-year-old von Sydow who, communicating with brief notes on tearaway notebook pages and 'Yes' and 'No' tattoos on his palms, puts a profound amount of nuanced inflection behind every accompanying expression."