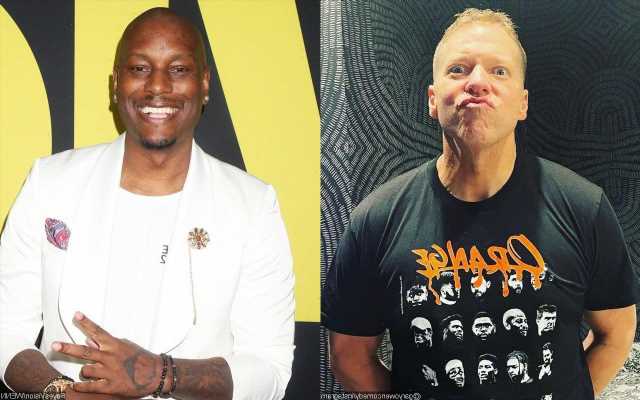 The comedian shares during his appearance on T-Pain’s podcast that he was once confronted by the ‘Fast and Furious’ star for his jokes about the actor on Twitter.

AceShowbiz –Tyrese Gibson is apparently not a fan of Gary Owen and his jokes, especially if it’s about him. The comedian shared during his appearance on T-Pain‘s podcast that he was once confronted by the “Fast & Furious” star.

“You wanna know who doesn’t like me? Tyrese!” Gary revealed, earning laughter from everyone. “I tell you, that motherf**ker hates me. We was at LaLa’s reality show debut party when she had Full Court Life. We’re at the party–I’d met Tyrese before! I thought we was cool.”

The comedian added, “So, the girl he was dating at the time, I knew her,” explained Gary, adding that the woman wanted to introduce him to the actor. “So, I go up, I got my hand like this like, ‘What’s up, man!’ This motherf**ker was against the column, had an L.A. Dodger hat on.”

Gary noted that Tyrese didn’t seem to be happy to meet him. Further recounting the moment, Gary went on to say, “He goes, ‘Ay, man. I’m just real, just real.’ I went, ‘You’re Tyrese.’ I was like, did he change his name? And then he goes, ‘Ay, man, you be talkin’ ’bout me on Twitter.’ So I said, ‘No, I don’t.’ So, I’m in denial mode, right?” Gary then alleged that Tyrese actually screenshot his tweets about him and sent them to Gary.

Of what he actually talked about Tyrese on Twitter, Gary said that he tweeted about watching “Transformers” and “waiting on Tyrese to give the Decepticons relationship advice so they could get along with the Autobots.” He also trolled Tyrese as he wondered why Tyrese continues to give so much relationship advice while he’s divorced.

Upon learning Gary’s story, fans seemingly joined him in mocking Tyrese. “Tyrese is Sensitive with a capital ‘S’,” one person said. “Tyrese bout to post a video crying and explaining,” someone else added.

“Tyrese just allll in his feelings with the screenshots and everything he don’t play no fake s**t, Periodt!” another person added. “Tyrese is a Crybaby Period,” one other echoed the sentiment.