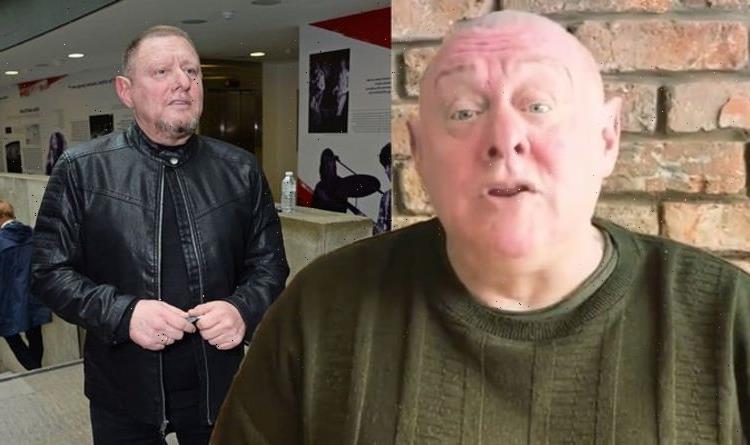 Shaun Ryder, 58, was previously given the all-clear for cancer after undergoing a series of tests. The Happy Mondays singer compared the pain to having toothache in his particularly sensitive area and admitted regret over not having the cysts removed when he had the chance before lockdown.

Shaun shared: “I had one, now I’ve got f***ing two, and they are an absolute pain.

“I just keep taking the tablets and painkillers as they are hitting the nerves in my b**ks.” (sic)

The 58-year-old musician explained to The Sun: “It’s like having really bad toothache in your balls.

“I can have the growth chucked out but I should’ve gone before lockdown.”

The NHS website states that lumps and swellings in the testicles “can have lots of different causes, with most being caused by something harmless, such as a build-up of fluid (cyst) or swollen veins in the testicles (varicocele)”.

However, people are encouraged to avoid self-diagnosing and always see a GP to get it checked out.

Shaun previously claimed that his medication was improving his libido and quipped that he felt as if he was 21 again.

Appearing on Channel 4’s Stand Up & Deliver in February, where celebrities were tasked with learning stand-up comedy in order raise money to help fight cancer, the Manchester legend claimed he was “probably on more drugs today than in the Happy Mondays heyday”.

Cataloguing his medicine, which including treatment for an under-active thyroid as he struggles with severe allergies and blood pressure pills, Shaun revealed he was also on testosterone replacement – and his wife was enjoying the benefits.

He shared: “But my wife is well satisfied with the testosterone treatment as all that went at the end of my 40s, so I’ve been on it for about 12 years now.

“So, yeah, it was like being 21, but without all the headaches of what goes with being 21.”

Shaun also caught coronavirus last year from his two young daughters who were asymptomatic at the time.

He shared how he began to feel “pretty s**t” afterwards and was out of action for “three weeks”.

Opening up on how he first caught the virus, Shaun told Express.co.uk: “I had been one of them people that was out and about for work. And I think I’ve been in a few, you know, a few places, the Midlands and that.

“Then when I got home and walked through the door after being away for a couple of weeks.

“But as soon as I walk through the door, I caught it in the house. So it was pretty s**t.

“I mean, I was out of action for about three weeks.”

One of the side effects of having COVID was Shaun could only manage to eat fruit, as it is known to play havoc with sufferers taste buds.

He continued: “The thing would only let me eat fruit! All I was eating was pears and bananas.

“And then, you know, then just for a month after I got rid of it, at least one or two days a week I just crashed and couldn’t get out of bed. Like long COVID a bit really.”