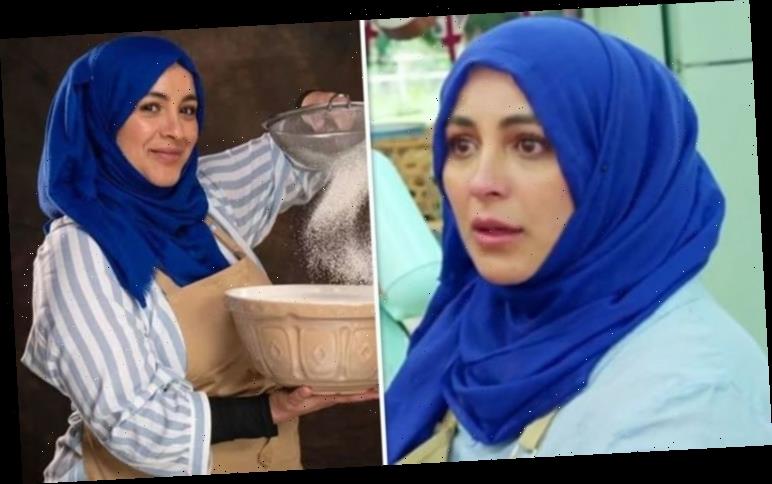 Great British Bake Off 2020’s Sura Selvarajah, 31, became the latest contestant to leave the Channel 4 show on Tuesday. Today, she took to Instagram to issue a warning to trolls after becoming a target of online abuse.

Taking to her Instagram story, she shared positive messages from fans, who said they’d miss her on the show.

Sura then followed up her post with a warning to those who had sent her abusive remarks.

In view of her 8,533 followers, she wrote: “Please be warned, if anyone chooses to send me dm’s with abusive words or content, you will be blocked from this account as reported.”

Ahead of this, she told fans she was starting the day with “gratitude”. 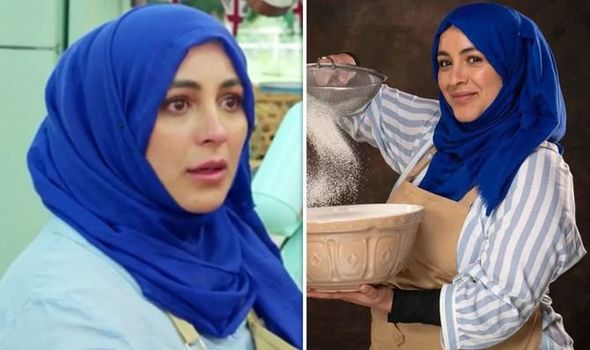 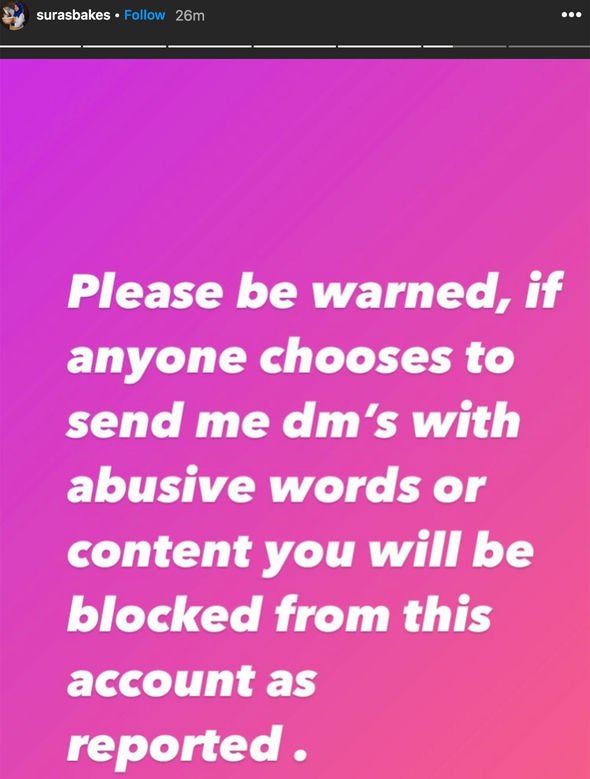 The baker was voted out of the competition after serving raw dough in her celebration cake as part of chocolate week.

Following her exit, the show released an open letter in which she reflected on her time inside the tent.

She wrote: “What an amazing journey was this year’s Bake Off?

“I think we were fortunate to be grouped up together and 12 strangers became friends and then family in a matter of weeks. 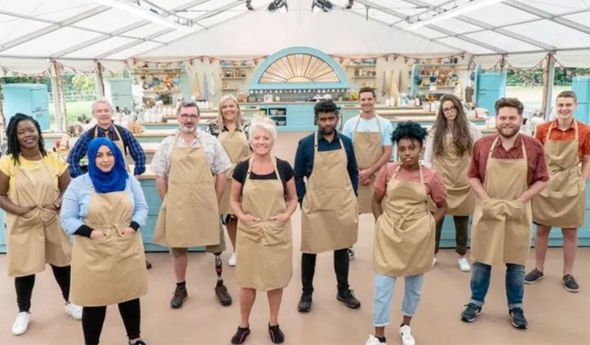 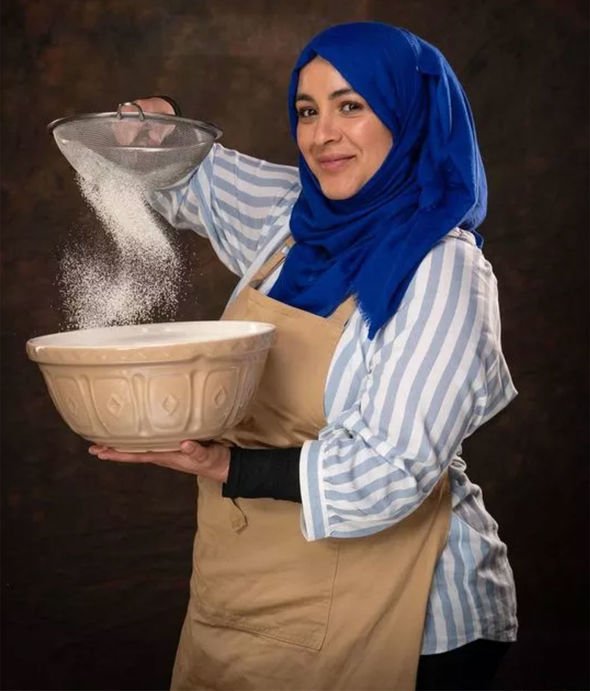 “I will forever cherish my time on The Bake Off. Class of 2020 most definitely had the best summer,” she wrote.

Sura concluded her post describing her time as a “lifetime experience [she] will cherish forever”.

The show also tweeted about the contestant’s exit on their Twitter page.

“It’s been wonderful having her, her bakes and her fabulous sense of humour in the Bake Off Tent. #GBBO.”

Yesterday, the baker took to her Instagram page to share a picture of her latest creation in tribute to the show.

As part of a lengthy message, she said her chocolate cake was a “thank you to all the production crew @lovegbbo @britishbakeoff”.

She added: “From the amazing directors, judges, hosts, down to the most amazing runners who couldn’t do more for us, the 11 most brilliant and kind bakers and everyone else who made it possible.

“For me to have the most amazing experience – including my husband who nudged me gently to do it and then sacrificed so much for me and of course my brilliant parents, this is my take on the British Bake off cake.

“Of course I didn’t listen and I’ve made it my own with the classic decadent chocolate sponge and my twist on it – raspberry ganache and a white chocolate sleeve.

“Now I’m off to take some to the neighbour because sharing is caring.”

The Great British Bake Off airs Tuesdays at 8pm on Channel 4.