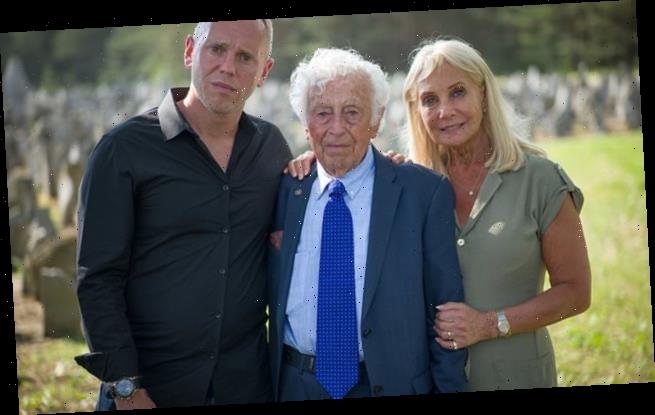 My Family, The Holocaust & Me With Robert Rinder

Tears are the stock in trade of every family history show. We’d feel cheated by Who Do You Think You Are? or The Repair Shop if someone didn’t have a little weep over memories of a dearly loved grandma.

But the grief that poured out came from much deeper, more bitter wells in the second part of Robert Rinder’s pilgrimage to the site of the Nazi extermination camp where his mother’s relatives were slaughtered, in My Family, The Holocaust & Me (BBC1). 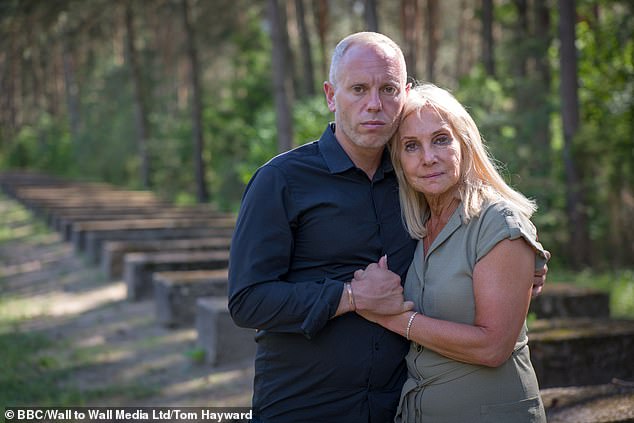 Robert Rinder and his mother, Angela, travelled to the site of the Nazi extermination camp in  Treblinka in eastern Poland where his mother’s relatives were slaughtered, in My Family, The Holocaust & Me (BBC1)

Rinder and his mother, Angela, travelled to the memorial ground where the gas chambers stood in Treblinka in eastern Poland.

Their distress, as they learned how new arrivals were stripped and killed in this human abattoir, was gut-wrenching.

By the end, Angela could barely stand. It was plain to see why her son had always felt too protective of her feelings to ask how her family were murdered.

‘This is so much more painful than I thought it was going to be,’ she whispered. ‘It’s so sad, Rob, it’s so sad.’

The sorrow of Leon Rytz, at 92 the last living survivor of Treblinka, was of a different sort — caused not by shock and anger, but by overwhelming pain.

‘My family is here,’ he said, his voice breaking. ‘My sisters, my brother, everybody.’ He covered his face with his hands and shook, as Angela held him. ‘Life is very difficult.’ 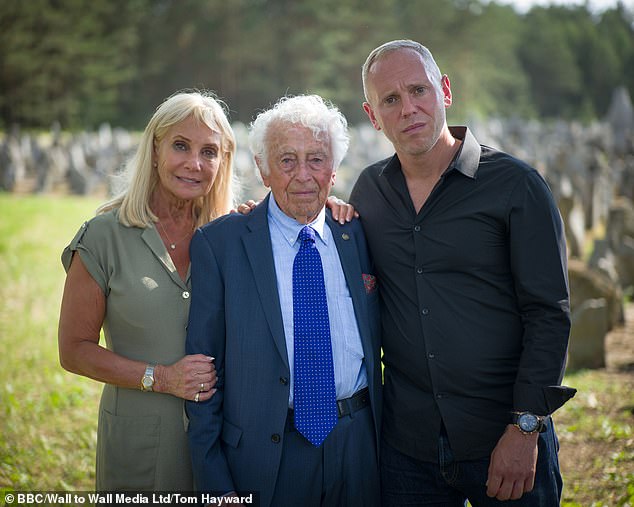 The sorrow of Leon Rytz (pictured centre), at 92 the last living survivor of Treblinka, was of a different sort — caused not by shock and anger, but by overwhelming pain. ‘My family is here,’ he said, his voice breaking. ‘My sisters, my brother, everybody.’

Leon was 15 when he was brought to the camp, where a friend of his father recognised him and dragged him to one side — away from the queue trooping to the death chamber. He was made to sort the clothes and valuables of the dead for the Nazi guards.

The documentary did not press Leon for details of his escape, perhaps because the old man was too frail and emotional.

This was his first return to Treblinka in 75 years.

Three years ago, he told the Times Of Israel how his father’s friend, Jozef Kaufman, strangled a guard and took his bayonet, before with reckless daring they concealed themselves in a railway carriage leaving the camp.

Using the bayonet, as the train sped across occupied Polish territory, they prised open the wagon door and leapt into the darkness. Leon and Jozef survived, but a third man was killed by the fall.

Seeing that every trace of the camp was gone, except some track and the stones that stand as memorials to the dead, seemed to help him.

‘I am not angry,’ he told Rinder. ‘You must see in the future, much better, and hope we never, never be like this again.’

Any such profound sense of history was entirely absent from much of Omid Djalili’s new daytime quiz show, Winning Combination (ITV).

It’s strange to see a contestant stare at a board with names of 20th-century British Prime Ministers and admit she has never heard of Clement Attlee, Harold Macmillan and others. 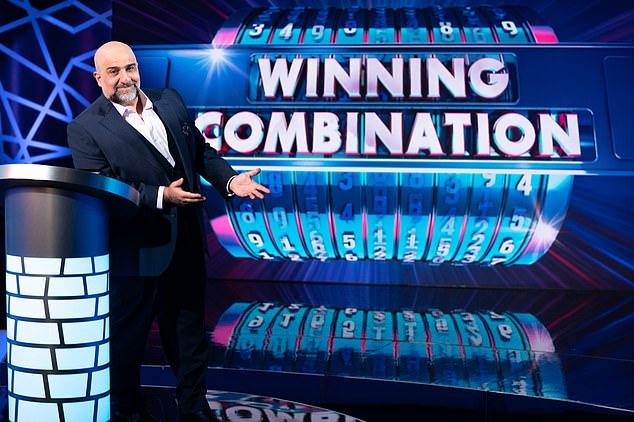 Any such profound sense of history was entirely absent from much of Omid Djalili’s new daytime quiz show, Winning Combination (ITV).

This is comedian Omid’s first stab at a gameshow, and he was relying heavily on scripted quips.

One contestant revealed she used to work as a ‘trolley dolly’ or air hostess, and had served actors Rowan Atkinson and John Malkovich.

‘I didn’t know they went on holiday together,’ Omid shot back.

But he was too quick to give hints. Trying to pick his answer in a film category, a player called Spencer mused: ‘I think Spielberg directed E.T.’

‘Gotta be!’ replied the quizmaster, and Spencer didn’t need any second bidding. He answered ‘E.T.’ and won the point.

How the rules work is still anyone’s guess. This format is fast, but it needs work.

A real baptism of fire: Embers fell in a fiery blizzard from the cathedral ceiling, molten lead poured from the gargoyles and novice firefighter Marie-Ange told how this was her first blaze, in The Night Notre Dame Burned (BBC4). Hollywood couldn’t have made it more dramatic.